Stacy Morford, Author at State of the Planet - Page 2 of 7 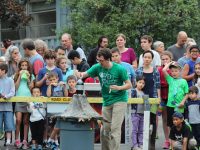 Getting Hands-On with Science at Lamont: Open House 2016

Thousands of visitors toured the labs and crowded around demonstrations at Lamont-Doherty Earth Observatory’s Open House on Saturday, often jumping in to help. 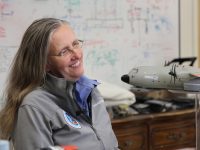 The American Geophysical Union election results are in, and three Lamont-Doherty Earth Observatory scientists will be taking key leadership roles in the internationally influential Earth and space sciences organization. 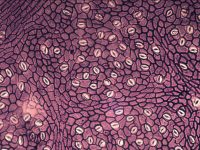 Twenty-three million years ago, the Antarctic Ice Sheet began to shrink, going from an expanse larger than today’s to one about half its modern size. Ancient fossilized leaves retrieved from a lake bed in New Zealand now show for the first time that carbon dioxide levels increased dramatically over a relatively short period of time as the ice sheet began to deteriorate. 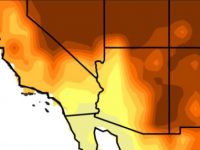 As the American Southwest grows hotter, the risk of severe, long-lasting megadroughts rises, passing 90 percent this century if greenhouse gas emissions continue at their current pace, a new study from scientists at Lamont-Doherty Earth Observatory says. Aggressively reducing emissions can cut that risk. 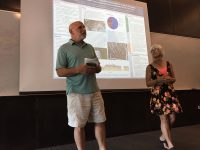 Bob Newton: Building the Next Generation of Scientists

Bob Newton, an oceanographer who leads the SSFRP, an intensive summer fieldwork program for high school students at Lamont-Doherty Earth Observatory, just won Lamont’s 2016 Excellence in Mentoring Award. His students explain how he has changed their lives. 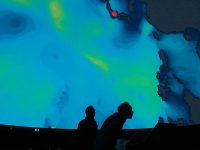 Listening to Earthquakes – From Inside the Earth

Lamont scientist Ben Holtzman and the Seismic Sound Lab take viewers on an entirely new sensory experience to see, hear and feel earthquakes from inside the planet. 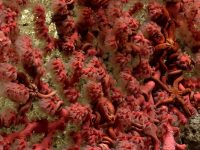 Only a few people have ever explored deep inside the seafloor canyons that President Obama just designated a national marine monument. Bill Ryan is one of them. In this podcast he describes what his team saw and learned. 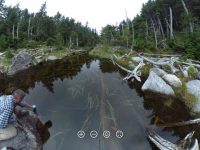 How Safe is the Hudson? Scientists Test the River, Adirondacks to Ocean

A team of scientists conducted an unprecedented health check of the entire Hudson River system, from its source to New York Harbor. This is what they found. 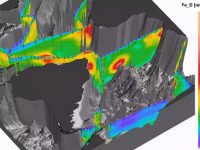 Project Maps the Chemistry of the World’s Oceans

Until recently, too little data existed about the distribution of trace elements and nutrients in the oceans to provide a global picture. In 2002, a group of scientists connected with Columbia University’s Lamont-Doherty Earth Observatory set out to fill those gaps. 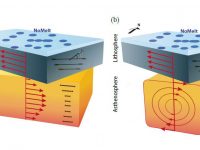 New Study Upends a Theory of How Earth’s Mantle Flows

A new study carried out on the floor of Pacific Ocean provides the most detailed view yet of how the earth’s mantle flows beneath the ocean’s tectonic plates.