adaptation Archives - Page 2 of 9 - State of the Planet 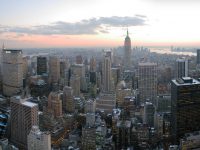 Cities: the Vanguard Against Climate Change

Cities are leading the fight against climate change. Here’s what some of the most forward-looking ones are doing. 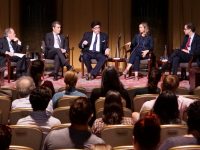 The Earth Institute hosted a panel focused on how New York City, and other cities like it, can take steps to become stronger and more resilient in the face of climate change. 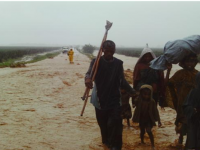 Researchers are investigating if the projected increase in climate change-generated droughts, floods, heat waves and other intense short-term occurrences will result in increased shocks that could jeopardize food security worldwide. 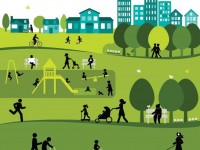 Anchor Institutions and their Significance to Community and Economic Development

Partnerships between anchor institutions and local organizations and businesses are vital to solving problems in localities and regions. Through engagement, investment and collaboration, anchor institutions can continue to play a crucial role in providing significant social and economic development opportunities to the communities in which they operate.

A new report gives a worrisome picture of climate-related problems the New York region will likely face this century. Temperatures are projected to rise, extreme precipitation and heat waves will be more frequent, and sea level could rise as much as 6 feet.

Because of climate change, spring, summer, fall and winter in the temperate zones are all arriving on average 1.7 days earlier than they ever have before. The changing climate with its more extreme weather is affecting many plant and animal species, disturbing their habitat and disrupting ecosystem functioning. How will plants and animals deal with these challenges?

Vital Signs is a key part of Tanzania’s new Agriculture Climate Resilience Plan, which presents a strategy for sustainable agricultural development in the face of shifting rainfall patterns and other effects of a changing climate.

What Everyone Should Know About Climate Change

Climate scientist William D’Andrea of the Lamont-Doherty Earth Observatory asked young scientists attending a symposium last October, “What do you wish everyone knew about climate change?” He turned the responses into this video, which covers the topic pretty well.

Climate scientist Radley Horton, one of the lead authors of the National Climate Assessment report released this week, will answer your questions in an “ask me anything” session on Redditt on Friday starting at 11 a.m.

Developing countries are more likely to see a drop in agricultural productivity and increased food prices due to climate change, particularly in tropical regions, according to a set of new studies out this week.