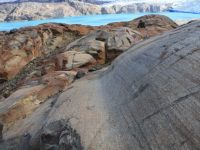 An interdisciplinary team of scientists has discovered that, contrary to general scientific belief, iron in nondissolved particle form can stimulate phytoplankton growth, and that the chemical form that particulate iron takes is critical to ocean photosynthesis. 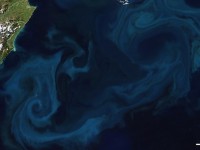 Over the past half-million years, the equatorial Pacific Ocean has seen five spikes in the amount of iron-laden dust blown in from the continents. In theory, those bursts should have turbo-charged the growth of carbon-capturing algae, but a new study shows that the excess iron had little to no effect.