Urban Archives - State of the Planet 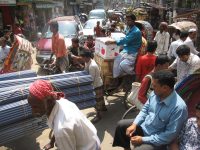 Billions of people in thousands of cities around the world will soon be at risk from climate-related heat waves, droughts, flooding, food shortages and energy blackouts by mid-century, but many cities are already taking action to blunt such effects, says a new report from a consortium of international organizations. 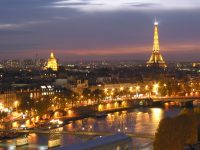 Cities Are Key to a Sustainable Future

Get a sneak peek at the major takeaways from The Sustainable City, the latest book by Earth Institute executive director Steve Cohen. Available now from Columbia University Press. 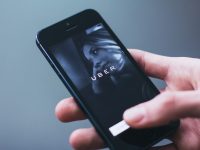 A growing aspect of sustainable urban living is the “sharing economy.” Sharing has always been a part of urban life; we have long shared books in public libraries, nature in parks, and seats on the stoops of row houses. But in the past few years, cities have seen a significant revival and acceleration in sharing activity and innovation. 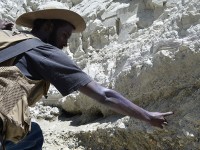 Upcoming Scientific Fieldwork, 2015 and Beyond

On every continent and ocean, Earth Institute field researchers study the dynamics of climate, geology, ecology, human history and more. Here is a list of expeditions going on this year, and beyond.

Roads: An Essential Element of Development

Roads data are critical to planning and development of rural transportation in developing countries, where better transportation systems can help improve livelihoods.

by Center for International Earth Science Information Network |May 16, 2013

A New Primer on Sea Level

The threat of sea-level rise–actually, its ongoing reality–has been on many more minds since New York and surrounding areas were walloped during Hurricane Sandy by a record-high storm surge, abetted by a water level that has risen steadily over the last century. That level will keep rising if climate keeps warming, and so, probably, will the frequency of extreme weather. That is why the new book Rising Seas: Past, Present Future by geologist Vivien Gornitz is a timely and important contribution to helping people understand the issue.

Based on a model used by the U.S. Federal Emergency Management Agency (FEMA), the map shows coastal areas likely to have been inundated by the storm surge resulting from Hurricane Sandy, in relationship to residential population.