Fluoridation of Water: Communist Conspiracy, Genuine Threat or Both?

Who can forget the scene from Kubrick’s classic movie Dr. Strangelove of screws-loose General Jack D. Ripper pontificating to straight-laced British group captain Lionel Mandrake about the dangers of fluoride in water—even as machine-gun fire tears up his office?

“Mandrake,” says Ripper, “Have you ever seen a Commie drink a glass of water?”

“Vodka, that’s what they drink . . . on no account will a Commie ever drink water, and not without good reason . . . Have you never wondered why I drink only distilled water, or rainwater, and only pure-grain alcohol? Have you ever heard of a thing called fluoridation of water? Do you realize that fluoridation is the most monstrously conceived and dangerous Communist plot we have ever had to face?”

And thus—though I doubt Kubrick intended it this way—to question the wisdom of lacing the drinking water supplies of millions of Americans with trace amounts of a highly poisonous neurotoxin puts one on the side of the delusional general who (in the movie) brought about the end of civilization as we know it. But is suspicion of fluoride in drinking water completely crazy? Not according to the Flouride Action Network, an international coalition that seeks to bring public awareness to the issue of fluoride toxicity.

A just-released study from the National Institute of Environmental Health Sciences that FAN cites connects fluoride in drinking water with higher levels of fluoride in the blood; higher fluoride exposure was correlated with lower intelligence among children, even when controlling for age, sex, parent education and income level. The study looked 512 children from two villages in China.

According to Paul Connett, the director of FAN, “This is the 24th study that has found this association, but this study is stronger than the rest.” The reason is that the researchers controlled for “key confounding variables” while also correlating the lowered IQ to fluoride blood levels. “This brings us closer to a cause and effect relationship between fluoride exposure and brain damage in children,” he said.

It must be pointed out, of course, that fluoride-contaminated water in rural China is a naturally occurring phenomena involving leaching of the element into groundwater supplies. Fluoride poisoning is a well-known phenomena in some regions, often associated with overexploitation of groundwater.

In the United States, however, fluoride is deliberately added to over 70 percent of municipal water supplies. Public health authorities claim that at this level, fluoride actually has a substantial public health benefit by preventing tooth decay. In fact, the Centers for Disease Control and Prevention “has recognized the fluoridation of drinking water as one of ten great public health achievements of the twentieth century . . . fluoridation is the single most effective public health measure to prevent tooth decay and improve oral health over a lifetime, for both children and adults.”

The idea of fluoridation started in the early 20th century when researchers began studying “Colorado brown stain” in children from the Pikes Peak region in Colorado. Colorado brown stain is now known as dental fluorosis, a condition characterized by staining, mottling, cracking and pitting of teeth. However, researchers also noticed that children with dental fluorosis also had fewer cavities.

By the 1940s, scientists were experimenting with putting fluoride in municipal drinking water as a public health measure to prevent tooth decay. Some who have looked at the story have suggested that the process was not entirely benign, and was in fact supported by industry giant like the aluminum processor Alcoa, which needed somewhere to offload otherwise toxic fluoride by-products from manufacture. Alcoa actually faced serious lawsuits for poisoning farms around their plants with fluoride.

So which is it? Is fluoridation of water a public health boon, or a catastrophe of epidemic proportions? A result of sound, well-studied and good-faith science or an industrial conspiracy?

While the medical establishment has, overall, continued to support low-dose fluoridation of water as a means of combating tooth-decay, it appears to me that the case is not closed. In 2006 the National Research Council released a study of the safety and efficacy of water fluoridation; the results seem, at the very least to give pause.

Is fluoridation effective? Countries that do no fluoridate their water show a similar decline in tooth decay. Source: Flouride alert, based on WHO data.

As Dr. Kathleen Thiessen, one of the researchers on the panel put it, “I think it’s important to know that our committee unanimously said that the existing regulatory limits for fluoride in drinking water are not protective. We did that on the basis of health effects that have long been associated with fluoride: dental effects and skeletal effects.”

The researchers pointed out that fluoride can weaken bones and increase the risk of fractures. They suggested it could also cause stiffness and joint pain. Panel researchers expressed concern also about the thyroid effects of fluoride.

As Dr. J. William Hirzy, Vice President, Environmental Protection Agency’s Headquarters Union put it, “The difference between the levels of fluoride causing toxic effects and the levels added to water to prevent tooth decay is vanishingly small and deeply troubling.”

But there is also a bigger issue at stake. It can be argued that fluoridation of water is a form of large-scale compulsory medication—one from which it is very difficult to opt-out and for which the side effects are (still) not known. Unlike vaccinations to prevent communicable disease, it cannot be argued that not participating in fluoride consumption increases the risk of disease in others.

A study in Japan recently suggested that low doses of lithium in drinking water curbed suicide rates—not surprising given the drug’s use to mellow out bipolar disorder. But does this mean we should start putting lithium (which has its own potent side effects) in the water as a public health measure? 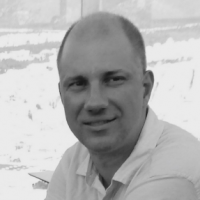 The U.S. Department of Health and Human Services said just last week that Americans are getting too much fluoride, and lowered the fluoridation of water limits. The department says that 2 out of 5 adolescents show signs of dental fluorosis, or discoloration of teeth caused by too much fluoride. While the health officials downplayed the significance of this turnaround, it’s sure to spark a renewed controversy on the issue.

of course, the link is broken. Bezos owns amazon, and wapo, so…

Hi there, I don´t think we have to worry too much about it, the levels of fluoride in water are extremely low and should not affect ou health.

Title should be “Fluoridation of Water: Communist Conspiracy, Genuine Threat or Neither?”with the obvious answer being neither. Stop sensationalizing a non-issue.

Its the way to do things and get away with it. You let the story out that its a communist conspiracy, crazy people run with it and reasonable people reject it and accept the poison. Its the same with global warming and vaccines. Real science is left out of those binary debates.

Interesting article, but two points are worth noting.

1) My late father was a leading fluorine chemist who spoke as a keynote lecturer at the international fluorine chemistry symposium and was very strongly against fluoridated water. Not because he disputed the potential health benefits, but because he agreed with Dr Hirzy: the difference between a therapeutic dose and a toxic dose is too small to be take chances with. And the idea that some relatively unskilled laborer at the local municipal water department could inadvertently toxify a whole community through a mistake was terrifying to him.

2) The argument that vaccination is not a personal decision is specious. All of the research proving the effectiveness and safety of vaccines violates all scientific standards of professional research. No valid placebo studies have ever been performed for vaccines: the “control group” receives a medicine that has all the controversial heavy metals and toxins as the “test group” sans the viral information. This is the only class of medicines protected by law from proper double-blind studies. And if you do your research, the big drop in disease incidence occurs PRIOR to introduction of the vaccine due to improved living conditions: refrigeration of food, central heating, flush toilets to name a few. It is the plumbers and engineers who deserve credit for the decline in disease rates, not the pharmaceutical industry.

As Jon Stewart might say, “the tin-foil hats are right!!!!” Not infrequently the despised or unfashionable opinion proves correct. That is one argument for individual choice. I’d rather be the victim of my own mistakes than someone else’s since at least I’m not indifferent to my welfare. btw scientifically shaky studies are also the main support for anti-depressants and other now-ubiquitous and dangerous nostrums.

My city, Calgary, Alberta, Canada added fluoride to the drinking water starting in 1991 and discontinued fluoridation in 2011. There have been claims made that cavities have increased in children since that time. Our sister city of Edmonton has continued fluoridation of their drinking water and has also reported increased cavities in children. I have not been able to find any studies or numbers from either city to verify the claims and there has been no mention of percentage increase. Claims require data.

So if the fluoride levels in our water are healthy but close to toxic, what happens when I add fluoridated toothpaste and use a fluoridated mouthwash? Am I into the toxic levels now?

MSpalding, as long as you don’t swallow them, you are safe.

The only way that an accurate assessment of the impact of fluoridated water on health is compare the health of people from the same socio-economic backgrounds who live in areas with fluoridated water with those who don’t. It’s also important that the process of fluoridation and the amount used is the same.

You might be very shocked to listen to this academic discussion by Dr Kevin Galalae regarding the real purpose of Fluoride. It certainly has nothing to do with your teeth.

Fluoride in water was used by the Nazi’s on the Jews and it was also used on the Japanese as part of their unconditional surrender. Japan is the only Asian nation that did not have a baby boom.

Listen to this for yourself: https://youtu.be/sl0btO8xxlM

I assure you that after reviewing this lecture, you will never want Fluoride in your water or in your toothpaste or anything. It definitely not in your interest.

The powers that be are not putting fluoride in your water because of concern for your teeth.

In poor nations without a municipal water source, they put fluoride in the salt and in the milk.

I LOVE the ugly truth. Anything horrible, terrible, and destructive is better than any lie to hide and cover-up the truth.