In sub-Saharan Africa, only 63 percent of girls complete their schooling, according to the World Bank. Yet our own research in the Millennium Cities indicates that girls who continue their education will have far greater opportunities, and they will be in a better position to care for themselves and their families.

On Oct. 11, the Millennium Cities Initiative joined LitWorld, the New York-based literacy organization, and a number of other organizations to celebrate the United Nations’ International Day of the Girl by “Standing Up for Girls” and their right to a quality education. We encouraged our supporters to stand in support of heroic girls like Pakistan’s Malala Yousafzai, the 14-year-old education advocate shot by the Taliban just last week, and so many other young girls throughout the world who overcome their own hurdles – however small they may be – for the chance to learn.

A number of the Millennium Cities – as well as several of our sister Millennium Villages Project sites – celebrated by bringing together girls, educators and local officials to rally, march, participate in debates on girls’ issues and express themselves through creative writing and art. Let us give a shout out to them, one by one, and celebrate each site’s STANDING UP FOR GIRLS and their clear commitment to the women of tomorrow!

Standing Up for Girls in Blantyre, Malawi
Girls from 10 primary schools and nine secondary schools led a march, bearing posters with inspirational messages about girls’ education. The march began at their schools and took them to the Blantyre’s Civic Centre, where they were met by the CEO of the City Council and The Minister of Education. Several “role models” – including city leaders and invited guests from the private sector and NGOs – addressed the students. The students expressed some of their feelings about the challenges girls in their society face through songs, traditional dancing and acting. MCI’s Sophie Kalimba said, “We had what I believe was a successful day. The girls where wonderful and their messages through song, dance, poetry and drama were very pertinent and touching.” Standing Up for Girls in Kumasi, Ghana
Thirteen Kumasi middle schools, home to many of Kumasi’s Girls’ LitClubs, marked the occasion with a variety of activities to express their feelings about girls’ education. Among the celebrations:

In all of the schools, students and staff stood up for girls at 12 noon. Florence Aflakpui, a Kumasi public school teacher and Girls’ LitClub coordinator who attended the event at Akosa, reported that she had urged the girls to “pay serious attention to their education since that is the only way they can become fierce, fearless and free,” which has been LitWorld’s theme for this celebration. Standing Up for Girls in Mekelle, Ethiopia
Kisanet School hosted an event, encouraging its more than 40 female students and 16 teachers to express their feelings about girls’ right to an education in a creative manner, including through electronic materials and chemistry projects. Girls were also introduced to a sanitary pad-making project, which stems from two ongoing initiatives in Mekelle (read our blog about it here) aimed at helping to keep girls in school.

Standing Up for Girls in Bonsaaso, Ghana (Millennium Villages Project site)
Cecilia Ama Serwah, the Bonsaaso Gender Education Facilitator reported, “The Gender Education Unit, Ghana Education Service, in connection with Millennium Promise, celebrated World Girls’ Day on 11th October, 2012, at Manso Nkwanta (Bonsaaso). The programme targeted women and girls of exclusion from access to schooling. There was a cadet display by Adubia Senior High Secondary School to commemorate the programme, and a parade inspection was done by the invited dignitaries. The dignitaries invited (The Team Leader-Millennium Promise, District Director of Education, District Chief Executive-District Assembly and District Girls’ Education Officers from different districts) gave a series of encouraging words to the girls to stay in school. They also addressed the gathering, especially parents, to provide the needs of their girl child in school. A number of activities were performed to commemorate this year’s world girls’ day celebration, namely drumming and dancing, poetry recital, role-play and a series of songs by both boys and girls. There was also a success story told by a teenage mother who is now 29 years of age but, with determination, has made it to senior high school. Although she is in school, she is also looking after her child who is now entering senior high school.” Cecilia went on to recommend that, “such gatherings should be made a priority in order to create awareness on the importance of girl child education.” Standing Up for Girls in Pampaida, Nigeria (Millennium Villages Project site)
Millennium Promise’s Oulie Keita reported: “Girls in our Pampaida cluster did a 2 KM walk to neighboring Fulani settlements to talk to the parents and girls in those villages about the importance of letting girls go to school. They shared their experience with the girls there and encouraged parents to send their girls to school! It was great!” Standing Up for Girls in Ruhiira, Uganda (Millennium Villages Project site)
Ruhiira Education Coordinator Lawrence Ssenkubuge wrote: “The Ruhiira Village marked this day by organizing a debate on the topic, ‘Educate a girl, educate the nation,’ at Kisyoro Secondary School, one of the Connect-to-Learn schools (a project focused on helping girls get a secondary education and bringing connectivity to Millennium Villages schools). The debate was attended by all the 670 students of the school and five teachers. The debate was graced by the Secretary for Education at the District Local government, Mr. Elly Twinomujuni. During the debate he called upon the whole school to stand up for girls for one minute and he also gave about $4 to a girl who answered a question, ‘who is the first female president in Africa?.’ On the proposing side (of the debate), there were two girls and one boy; on the opposing side, there was one girl and two boys. The debate really excited the students. About 15 visitors from Anglo Gold Ashanti who were visiting the project also attended. The head teacher of the school, Madam Agrace, while addressing the school after the debate, pointed out that she was convinced even the few people who opposed the motion did it for the purpose of debating but are fully convinced that the motion was valid. The proposing side won the motion with over 95 percent.” Stand Up for Girls in New York, New York
MCI joined LitWorld at New York City’s Riverside Church at an event attended by several hundred middle and high school students from across the city. Students and teachers were encouraged, upon arrival, to stop by various “booths,” making posters of what they “Stood Up For,” getting buttons, writing letters to politicians on girls’ issues and learning more about LitWorld’s activities. MCI staff shared information about our Girls’ LitClubs in Kumasi and Kisumu. LitWorld’s founder Pam Allyn emceed the second portion of the program, which included a spoken-word piece by a local Asian-American artist and a panel discussion with five female advocates, including:

The panelists discussed the importance of literacy to them and the impact of mentors on their lives. And on a lighter note – they offered insight into the “super power” they would choose, if such a possibility existed. At 12 noon, everyone stood and cheered for girls worldwide.

MCI is honored to partner with LitWorld in our LitClubs and in organizing the “Stand Up for Girls” celebrations. We are inspired by all of the wonderful events in the Millennium Cities and Villages that were so full of joy and optimism, and we’ll continue to advocate for girls’ around the world to have the opportunity to complete school and pursue their dreams. 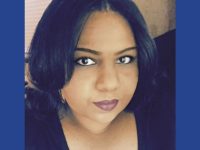 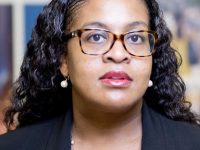 Thank you Susan for this comprehensive report honoring girls on the International Day of the Girl, October 11th. Girls2Women facilitated the education and training of Kisanet School teachers in the art of making economical, reusable and environmentally friendly sanitary pads. Since 2010 girls in Mekelle reportedly miss no more than 1/2 a day of school related to menses. Prior to introducing the program, girls were missing between 3-5 days per month because they lacked adequate sanitary supplies. Mary