As the northeastern United States fights a losing battle to maintain its population, California, the Southwest and Florida continue to grow like there’s no tomorrow. Only there will be a tomorrow. And more people, changing patterns of rainfall, and a culture requiring the desert to bloom have led California Governor Jerry Brown to call for a 25 percent reduction in household water consumption. Presumably he is leaving the best for last, since 80 percent of the state’s water is used in agriculture, and the problem doesn’t get solved without increased efficiency in agricultural water use. In addition to issues with surface water, California’s farmers are rapidly depleting the state’s groundwater resources.

The issue of the physical dimension of sustainability has been cast aside from some notions of economic development for half a century. We stopped paying attention to the reality of natural resources. We weren’t always this arrogant and stupid. In the first half of the twentieth century we addressed water resource issues with massive infrastructure projects: The Colorado River Project bringing water from western mountains to the arid southwest and New York City’s upstate system of water supply bringing fresh water from the city’s neighbors to replace the polluted and inadequate sources available locally. It was clear that growth required public investment and resources. In the modern anti-tax, anti-government era ushered in by Ronald Reagan, we thought that we could have growth without the investment in infrastructure that we once understood to be necessary. The ideology dictated that the free market could deliver everything we need. Unfortunately, it didn’t.

Of course, public investment alone could not address the extreme drought now faced by California. There is little question that the extreme drought currently underway is in part a result of human-induced climate change, but from a public policy perspective, that understanding does little to address the immediate issue. This is because the real issue is that the rapid growth of population has taken place without enough concern for ensuring adequate backup for the state’s water supply system. America has plenty of water, it just isn’t in the same place that people want to live.

The public policy problem is relatively straightforward: People have moved to a place that does not have enough water. How do we improve the supply of water and possibly reduce the demand for this resource? That is what Governor Brown and his team are grappling with today. In an excellent report on this issue, New York Times reporters Adam Nagourney, Jack Healy and Nelson D. Schwartz observed that:

“This is hardly the first crisis California has faced; there has always been a tension between the natural beauty and delights of living in California and the external threats, be they the dizzying ups-and-downs of the state budget, the rolling blackouts during the energy crisis in 2000 and 2001, the earthquakes or periodic droughts… The critical question is the extent to which Mr. Brown has succeeded in persuading people here to shake long-held habits and assumptions… Much like the Gold Rush more than 150 years ago or the rise of Silicon Valley, the assumption of cheap and abundant water has been a crucial part of California’s identity, history and economy. And until recently, it seemed that the California dream was sustainable: booming cities, wide lawns in the suburbs, green golf courses in an otherwise parched landscape and, above all, a vibrant agricultural sector in places not much wetter than a desert.”

In a wealthy, stable and technologically advanced country the answer is to remedy the disinvestment mistakes of the past thirty years and imagine the type of giant infrastructure project that could bring water to the places where people want to live. Unlike the projects of the past, we now know a lot more about ecological impacts and so the design parameters for new water supply projects will be more demanding than the ones we pursued in the first part of the twentieth century. All of this is going to cost money. It is going to require increased taxation or at least increased water fees. Here in New York City we saw our household water rates rise by over 165 percent during Mayor Michael Bloomberg’s three terms in office. No one liked paying higher fees but these funds went to pay the debt service on a third water tunnel to carry water from upstate to the city, and for a number of other projects needed to ensure a clean and adequate water supply.

The good news from California is that reality has set in. Californians are fortunate that they do not have an anti-government ideologue running their government, but a seasoned, battle-tested public servant who understands the seriousness of the challenge caused by the state’s drought. There are a number of ways that California can face an era of water scarcity. They can reduce demand—we waste a lot of water—but they can also increase supply. Recycled wastewater, desalinization and new projects to carry water from distant sources are all possible.

It is important to balance our analysis of the seriousness of the situation with a creative analysis and planning process to develop cost-effective and environmentally sound methods of responding to the crisis. The planet’s population growth will probably peak in this century, but the population pressure on California will continue. By including the real cost of water in new real estate development, the price of homes will increase and that will influence the direction and composition of future growth.

People have been moving to California for decades because they love the place. In the past half century, California’s population has grown from nearly 16 million to nearly 39 million people. None of this migration was forced, and much of this growth was managed well enough to prevent massive environmental destruction. But local human and natural systems have been stressed.

My own bias would be to develop more densely settled cities and abandon some of the sprawl-style communities common to California. Towns and cities with mass transit and access to public parks instead of private lawns could reduce water consumption. Of course, as a New Yorker, my basic sustainability model is to imitate New York City’s housing, energy and water systems. We New Yorkers tend to be pretty self-centered. But in addition to developing vibrant and attractive city centers, the real economic challenge to California is to apply creative thinking and technology to agricultural water consumption. That’s where most of the water is used and where real savings might be possible. Most of the water used in agriculture is wasted and is not taken up by the plants being grown. While that will always be the case, improvement is possible and clearly needed.

California’s water crisis is further proof that environmental issues must be fully integrated into economic development plans and projects. Sustainability management requires that we factor these physical resources and constraints into our designs for new homes, businesses and institutions. California ended up high and dry because they did not prepare for the possibility of extreme drought. Now they have to respond to the reality of that crisis and while the cost will be higher than it might have been, the sense of urgency will be far greater. Just as the New York region finally got serious about climate resiliency after Hurricane Sandy, California now needs to get serious about water policy and management. There is every reason to believe that California has the resources, creativity and leadership to address this critical issue. There is no reason to believe that California’s dream cannot be adapted to the requirements of less plentiful water. 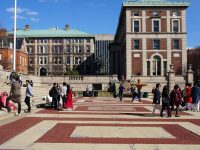 The Evolution of Sustainability and Organizational Management 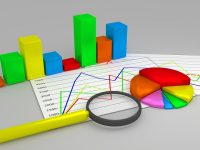 Climate Risk Is Not the Only Environmental Risk Companies Should Disclose
Subscribe
Login
0 Comments
Inline Feedbacks
View all comments
wpDiscuz
0
0
Would love your thoughts, please comment.x
()
x
| Reply
This website uses cookies as well as similar tools and technologies to understand visitors' experiences. By continuing to use this website, you consent to Columbia University's usage of cookies and similar technologies, in accordance with the Columbia University Website Cookie Notice.Close