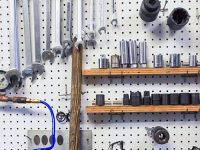 From the Series
Tools of the Trade

Tools of the Trade: A Machine That Squeezes Rocks to Mimic Earthquakes

Tools of the Trade is a series that brings you inside the labs of Earth Institute scientists. Learn about the equipment scientists are using, and discover how those tools are used in their research. Inside the Rock and Ice Mechanics Lab, Heather Savage and her team investigate the physics of earthquakes and fault lines. When you visit the Rock and Ice Mechanics Lab at Columbia’s Lamont Doherty Earth Observatory, the first things you’ll notice are the large, metal machines taking up most of the space. One of these is the Triaxial Deformation Apparatus, which Heather Savage and her team use to study the physics of faults. The lab studies earthquakes, examining the properties of faults to learn more about earthquakes before, during, and after they strike.

The Triaxial Deformation Apparatus holds a rock sample inside it between two angled metal blocks, which mirror the movement of two sides of a fault slipping against each other. The machine squeezes and slides against the sample and blocks, and then records the sample’s slippage. The machine is controlled by precise hydraulic valves, which ensure that the stress on the sample remains consistent throughout the experiment, even as the sample changes or shifts during the process. They also allow Savage to carefully try many minute changes in each experiment, in order to get the best variety of results. The lab measures these effects and infers their meaning on a larger scale out in the real world. Savage showing one of the types of rock sample they can insert into the machine for testing.

The rock samples they use vary in composition and size. Savage says she has been working most recently with smaller rock particles. As faults slip and slide against each other, friction causes bits of rock to erode, forming thin layers of “crunched up rock,” or gouge. These layers build up, and Savage and her team use the Triaxial Deformation Apparatus to study how gouge deforms during a fault slip.

“Once the fault is pretty mature it can have a thick gouge layer, and the strength of that gouge layer is really what controls whether the fault is going to slip or not,” says Savage. In order for a “dynamic slip”—an earthquake—to occur, Savage says that the slip might need to localize onto a thinner gouge layer. Out in the field, she and her team see these hypotheses confirmed by looking at the ancient rock record. The chamber of Triaxial Deformation Apparatus where samples are inserted.

Through their work both with the Triaxial Deformation Apparatus and in the field, the Rock and Ice Mechanics Lab has been able to use heat to locate potential fault slippage. “Just like when you rub your hands together to warm up, faults generate a lot of heat when they slip,” Savage explains. The friction between the two surfaces causes a huge spike in temperature that can transform the organic molecules within the fault’s rocks. By looking for these signs of previous hot spots, Savage and her team can reconstruct past earthquakes, figuring out where they started and stopped.

Savage is enthusiastic about her work: “It’s exciting! We’ve had a couple papers come out, and more coming out showing a few of the different faults we’ve done [this work] on.” She is looking forward to sharing more of the lab’s findings with the world—and we look forward to learning more. 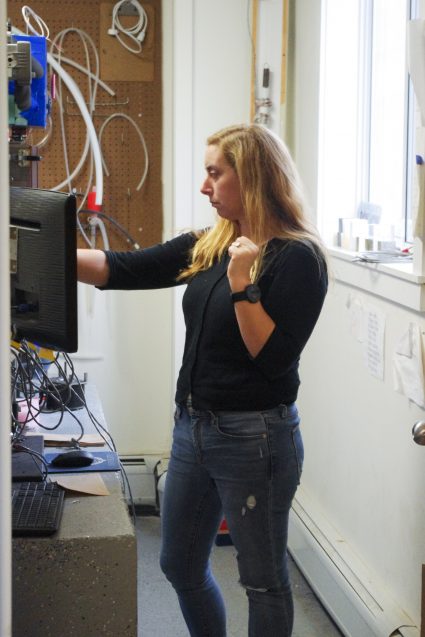 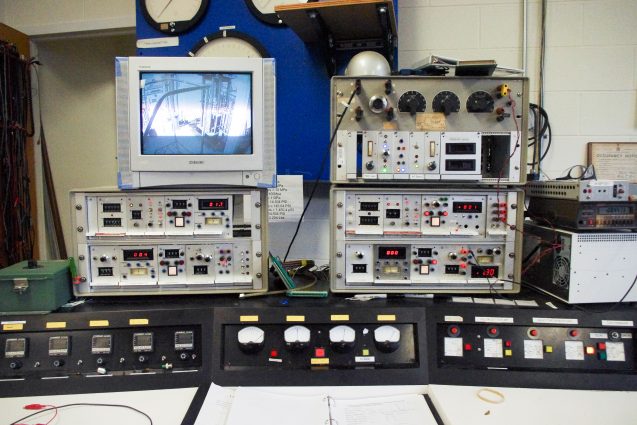 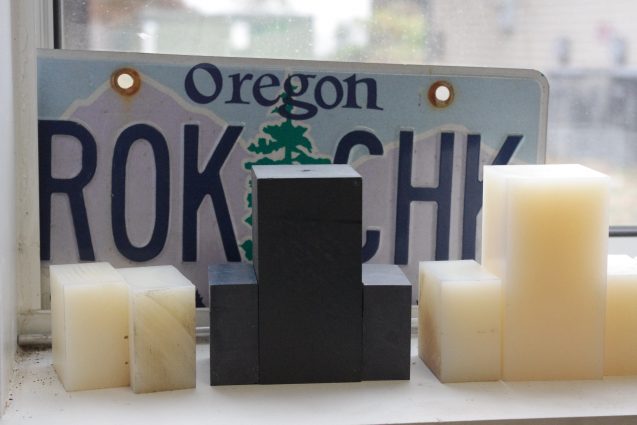 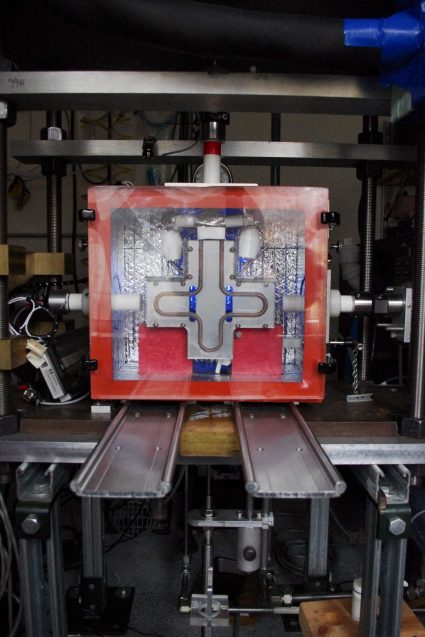 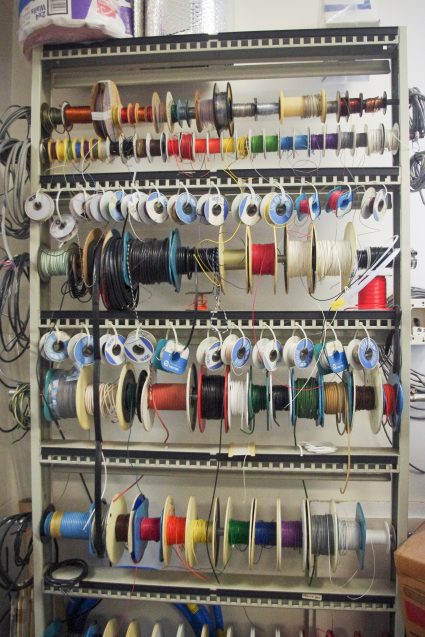 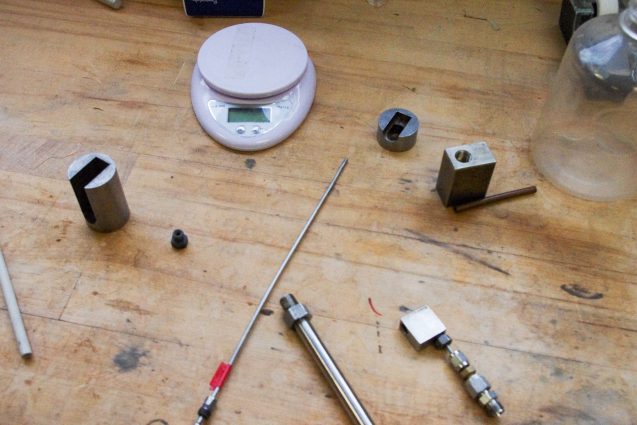 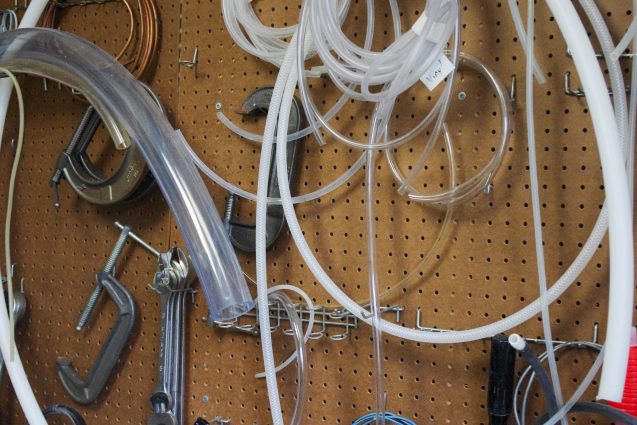 All photos by Phebe Pierson

It is the warming that is the cause because the rock is shrinking probably caused by everything going solar thru the grounding of causing the core of the earth to heat up.

I feel global warming is do to everything going solar the grounding of somehow is causing the core of the earth to heat up and think solar panels on top of surface of ocean as they are doing in Japan is definite no no being the salt in the water makes for an even better conductor and fish and sea life will be extremely effected by this as we are beginning to see.