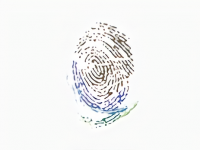 Why We Need Climate Stoicism to Overcome Climate Despair The phenomenon of climate despair is on the rise. Among the young, educated, and climate-concerned folks that society hopes will “be the change,” many have become overwhelmed and immobilized by anxiety. The climate-despairing view global warming as a fundamentally unstoppable force that will ultimately render the Earth uninhabitable, believing that any change is too little, too late. For some, it might be easy to dismiss this response as dramatic or unproductive, but as a longtime student of climate change, I empathize with the inclination to despair. Climate despair is just the natural result of two increasingly pervasive ideas: first, if society doesn’t decarbonize in the next 30 years, we’ll be staring down the barrel of a global environmental cataclysm; and second, there’s no way we’re going to decarbonize in time. Neither idea is entirely wrong, but both are drastic oversimplifications, and when carelessly combined, they demotivate in a moment when we desperately need motivation. Max Goodman is a senior in the Columbia School of General Studies. He is majoring in Sustainable Development and focusing on GIS for resiliency planning and disaster response. Max is also a math teacher, a whitewater kayaker, and an amateur bluegrass musician.

According to the March 2018 report of the Yale Program on Climate Change Communication, 33 percent of Americans think that we need to address climate change to prevent “the destruction of most life on this planet.” Yet 85 percent of Americans have significant doubts that humans can reduce global warming and will do so successfully. For comparison, U.S. climate denial hovers around 9 percent. The forces of climate despair currently loom larger in our culture than the forces of climate denial. If the paralysis of despair is the next big social threat to decarbonization, it’s critical we pay attention to what’s driving these beliefs.

Let’s start with idea number one: the deadline to avoid a global cataclysm. Longtime climate journalist Andrew Revkin, who’s now at Columbia University’s Earth Institute, points to the goals that have defined international climate rhetoric since the Paris Agreement: less than 2 degrees C by 2100 and carbon neutrality by 2050. These goals were designed to keep humanity clear of tipping points: global warming thresholds that scientists predict would cause geophysical feedbacks like permafrost thawing, producing catastrophic, runaway warming. “It was a big deal to establish these deadlines; they, and particularly the 1.5-degree special report of the Intergovernmental Panel on Climate Change, really boosted the sense of urgency and fueled the youth movement,” says Revkin. However, Revkin also points out that stringent deadlines come with a trade-off: real nuance in the science got sacrificed for urgency.

While the science of tipping points is terrifying, it is also mired in conflicting model predictions and quantified uncertainties. When considering the humanitarian impacts of runaway warming, the error bars gape even wider: in an unmitigated worst-case scenario, we could be talking about a few million deaths, or a billion. In a political context where every public mention of scientific uncertainty can be used as ammunition for outright climate denial, activists and science communicators have felt pressure to gloss over uncertainty and present either the median or worst-case scenarios of failing to meet our deadlines. In the vacuum left behind by this lack of specific numbers, a general sense of apocalypticism has seeped into our beliefs about climate consequences. We know that we’re in the midst of a sixth mass extinction, so it’s not an unfathomable mental leap to the end of the world. Decades of environmental apocalypse movies push on the collective subconscious. Activists campaigning with Extinction Rebellion or Sunrise make emotionally legitimate but technically overblown statements about saving our collective home from utter destruction. The complicated stakes of ongoing ecological losses and unacceptable humanitarian risks get simplified down to “the end of our civilization as we know it” (Greta Thunberg) and reinforced with high-profile soundbites like Alexandria Ocasio-Cortez’s “The world is going to end in 12 years if we don’t address climate change.”

This brings us to point number two. With the apocalypse on the line, our odds don’t look good. We have a history of putting this problem off, and fossil fuels are still entrenched in most of the global economy. More carbon has been emitted since the 1992 beginning of the United Nations Framework Convention on Climate Change than in all of previous human history. Global emissions continue to rise year after year. The U.S. and Australia, comprising roughly 15 percent of global emissions, have already abandoned the Paris Agreement, and most of the countries that remain are not on track to meet their nationally determined contributions (NDCs). Even 100 percent follow-through on NDCs wouldn’t limit warming to 2 degrees C. Why wouldn’t people despair? The world is ending and no one’s taking it seriously. It seems like a fair bet that it’s already too late to save the world.

The obvious answer to pessimism is to push back with optimism: to beat the drum of possibility, remind people that we already have the requisite technology to turn this thing around, to eliminate emissions, to sequester carbon. But is that rhetoric smart? Where hope springs eternal, it often runs shallow. The inertia of a global economy is enormously powerful, and most people realize that it makes defeating or reversing climate change a tremendous long-shot. How can we ask people to turn to optimism, to hope for a miracle, as their only psychological defense against apocalypse? Our last and best option is to invite nuance back into our rhetoric.

There is no realistic warming threshold at which the globe will suddenly burst into flames. There will be no complete and final death knell. Under any scenario, life writ large, humanity, and likely civilization as we know it will be resilient enough to carry on, though injured in deep, discriminatory, and irreversible ways. We’re already locked in for some warming and some rough consequences, but sunk losses don’t diminish the need to decarbonize. Say we are doomed to overshoot the most painful tipping points: should that really change how we act? No matter how enormous the losses we suffer, the climate will continue to change, continue to strain our ability to adapt, until we achieve net zero. It will never be too late to act, because climate change can always get worse. Two-plus degrees of warming is a Pandora’s box we really don’t want to open, but it’s not the end of the world or the end of the fight. Nor is 3 degrees or 4 degrees, or god forbid 5 degrees. We could miss all our deadlines and whatever progress we made will still have been worth it: it will still have staunched some of the bleeding and made future healing more attainable. Somewhere down the road (and alarmingly soon) there is a too late for the Marshall Islands, a too late for the Great Barrier Reef and a too late for the world’s coastal cities. But no matter the damage sustained, there is no too late for the whole world. Internalizing this non-duality, accepting the reality of a tragic future, and committing to help soften the blow, is the basis of what I would call climate stoicism.

No matter the damage sustained, there is no ‘too late’ for the whole world.

The original stoics were ancient Greek thinkers who strove for mental resilience in their own lives by meditating on negative possibilities. A stoic took nothing for granted, and was logistically and emotionally prepared for loss and ruin. This didn’t mean pushing away distressing emotions, but allowing oneself to sit with them and depressurize – disempowering anxiety by accepting one’s relative powerlessness, and resolving to do what one can. A good stoic journeys into darkness and emerges able to cope with the real world, grateful for their opportunities and intensely practical about cultivating them. Climate Stoicism extends this mental resilience to the collective, calling us to get over our apocalyptic dread by learning to mentally project ourselves into the future’s landscape of loss. This shift is critical. For activists, sustainability professionals, and concerned citizens to maintain our momentum against near-insurmountable odds, we have to decouple fighting to win from the dream of winning outright. We have to be both feverishly dedicated to meeting the IPCC’s targets and psychologically prepared to miss them, keeping in mind that cutting our losses after the disaster train gets rolling will be every bit as morally valuable as our efforts to keep it in the station. We need to overhaul the idea of apocalypse in our deadline rhetoric, and reaffirm that while delaying decarbonization any longer courts mass extinction and poses ever-more-unacceptable risks to humanity, it will never be too late for decarbonization to be worth it to the world.

There is no time for climate despair. The ticking clock is not counting down to a single explosive cataclysm, but continuously ticking away future lives and livelihoods. Political organizers and environmental educators can’t afford to paint over despair with moonshot-optimism only to have it strip off the walls when the weather changes. In preaching climate urgency without climate stoicism, we are taking our own unacceptable gamble, flipping a coin between motivation and despondency. We fail whenever our rhetoric leaves room for complacency on climate action. Whether that complacency comes from denial or despair ultimately makes no difference.

Hi Max! Thanks for a great article. As someone who attended seminary before going the legal route, I’m interested in discussing the role that religion/spirituality can play in helping overcome climate despair – are you available to discuss further via email? I would be curious to hear any thoughts or research you have in that arena, so please just let me know, and thanks!
Best,
Danny

I am a Quaker (Society of the Friends of truth) and am studying the spiritual response to climate collapse.

This was truly excellent, Max! I had my phase of climate despair a year ago, stopped eating veg and doing all sorts of eco-friendly stuff for a week or two, started thinking of suicide as the only viable solution. I came back from a very dark place in my mind thanks to therapy and some similar logic, “we gotta do everything we can do in our powers”, but you’ve written it so much better than what I would ever dream to write it about. I can’t say I’m a 100% climate stoic like what you describe,but we’re getting there.

I don’t think accepting collapse needs to lead to despair. An acceptance that collapse may be possible (and may be soon) can free a person up from false hope and make them feel much freer. Hope-free rather than hope-less. After all, each one of us will live from now until when we die, and the joy we feel in that short time is what makes a difference. Instead of denying that collapse might occur, and working as activists, ever-despairing because no-one is listening to us, we can live quietly, gratefully and joyfully, helping others to have a lovely life, doing good, feeling great.