The towns of Vent and Obergurgl are nestled in the Ötz Valley in the Tyrol region of Austria, just north of the Italian border. They sit on either end of the mountain valley, framed by jagged peaks and lush meadows. They appear quite similar, quintessentially picturesque mountain villages with chalets and steep roof peaks, but Vent and Obergurgl are in starkly different economic and social situations. Though they were born of the same land and history, a new study finds that one of these towns is much more likely to survive changing times than the other. 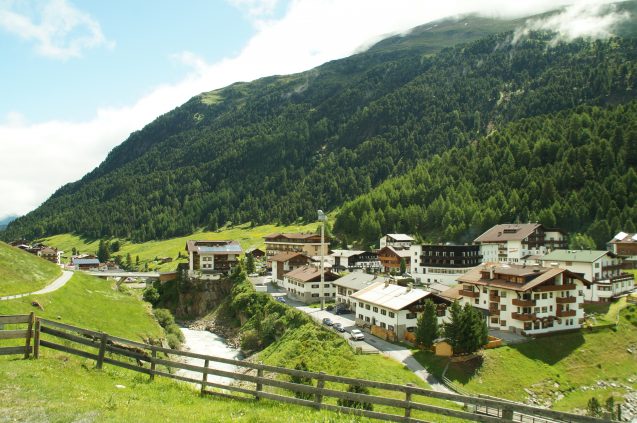 The town of Vent in the summer. Photo courtesy of Rike Stotten.

Until the 19th century, the populations of most alpine mountain villages sustained themselves through subsistence farming. But with the industrial revolution and global modernization, this traditional way of life became unsustainable for many communities and was largely replaced by tourism. Vent and Obergurgl employed distinct strategies as they transitioned to tourism-based economies, and now have contrasting levels of community resilience.

The concept of community resilience borrows metrics from ecology, and measures how well a system can maintain its function after a disturbance. This study, from the University of Innsbruck in Austria, assessed resilience in Vent and Obergurgl in a unique, longitudinal study that combined economic and social data with detailed interviews with townspeople. 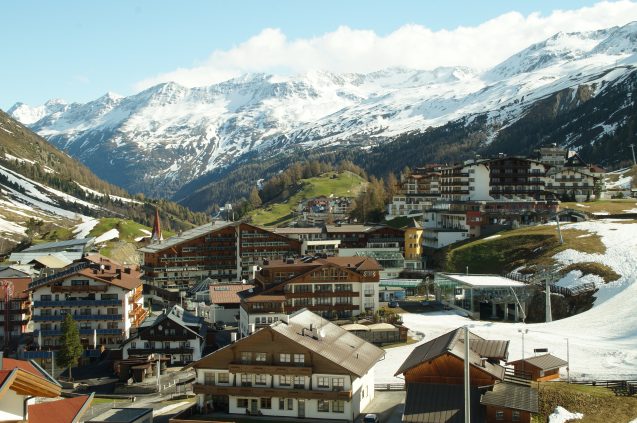 The town of Obergurgl. Photo courtesy of Rike Stotten.

“With the Alpine Research Centre Obergurgl, the University of Innsbruck has been actively researching this area for a long time,” said lead author Rike Stotten in an interview with GlacierHub. “The Upper Ötz Valley was intensively investigated in a project in the 1970s that focused on ecological aspects but also included aspects of social change, and we got the idea to build on these experiences.”

Researchers found that in Vent, where residents were reluctant to alter the natural landscape and engage in heavy development, a more resilient society has flourished. Rather than focusing solely on being a winter tourist destination, like Obergurgl, Vent positioned itself as a year-round mountaineering destination.

Vent has seen continued cooperation between farmers and the tourism industry. While farmers do not produce enough food to completely supply the hotels, some of Vent’s hoteliers feature local produce and meat products on their menus. Many farmers have invested in hotels and Vent’s chair lift company, and the tourism sector sees maintaining the town’s farms as a critical part of its appeal to tourists. One farm in Vent has started hosting tourists in farm-stays, where visitors can take carriage rides and experience other farm activities. The research team also noted that many regional cultural traditions have endured in Vent, and that the Tyrolean dialect is still spoken by many. 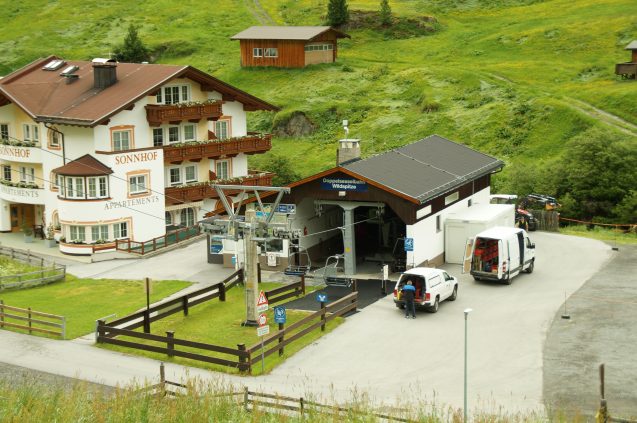 A chairlift operating in the summer in Vent. Photo courtesy of Rike Stotten.

Obergurgl has continued to focus on being a destination for winter tourism, and is home to five chairlifts to serve its ski slopes. The village has made little effort to encourage summer tourism, and food production is not of economic importance. Much of the population no longer lives in Obergurgl year round, leaving many businesses shuttered and few services available throughout summer months. Researchers noted that during the summer even the police station in Obergurgl was closed. As a result of the focus on the economic success of the winter season in the town, social and cultural resilience has suffered. The local dialect is spoken with less frequency, and church attendance, of great social importance in both Vent and Obergurgl, has waned. 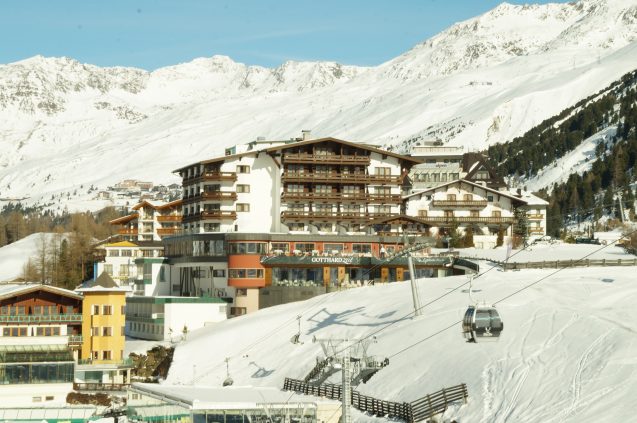 A cable car transports tourists up the slope in Obergurgl. Photo courtesy of Rike Stotten.

Residents in Vent have embraced moves toward conservation and sustainability, but those in Obergurgl have been less willing to prioritize the environment. In Vent, residents have been hesitant to expand tourist bike paths that could negatively impact local fauna. In Obergurgl, the influx of single-family vehicles during the ski season has led to congestion on local roads and necessitated the construction of multi-level parking garages. Obergurgl’s hoteliers have resisted making the town center a car-free zone. Researchers noted that while both towns are experiencing the consequences of climate change, there is virtually no public discourse about global warming in Obergurgl.

“The high elevation of both villages guarantees low temperatures so that at least snow cover with artificial snow will be possible in the upcoming years of climate change,” explained Stotten. “The glacier melt will cause major problems once the glaciers are gone, as this will lead to water shortages in summer.”

Life is sure to change in both of these small mountain towns in the coming years, and Vent shows how diversity of industry and prioritization of the preservation of the natural world can allow a community to more effectively weather the storms to come.

Good to see systematic research on the different results of long-term decisions. Would be interesting to follow up in a few years to see whether either of the two towns changes their approach as a result.

Will it be enough? That’s always the question as we find ourselves beginning to be overwhelmed by our way of life.