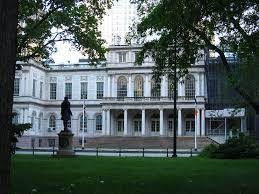 Being mayor of New York City is often called the second toughest job in America — only the presidency is more difficult. I think that’s correct because New York City is our nation’s largest local government, and in our political system, most of government’s work is performed locally. While our mayoral election is months away, Brooklyn Borough President Eric Adams is the Democratic mayoral nominee, and given the party registration edge in New York, Republican Curtis Sliwa has little chance of winning. Anything’s possible in this place, but the media is already treating Adams as the presumptive mayor, and Curtis will need a holy host of guardian angels to overcome those odds. Adams looks like he’s got the job, so what does he need to do?

First, he has to rebuild the public’s confidence in the city’s government. Bill de Blasio gave the city universal pre-K and little else in eight years of mediocre government. The potential was there, the performance was not. Political self-interest and self-promotion have been the culture in City Hall. Adams has to create a culture of civic mindedness. He needs to bring to government people who love the city and want to serve it. People who are, like Adams himself, a tireless worker, focused on the public interest. He needs to end the petty conflict with Governor Cuomo, even as Cuomo will see Adams’ popularity like a life preserver for his own sinking political prospects.

Next, he needs to rebuild the sense of safety and security that mayors from Dinkins to Giuliani to Bloomberg worked tirelessly to restore, and DeBlasio managed to erode. Statistically, New York is far safer today than it was, even during the Bloomberg years, but psychologically we are frightened as we hear gunshots, out-of-control dirt bikers, and brazen shootings in places like Times Square. For some of us, it’s like a bad dream come back to life. Adams was both a cop and a victim of racial profiling and may well have been elected on the promise that he could thread the needle that restores police morale while reducing police misconduct.

The city is in rough shape after a pandemic and eight years of politics-first management. The police have stopped policing, homeless people are sleeping in the growing number of vacant storefronts, the parks and sanitation departments are significantly under-resourced, mass transit remains awful, and the school system continues to fail far too many of the city’s children. The challenges are enormous, and the city’s government cannot fix the mess on its own. The mayor needs partners. The federal government, state government, the unions, the city’s many nonprofit institutions and most of all the private for-profit sector must be challenged and mobilized to contribute to the city’s revival.

Adams is off to a good start in articulating his priorities and rebuilding confidence.  As Emma G. Fitzsimmons, Dana Rubinstein and Jeffery C. Mays reported in the New York Times last week:

“In the afterglow of winning the Democratic nomination for mayor of New York City, Eric Adams began to set out his mission if elected in November. “Safety, safety, safety,” Mr. Adams said in one interview. “Making our city safe,” he said in another. On Thursday, as a torrential storm flooded the city’s subway stations, Mr. Adams offered another priority: Fast-track the city’s congestion pricing plan, which would charge fees to motorists entering Manhattan’s core, so that the money could be used to make critical improvements to the aging system. The two initiatives encapsulate Mr. Adams’s self-characterization as a blue-collar candidate: Make the streets and the subway safe and reliable for New York’s working-class residents.”

These reporters then summarize the many political challenges Adams will face, and we should assume they will be daunting. I sense that Adams understands this and has asked DeBlasio to give him and Curtis Sliwa access to information immediately to ensure an effective transition on January 1.

It’s encouraging that Adams sees the need for an early start because there is no real way to prepare for a job like mayor of New York City. Even competent mayors like Ed Koch and Mike Bloomberg had rough starts as they received the most brutal on-the-job training imaginable: Trying to get New York City’s government to perform. Koch had the political expertise but no executive experience. Bloomberg had the executive expertise but no political experience. Both eventually excelled because they listened and learned. Of course, both also experienced problems in their third terms, due to the fact that they stayed too long at the fair. Political leaders should learn from show biz: leave them wanting more. Mayoral term limits are now hard-wired into our system, so Adams does not run the risk of staying too long. During his campaign, he also showed a willingness to listen and learn, and we can only hope that habit continues once he takes the oath of office.

As most native New Yorkers know, New York is not a single place but a collection of deeply valued and treasured neighborhoods. We are visibly tied together by our public safety, subway and school systems and symbols like Macy’s Thanksgiving Parade, July Fourth Fireworks and our often-disappointing sports teams. We are also connected by critical but less visible water, sewage and sanitation systems. We pay a high price to live here. It’s expensive and sometimes maddening, but we love it anyway. Governing New York City is made more difficult than governance challenges in other jurisdictions because the city is packed with New Yorkers. We have a contentious and vocal political culture here. Adams appears to grasp the nature of that culture, but as a surfer on a tricky wave, riding it safely to shore will never be simple.

He can learn from past mayors. One part of the mayor’s job is showmanship: LaGuardia read the comics to kids on the radio during a newspaper strike. Koch greeted commuters walking on the Brooklyn Bridge during a transit strike. Dinkins organized a ticker tape parade and hero’s welcome for Nelson Mandela in 1990, only five months after Mandela was released from prison. Before he lost his way, Rudy Giuliani appeared on Saturday Night Live after 9-11.

I think our presumptive mayor gets it: Last week, Adams fulfilled a campaign pledge and had his ear pierced. It’s more than entertainment; however, New York City is populated by powerful institutions and talented people who are all stakeholders in the city’s success. While Adams sees himself as a blue-collar mayor, he will need to consult with and listen to the voices of those with conflicting interests and then determine the policies that best serve the public interest. Adams has a history of political maneuvering, self-promotion and the occasional attention-grabbing, outrageous statement. The role of mayor requires a little more subtlety and discretion than he has sometimes demonstrated in the past. One of the problems with some elected leaders who win unlikely victories is that they suddenly believe they are political geniuses. We saw that with Trump and DeBlasio; it will be interesting to see if Adams is able to maintain perspective and stay open to the views of others. As Erroll Lewis indicates in his recent compelling Daily News op-ed piece, Adams is the self-aware product of a movement and is “happy and amazed at where fate has landed him. He is part of a generation that has scaled the high peaks, and now sees the glittering summit in sight.”

Succeeding once he reaches that summit won’t be easy. Governing New York City successfully requires that a mayor grow on the job. Koch, Dinkins and Bloomberg all improved and learned from their mistakes. In a city with as many moving parts as New York, governance can never be perfect. Some initiatives fail and some succeed. The key is to learn from both success and failure. Adams would be wise to listen to Franklin Roosevelt’s famous Oglethorpe University commencement address from May 22, 1932, when during the depths of the Great Depression, FDR said:

“The country needs and, unless I mistake its temper, the country demands bold, persistent experimentation.  It is common sense to take a method and try it:  If it fails, admit it frankly and try another.  But above all, try something.”

A spirit of experimentation and a willingness to admit failure seems to be beyond the capacity of our elected leaders during this era of endless cable news and social media spin. It would be refreshing and impressive if our next mayor could admit and learn from failure. New Yorkers have a built-in BS detector. It would be terrific if the next mayor leveled with us and recruited all New Yorkers to be part of a real effort at community building. Perhaps we might finally respond to this tale of two cities and lift all of the city’s children out of poverty. 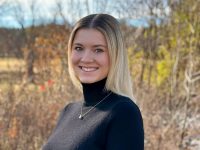 New York City’s Food Waste and the Circular Economy
Subscribe
Login
0 Comments
Inline Feedbacks
View all comments
wpDiscuz
0
0
Would love your thoughts, please comment.x
()
x
| Reply
This website uses cookies as well as similar tools and technologies to understand visitors' experiences. By continuing to use this website, you consent to Columbia University's usage of cookies and similar technologies, in accordance with the Columbia University Website Cookie Notice.Close