“I have developed a real passion for a midge,” said Valeria Lencioni in an interview with GlacierHub. The midge in question, Diamesa steinboecki, is a highly endangered insect that she observed in the glacial streams of the Italian Alps where she conducts her research. When she started studying glacial fauna in 1996, little was known about the insects that populated the icy habitats. Lencioni helped the scientific community get a clear picture of what kinds of insects are living in high glacial regions in the Italian Alps, and now she has come to question the methods that are foundational to her field. 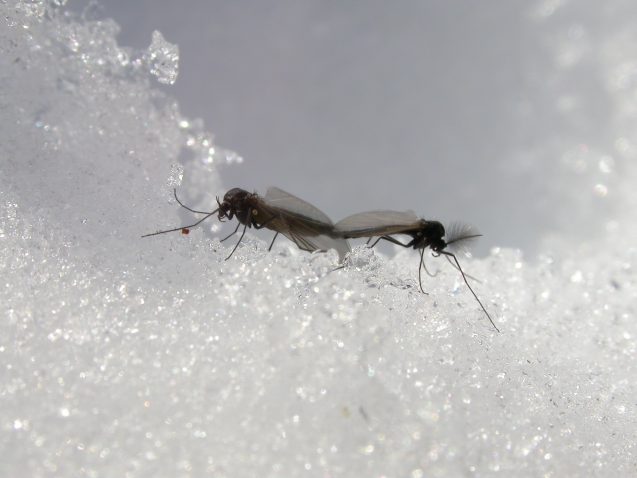 Insect collection is a routine part of entomological research. In order to gather valuable data about insect biology and genetics scientists often capture and kill insects before bringing them back to a lab and investigating them there. This kind of study has afforded researchers many insights into insect biology and ecological conditions, but Lencioni has questions about its necessity when working with delicate populations.

Many of the insects that live on glaciers have small populations to begin with, and as Earth’s glaciers continue to retreat, many are facing extinction. When scientists collect these insects in order to study them, they further reduce these already meager populations. In a paper published in Insect Diversity and Conservation in August 2021, Lencioni, who is the coordinator of the Department of Invertebrate Zoology and Hydrobiology at the MUSE Science Museum in Trento, Italy, argues that there is now enough data that ongoing collecting of insects can be significantly reduced.

Diamesa steinboecki has had a long journey to the streams in which Lencioni now studies it. It is hypothesized that the midge first settled in the region just before a Pleistocene glaciation, by way of Central Asia. She explained that the insect acts like an indicator species for scientists working in the region. “Finding it gives us reassurance that the environment is still healthy, the level of glaciation is still high, and the glacier feeding the stream is still large” she said.

According to Lencioni, people regard insect life differently than they do other animal life. “In the common imagination, insects are considered numerous,” said Lencioni. “Even too numerous.” Perhaps because of this perception, the implications of taking insects from their habitat are not considered fully. “The removal of animals from the environment leads to an imbalance, a disturbance, which can have consequences at ecosystem level,” said Lencioni. 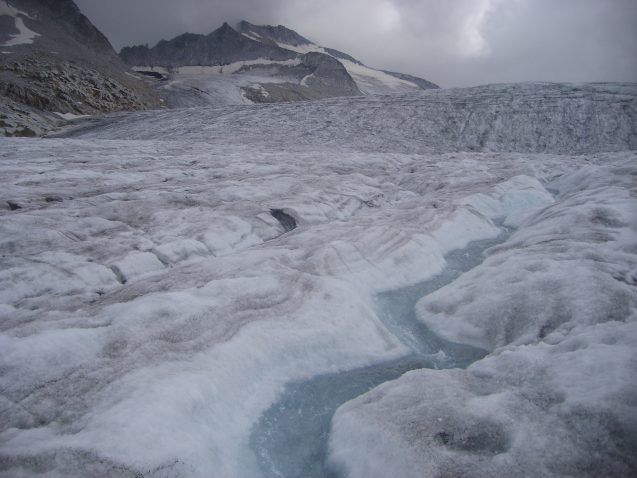 A glacial stream habitat in the area where Lencioni conducts her research. Photo courtesy of Valeria Lencioni.

Now that sufficient specimen collection has been conducted at these glacial sites, scientists working in the area could continue to compile data by different means, argues Lencioni. She suggests that in the future, scientists could use existing literature as a reference at these sites. “It is useful to have a high sampling frequency in the first couple of years when studying a new environment,” said Lencioni. “But after a couple of years, it is sufficient to return to the site every 5 or even 10 years depending on how quickly the glaciers in that area are retreating.” 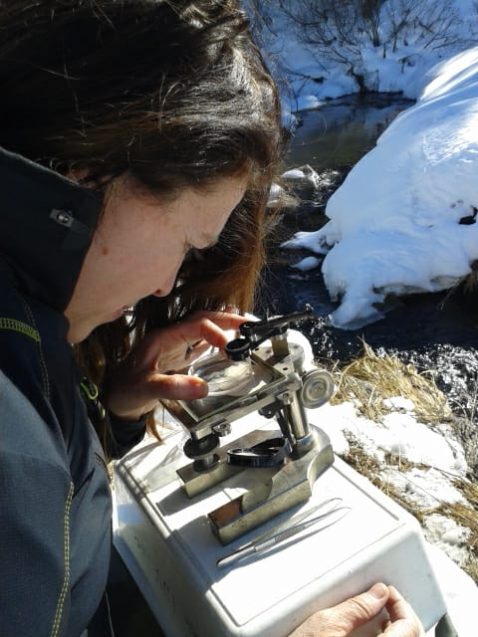 Using microscopes in the field can help reduce the need to transport specimens back to a lab. Photo courtesy of Valeria Lencioni.

Lencioni is also advocating for the advancement of a technology called Environmental DNA, which tests soil, water, or air and gives a profile of all of the trace DNA left by organisms in the area. She notes that Environmental DNA technology is already being used to monitor terrestrial habitats and fish populations, but that it is not yet widely used to characterize insect populations.

It isn’t just glacial insects that are under threat. Globally, insect populations are declining by about one percent per year. Lencioni also has concerns about other habitats. “Entomologists should consider their collection practices in any extreme habitats where local population size is reduced and the degree of isolation is high such as the caves and the springs,” she said.

Not everyone shares Lencioni’s affinity for insects, which can make conservation efforts challenging. “There are particular ways that these ethical questions are inflected when it comes to insects, compared to other animals,” said Hugh Raffles, author of “Insectopedia,” a book that tells stories of human interactions with insects throughout history. “Often people don’t even think of them as animals, for a start.”

It won’t be possible for insect collection to halt completely if scientists want to continue to understand population dynamics in the face of climate change, but Lencioni is hoping that researchers make their collection more deliberate. “When not strictly necessary, animals should be left in their environment,” said Lencioni. “Where natural biodiversity is naturally scarce it becomes even more essential.”