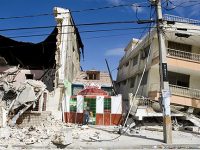 FROM THE FIELD
Earthquake Hazards in Haiti and Jamaica

From January 16 to 19, the R/V Pelican transited from offshore Jamaica towards Haiti along the Jamaica Passage. Beneath the ocean waters, on the seafloor, we could track the linear trace of the submarine Enriquillo-Plantain Garden Fault zone on surface maps. We took sediment cores during the night time. 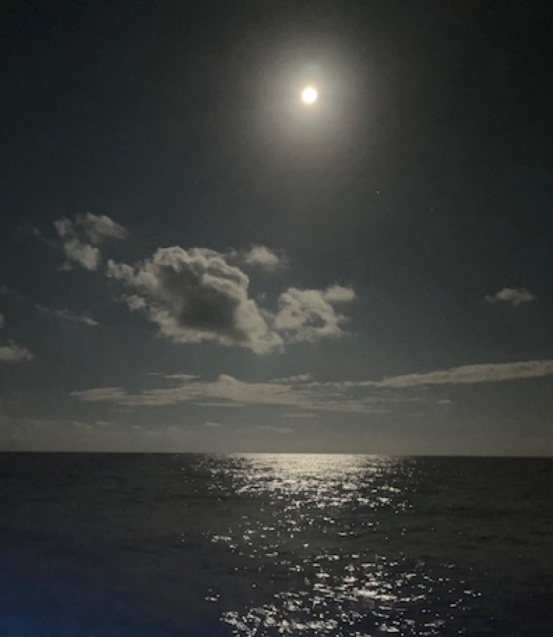 We had problems with the winch and cable that support the weight of the jumbo gravity coring system (“Big Bertha”) as it descends and ascends through the water column. We had to change the coring operation to the starboard (right) side of the ship, where there is a smaller winch that we could use. The starboard winch supports less weight than the previous one, so we needed to use a smaller coring head and shorter pipes. This means that the length of the core we recover is shorter, so the sediment layers do not reach as far back in time. With the Big Bertha system, we could recover six meters. With this smaller system, only one meter. 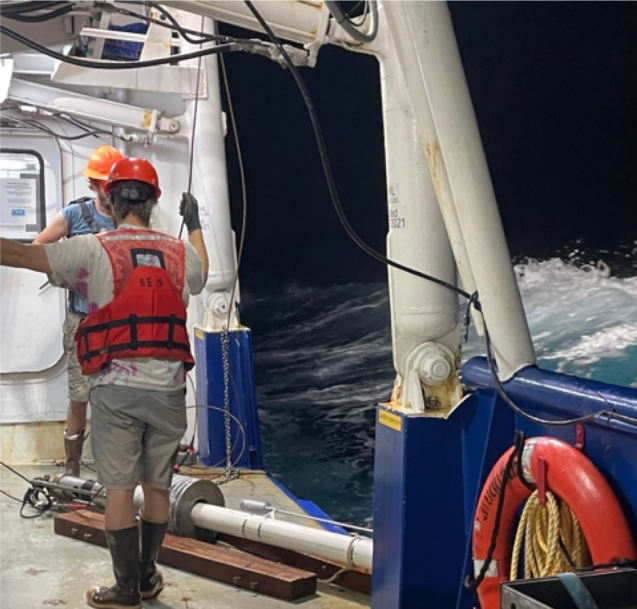 Instrument problems and rough seas are common in seagoing expeditions and we normally have several back-up systems in case something breaks while we are far away from land. This is such a case. 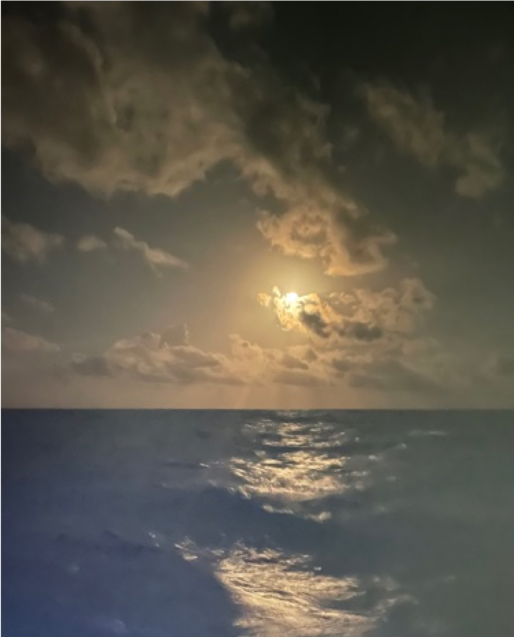 As the prevailing winds that blow along the Jamaica Passage picked up speed, the swells became higher and the oceans rougher. The Jamaica Passage is an open seaway where winds tend to be strong, making coring operations challenging. But, Chris Fanshier and Ben Freiberg (shown below) are doing a great job handling the recovery of the cores considering the sea surface conditions. They are both very experienced, and we are lucky to have them. 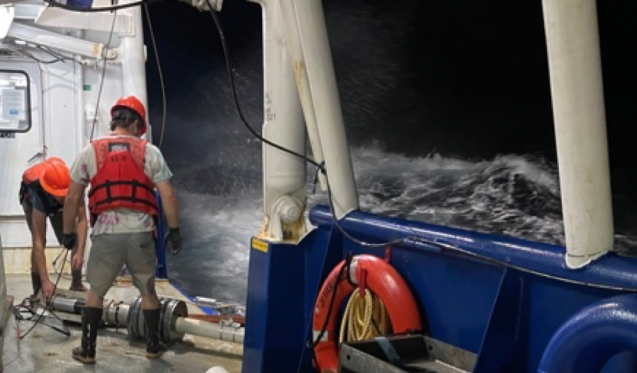