This is a repost of a Sustain What dispatch by Andy Revkin, who directs the Columbia Climate School’s communication innovation initiative. You can track his Columbia webcasts and get his free newsletter by subscribing here.

Amid frequent assertions that individual, incremental action for environmental progress is meaningless (or even an industry con), this day has utility as a moment to undertake and share actions that might be small on their own but, together, build momentum toward the system change everyone knows is needed — and epically hard.

That approach is nowhere more important than when facing what seem to be the defining characteristics of these human-heated, pandemic-wrapped and Putin-disrupted times: overwhelming complexity, uncertainty and scale.

The uncertainty monster – along with the complexity monster, scale monster – can be your friend. An #earthday thought. https://t.co/d01niEs5ps

Explore the merits of individual and community action with me in a live Sustain What Earth Day Generations session at noon Eastern time with an intergenerational gaggle: Denis Hayes, who was the national student coordinator for Earth Day number one in 1970; Reggie Harris, a folk singer and storyteller with a longtime focus on social and racial justice and the environment; Columbia students Sofia Assab, a co-founder of the Generation M.A.D. webcast series on Sustain What, and Jocelyn Chen, the editor in chief of Consilience, the journal of sustainable development; and Brighton Kaoma, the global director of the U.N. Sustainable Development Solutions Network young leaders program.

Then, at 4:30 p.m. Eastern, join me live with an array of folks whose chosen piece of the sustainability puzzle is restoring rivers and their ecosystems after generations of industrialization, damming and extraction — with the specific focus today being the American eel, Anguilla rostrata. Its snake-like form and squiggling, slimy style are off-putting to many but it’s a bulwark of many river ecologies and was listed as endangered by the IUCN in 2014, partly because booming demand in Japan driving a high-priced trade in glass eels — the immature phase of this species found in hundreds of rivers in spring. The New York State Department of Environmental Conservation website on this project is fantastic.

Join our conversation, which will include Chris Bowser, a longtime river educator who directs the eel count working with a host of schools and organizations up and down the mighty Hudson, and Nicole Friedman, of the World Fish Migration Foundation, which is working to restore river dynamics and ecosystems everywhere.

A networked path to impact

A key to turning incremental and individual action into progress is building networks — whether along a river as the eel project does or, using digital connectivity, linking people with common interests, varied skills and different geographies to cut risk and boost thriving.

A great example in the arts is Small Island, Big Song — 100 musicians, filmmakers and other creators from 16 islands across the Pacific and Indian Oceans who were linked digitally starting in 2015 by the Taiwanese producer BaoBao Chen and Australian music producer and filmmaker Tim Cole. They’ve made incredible music and videos long distance, conveying the importance of sustaining cultural diversity and rights even while pursuing ocean conservation and climate action.

I was honored to host a Sustain What session with them in March and then an onstage conversation ahead of their World Music Institute performance in New York City. It was thrilling to see them on this American tour, which has marked the first time they’ve played together on one stage. Here’s our conversation:

If you happen to be near Harrisonburg, Virginia, you can see them at James Madison University tonight! If you can’t, their YouTube channel is an inspiring alternative.

“Somehow, we seem to either be expected to fix everything or do nothing, with no in-between. If instead everyone followed a common refrain of parenting and did our best, we’d probably be further along on engaging people on this issue. Currently, many people just feel detached and overwhelmed by the scope of the problem — emotions that lead precisely to inaction.”

Of course, Holt is demonstrating the solution in putting her skill as a connector to use building her network.

In a New York Times column published just a few weeks earlier, the cultural critic and sociologist Tressie McMillan Cottom nicely summarizing advice she received from the marine scientist and climate campaigner Ayana Elisabeth Johnson on how to find traction facing a challenge as sweeping as global climate disruption:

The performing songwriter Dar Williams, whose passion for community was expressed in her book of lessons learned visiting a thousand towns on dozens of tours, built this networking strategy into a song on her latest album, “Today and Every Day,” and a related campaign around that hashtag #todayandeveryday:

Some say the smallest things don’t count
Then say the big things don’t amount
To any answers either
Man there is no break or breather
There’s no time for this smart frustration
I say everyone, everyone’s a power station.

Around the time her album was released, we bumped into each other on the Hudson River waterfront and she asked me what I do “today and every day” to build a better world. My answer is below. What’s yours!?

#todayandeveryday – what do YOU do today and every day?
music video: https://t.co/28TZTmcqVw
Andrew @Revkin – Author & Environmental Journalist pic.twitter.com/67cPqUwJcz

In defense of bottom-up incrementalism, Williams sent these invaluable thoughts — first the long version and then a tight manifesto:

“First off, those who shake their heads at incrementalists are ABSOLUTELY RIGHT about where big change is going to happen. It can be very depressing. But, environmentalists, tell me what to do to affect systemic change. Suggest something more than signing petitions, donating money, working on small, local legislation, and supporting candidates with high League of Conservation scores, which I and my friends already do, and we will do it.

“The overall tone of the environmental movement is that we’re not outraged enough to take the big actions, but waving my pitchfork and storming town hall will just invite ridicule and a heavily funded blast of misleading science and fear-mongering. Give me a blueprint of what collective action should look like.

“I will also address conservation, efficiency, renewable energy sources, and other low-impact strategies in my personal life because:

“Consumer habits don’t just address consumption, they shift markets. Capitalism pretends to have a conscience, a logic, and a voice, but it really just smells one thing and that is money.

“Consumers allow other consumers to see new ways of doing things, like driving electric cars, using geothermal heating and cooling, taking Amtrak instead of a plane, and growing gardens.

“Consumers can have non-adversarial conversations with other consumers about the environment and closed-loop living, which helps to build what sociologists call ‘high social trust’ and what I call ‘positive proximity.’ In order to build support for systemic change, we have to build the social capital that will increase green political capital.”

“I believe in the power of incrementalism as a model of sustainable living for fellow consumers, a way to shift markets, and a pathway to normalizing sustainable living. Environmentalists are understandably frustrated by the gradualism of the incrementalist approach, but instead of giving us a blueprint for collective action, they just tell us how bad it is out there. I suggest that they continue to hook up with the multitude of environmental organizations and encourage them to build coalitions and come up with more concerted actions and clearer blueprints.

“Gary Toth, from @placemakersguild , is part of a coalition of urbanists, planners, designers and dreamers who plan cities according to how people actually walk, live, and interact. Up until the 60’s, it was fashionable to plan cities ‘from above,’ literally from planes or over a drafting board. 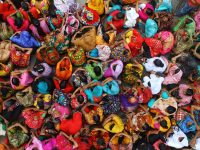 As the Human Population Tops 8 Billion, a Look Beyond Bomb and Crash Panic Proclamations 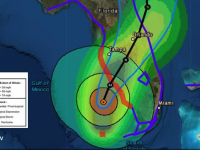 Catastrophe Looms as Surge From Hurricane Ian Meets Fast-Growing Florida
Subscribe
Login
0 Comments
Inline Feedbacks
View all comments
wpDiscuz
0
0
Would love your thoughts, please comment.x
()
x
| Reply
This website uses cookies as well as similar tools and technologies to understand visitors' experiences. By continuing to use this website, you consent to Columbia University's usage of cookies and similar technologies, in accordance with the Columbia University Website Cookie Notice.Close