Chilean voters went to the polls on September 4 and rejected a sweeping new constitution that would have significantly expanded Indigenous, environmental, and social rights. Among the innovative provisions included in the document were a set of articles that sought to protect glaciers and forbid mining in glacial environments. Some 7.88 million people voted against the text in contrast to 4.86 million voting in favor.

This country-wide ‘exit’ referendum was the culmination of a legal process set in motion by then-President Sebastián Piñera (2018-2022) and 10 political parties that signed the “Agreement for Social Peace and a New Constitution” on November 15, 2019. With the first draft rejected, the process will now start all over from scratch. 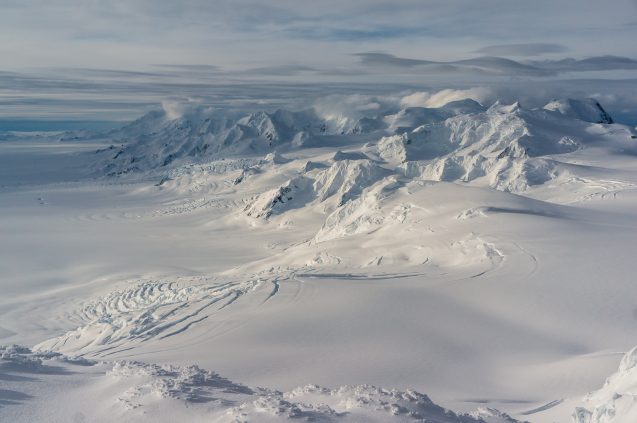 The decision to create a new constitution was spurred by student protests that began on October 18, 2019, over a 30-peso increase — roughly USD $0.04 — in metro fares. The protests escalated in subsequent weeks to become a mass movement that denounced elite rule, neoliberalism, social inequality, and the regressive constitution bequeathed by the Pinochet dictatorship (1973-1990).

Anthropologist Rosario Carmona, a postdoctoral researcher at the University of Bonn in Germany, remarked that the protests amplified the slogan “It’s not 30 pesos, it’s 30 years,” which “referred to disillusionment with the unfulfilled promises of democracy.” Carmona added that discontent with the political system was exacerbated by rising economic inequality as well as “the poor quality of public education and public health, a private pension system that leaves the elderly under very precarious conditions, high levels of pollution and sacrifice zones, [and] multiple socio-ecological and intercultural conflicts.” 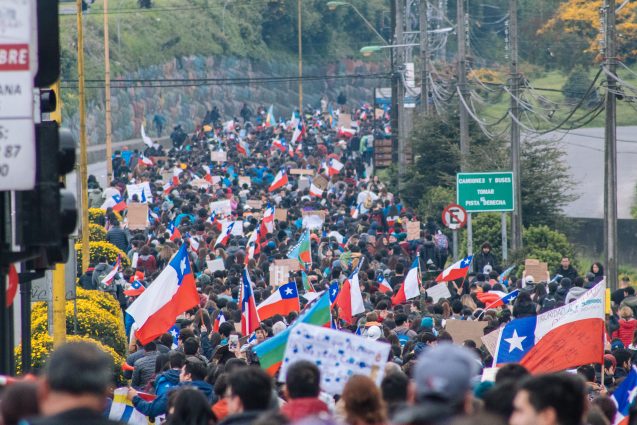 An ‘entry’ referendum held on October 25, 2020, asked Chileans whether they wanted a new constitution. There was overwhelming support for a constitutional rewrite, with 5.90 million Chileans voting ‘yes’ and only 1.63 million voting ‘no.’ Voters also approved a constituent assembly that would be elected directly by the citizenry. Elections took place in May 2021 to choose the 155 members of the Constitutional Convention. Gender parity was mandated and 17 seats were reserved for Indigenous representatives. The Convention was then tasked with drafting and voting on articles to include in the new constitution.

The Convention opened up pathways for public participation by individuals and civil society groups. The Fundación Glaciares Chilenos (Chilean Glacier Foundation) was one of the organizations selected to address the Commission on the Environment, Rights of Nature, Natural Common Goods, and Economic Model. The Fundación Glaciares Chilenos presented their case for the importance of inscribing glacier protections into the draft constitution. The founder of the organization, Felipe Espinosa, commented during an interview that the organization has worked to explain, in everyday language, the hydrological, ecological, social, and cultural importance of glaciers to Chilean society.

The final text was presented to President Gabriel Boric and the public on July 4, 2022. The Convention had passed four articles that provided legal protections for glaciers (Articles 134, 137, 146, and 197). The Fundación Glaciares Chilenos enthusiastically backed the campaign for approval, having labored for years to highlight the pressing need for glacier laws.

The draft constitution foregrounded human-ecological well-being. It called upon the state to recognize and promote buen vivir (a good life, or full well-being), environmental democracy, environmental justice, and sustainable and harmonious development. It asked the state to advance renewable energy and sustainable agriculture. It defended human rights to a healthy environment and clean air. Following in the footsteps of Ecuador, the document established inherent rights of nature at the highest level of legal protection. It stated that ecosystems and biodiversity have the right to exist, maintain themselves, and regenerate their functions and dynamics. 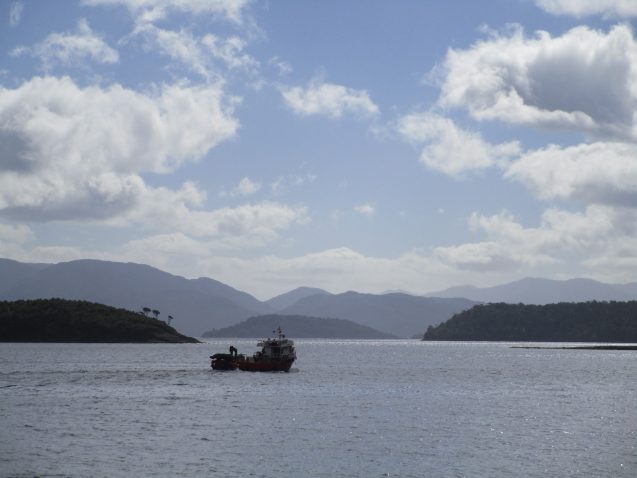 In Article 134, glaciers were identified as natural common goods (bienes comunes naturales) alongside territorial waters, the atmosphere, forests, bodies of water, and protected areas, among other entities. It gave the state a duty to conserve and restore these common goods and, where appropriate, to authorize their use as resources for individuals and collectives. Article 137 singled out glaciers, glacial environments, and their ecosystem functions as having guaranteed protection by the state. Glaciers were thus accorded an explicit and unusually prominent constitutional standing.

The draft constitution established the dominion of the state over mines, minerals, and hydrocarbons as well as the duty to regulate exploitation in the public interest and with respect to environmental safeguards. Article 146 banned all mining activities on glaciers as well as inside protected areas. Moreover, the state was given a duty to manage human activities in relation to ecosystems to ensure equity, justice, and intergenerational well-being. Article 197 stipulated that there should be territorial planning processes to prioritize the protection of watersheds, aquifers, and glaciers. 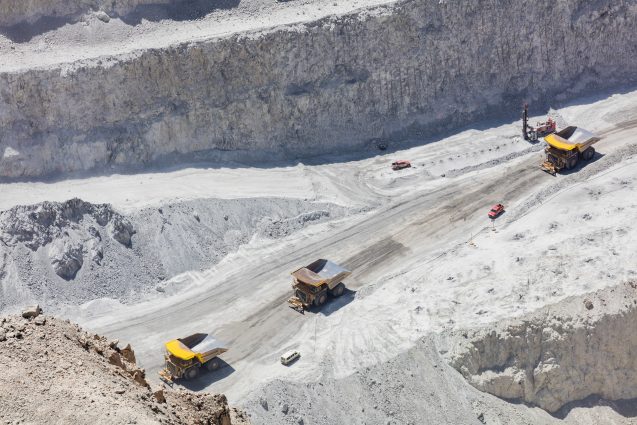 The constitution empowered a new legal agency, the Defensoría de la Naturaleza (Defenders of Nature), to review the actions taken by public and private entities that might violate the rights of nature. Along with other entities protected as natural common goods, glaciers would have been granted a new juridical status beyond mere resources to satisfy human needs. The text recognized that natural common goods are integral to human well-being and must be protected for present and future generations.

The campaign to reject the draft constitution carried every region of Chile, often by wide margins. This has prompted significant commentary on why the ‘approve’ campaign failed—despite the strong mandate for change reflected in the October 2020 referendum. Speaking for Fundación Glaciares Chilenos, Felipe Espinosa highlighted significant funding disparities that greatly favored the ‘reject’ campaign, partisan media debates that did not accurately explain the text, and a “campaign of misinformation” that promoted fear. For Espinosa, it was “fear that remained more than hope” as the electorate went to the polls — “the hope, for instance, to build a better country.” 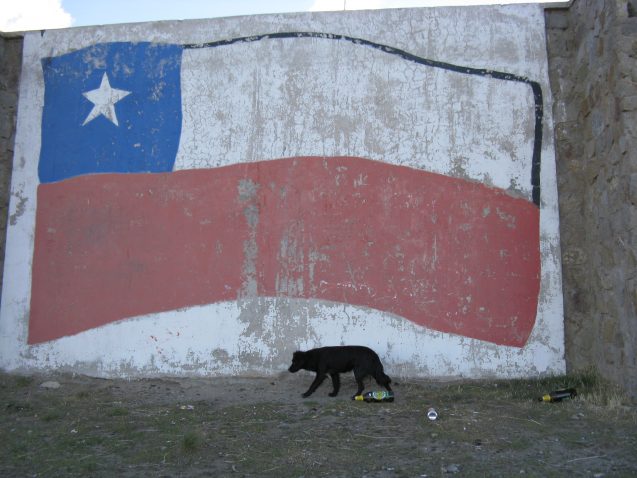 Mural in the town of Chile Chico (Courtesy of Marcos Mendoza)

Since the vote, the Boric administration and lawmakers have begun discussions about how to move forward with a completely new draft of the constitution. This has raised questions about strategy and priorities for glacier protection advocates. Felipe Espinosa commented that the Fundación Glaciares Chilenos will continue to back legislative efforts within the Chamber of Representatives to create a comprehensive glacier protection statute. The organization will also persist in its struggle to secure constitutional protections for glaciers. In an interview with GlacierHub, Espinoza stated, “Unfortunately, the text was rejected but apparently the constituent process is still open. And obviously we will be part of this new process, understanding that the environment, in general, and glaciers will be part of this new text, as they were with the previous one.”

Currently, glaciers inside national parks are protected by law. However, glaciers outside of parks can be affected by human activity, such as the extractive projects of the mining industry. Rodrigo Gomez-Fell, a PhD candidate in glaciology at the University of Canterbury in New Zealand, remarked: “Glaciers in the Andes are an important source of water for the local communities and agroindustry in the central valley of Chile. Appropriate legislation would ensure that this resource is used in a sustainable way and is preserved for future generations.” However, many questions remain about glacial dynamics in the Andes. Gomez-Fell noted that further research is especially needed to understand the “role of rock glaciers in the hydrological system of drier areas of the northern part of Chile.” He also stated, “If these water reservoirs are not considered in the legislation, we have the problem of leaving unprotected an important part of the Andes water cycle.” 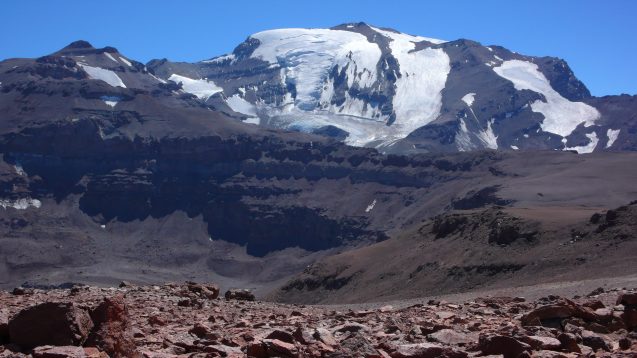 Climate change has also significantly impacted Chilean glaciers. Gonzalo Navarro, a PhD candidate in energy, water, and the environment at Chile’s Universidad de la Serena commented: “Just like all ice bodies in the world, glaciers in Chile have been strongly affected by climate change. However, this impact has shown to be enhanced due to human activities related to [a] decrease in albedo, mainly due to particulate material coming from urban centers and [the] mining industry.” He added: “A new law on glacier protection is needed for the preservation of all cryoforms in Chile (glaciers and permafrost)” to ensure their environmental functions as short-term and long-term water reserves.

Chilean glaciers cover an area of approximately 23,700 square kilometers, according to a 2017 inventory. This comprises roughly 82% of all the glaciers in South America. The defeat of a constitutional initiative that would have protected them leaves not only Chile, but the entire continent in a more precarious position. However, the strong commitment of those who have worked to conserve glaciers raises hopes for future actions to promote sustainability and to secure robust legal protections for glaciated environments.

Marcos Mendoza is an associate professor of anthropology at the University of Mississippi. His research focuses on social, political, legal, and environmental issues in Patagonia and Mexico. His most recent book is The Patagonian Sublime: The Green Economy and Post-Neoliberal Politics. He can be reached by email (mendoza@olemiss.edu) or on Twitter (@AnthroPatagonia).