Benjamin Preston, Author at State of the Planet 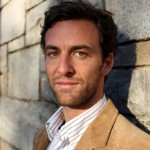 Benjamin Preston was a communications intern for the Columbia Water Center. A graduate of the Columbia University Graduate School of Journalism, he also serves as an editorial intern at OnEarth Magazine. Before coming to New York, he covered water resource issues as a staff reporter, first for the Santa Barbara Independent and then Noozhawk.com -- both are Santa Barbara, Calif.-based local news publications. He has also had work published in the San Francisco Chronicle, Miller-McCune Magazine, the Brooklyn Eagle, and the now-defunct Terrain Magazine, among others.

At a time when the world is abuzz with talk of reducing carbon dioxide emissions to stem the tide of climate change, Canada’s surfeit of hydropower production appears an attractive option to people south of the border who still rely on fossil fuel-generated electricity.

Safety Be Dammed: High-Risk Dams on the Rise

In the still hours just before midnight on March 12, 1928, thousands of people slumbered in the handful of agricultural communities nestled along the Santa Clara River in Ventura County, California. Tony Harnischfeger and his family slept quietly in a small house at the foot of the St. Francis Dam, a 195-foot high concrete gravity… read more

Walking the Tightrope of Groundwater Management

As climate changes and supplying water becomes more challenging, one company says it has a better management strategy.

Canada’s Boreal forest is far from the public eye, but it contains 25 percent of the world’s wetlands.

The Less Thirsty Cars of the Future

Good news for clean air and water: President Obama unveiled an agreement last week to raise the bar on fuel economy by 2025.

Cooling the Former Frontier: Using Water to Save Energy

AC units have become more efficient over the years, but energy consumption during hot summer months can increase significantly, boosting both the amount of money spent on electricity and the volume of greenhouse gasses emitted in the energy production process.

For all its problems, Southern California has been a wonderful home for a lot of people over the past 100 or so years. It has nice beaches, good roads, plenty of places to eat, and, for now, a reliable supply of drinking water. Now imagine the L.A. riots had spread across the entire region, plunging… read more

The Fairytale of “Organic” Water

Time and time again, marketing teams have proven that people will buy pretty much anything. So many examples exist that the topic was enough for Brooks Jackson to write an entire book about it. One of the more recent flim-flam schemes is selling organic water. Wait a tick, did I just say that? Yes, I… read more

Fracking is back in the news again, and in a big way. On July 1, the New York State Department of Environmental Conservation, backed by Gov. Andrew Cuomo’s administration, released its recommendations regarding the controversial natural gas extraction technique. Amidst the din of statewide protests, the agency supported fracking in most of the state’s portion… read more

The outlook for global water is bleak, but Alex Prud’Homme still believes in the power of human ingenuity.