Elisabeth Sydor, Author at State of the Planet 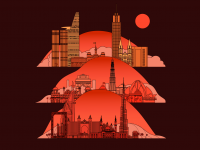 The interactive graphic, based on a recent study out of Columbia, visualizes the threat of rising temperatures combined with soaring population growth. 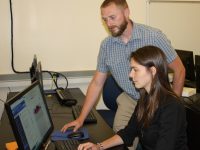 Bright Lights, Big Cities: An Intern Takes on the World of Remote Sensing 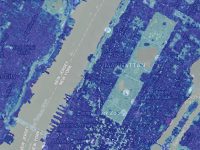 High-resolution data on impervious surfaces and urban extents can shed new light on patterns of urban and rural development. 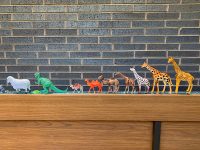 Every year, CIESIN’s Joe Schumacher sets up an elaborate parade of figurines in the Geosciences lobby to brighten spirits during the holidays.

Anthropocene and Its Victims: Migration as Failure or Adaptive Strategy?

Track the Number of People in Irene’s Path

As Hurricane Irene barrels up the East Coast, the number of people affected is rising. Based on calculations at 2 pm on Saturday, more than 47 million people were within 100 miles of the storm track; and nearly 69 million within 200 miles, according to Columbia’s Center for International Earth Science Information Network(CIESIN). Visit CIESIN’s… read more

The CCRUN Web site, developed and hosted by CIESIN, provides resources related to assessing and managing risks from climate change/variability in the urban Northeast.

The NASA Socioeconomic Data and Applications Center (SEDAC) operated by CIESIN is a unique source of interdisciplinary data and related information and services related to the human dimensions of global environmental change. To help users more effectively find, access, and use these resources, SEDAC has redesigned its Web site with enhanced search tools, interactive mapping… read more

Terra Viva SEDAC Viewer, a map viewer and standalone software application, has been updated for 2011 with the addition of several new SEDAC data sets, including climate change scenario data and indicator collections with hundreds of variables. Terra Viva contains map data and GIS functions in one package. An excellent tool for educators, as well… read more

Gridded Population of the World (GPW), the Environmental Performance Index (EPI), and the Last of the Wild/Human Footprint collection are just a few of the many SEDAC data holdings that can now be found via the improved search interface Reverb—NASA’s Next Generation Earth Science Discovery Tool.