Katherine Allen, Author at State of the Planet 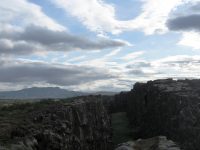 The skin of the Earth is the color of tar,
Ridged, freshly healed like the seams of a scar.
Through salt-spattered sky, a gray-winged gull sails;
Steam gently rises, the island exhales. 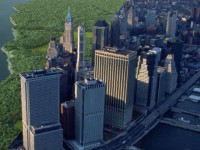 People are sometimes startled
By falcons perched on balconies, raccoons slinking through the park,
Bluefish blitzing herring up the river, coyotes tracing train tracks.
Isn’t it amazing, or isn’t it disturbing, we say,
A creature’s daring foray into our hard-paved empire. 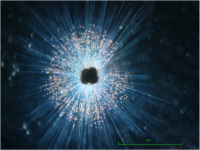 Heaved upwards from your deep and watery grave,
From the quiet murk onto a chaotic, brine-encrusted ship deck,
You’re ever so carefully washed free from the mud,
From all the rinsings of continents that settled out of the sea with you
Like snow, softly entombing your remains.

Far away, a beloved dot
Arcs through cold and shrouded spaces,
Not lonely, as we had once thought,
But circled by more rocky faces:

New data support the conclusion
The “hiatus” was mostly illusion…

Alien orbits you plied,
While we vicariously spied
A distant globe …

I hear that the Archean Earth
Spewed lava and was hot,
(While much later, “Snowball Earth,”
Apparently was not),
Some have said that life sprung out of
Spreading-ridge-type stew,
Photosynthesis seems likely
Based on carbon records, too.

To feed our own species, we race,
Wild herbage, corn rows replace…

Since the dawn of mankind, I imagine we’ve gazed
In wonder and awe at the sky’s starry crown;
More recently, we have been deeply amazed
By the long-obscured, staggering view looking down
To the depths of the sea, through crust, and below…

The Most Astonishing Thing

The most astonishing thing about the universe, in my eyes,
Is not merely its gargantuan, unfathomable size,
But the way its vastness ferries gorgeous, primordial light,
So that as we look up into the night,
The farther afield our gaze penetrates, the higher we climb,
The farther we can see back in time.