carbon emissions Archives - Page 2 of 3 - State of the Planet 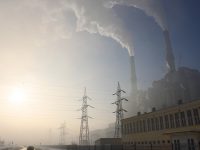 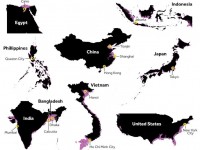 Humans have been burning fossil fuels for only about 150 years, yet that has started a cascade of profound changes that at their current pace will still be felt 10,000 years from now, a new study shows.

ExxonMobil and the Distortion of Climate Science

What protection can we fall back on when a giant, powerful, multinational corporation leads an effort to change the nature of reality itself and redefine scientific fact? The answer is of course, is the protection of other powerful institutions: research universities like the one I work for, the Congress, and, in this case, the New York State attorney general.

Let’s remember that America is part of a global economy, and if we are not aggressive about sustainability we may find ourselves left behind and noncompetitive in the new businesses that emerge in renewable energy and recycled materials.

Innovations in the 2014 EPI include a new wastewater treatment indicator; a new approach to climate change indicators; and two new satellite-derived indicators for air quality and forests.

A Faustian Choice: Population and Environment

Population growth is a key contributor to the pressures pushing at our planetary boundaries. In Rio+20 discussions, implications of population growth have become shrouded in platitudes. It is important that discussions on planetary limits clearly lay out possible strategies that can alleviate these pressures.

The Less Thirsty Cars of the Future

Good news for clean air and water: President Obama unveiled an agreement last week to raise the bar on fuel economy by 2025.

On March 23, the Environmental Protection Agency released a list of the 40 cities with the highest percentage of energy-efficient buildings. While Los Angeles, Washington and San Francisco made the top three, NYC came in at number ten. When we think about carbon emissions, we often think of cars, trucks, factories, and power plants. We think… read more

It’s not often that when we purchase food from a bodega or grocery store that we consider where it came from.  Is my apple from New York, Washington, or China?  Were my tomatoes grown in Florida, California, or Mexico?  Whose hands planted and picked them?  Why did this planter choose this variety? Wherever our food… read more