A Sustainable Strategy to Deal with Urban Poverty When architect Fernando Arias first arrived in Kumasi, Ghana last year with a Columbia University team researching ways to help the city deal with its many challenges, he saw unpaved roads, trash burning, garbage everywhere, and shoeless children running all around. He noticed a pipe in back of a house dripping milky-colored grey water (a combination of kitchen water and urine) and decided to find out where it went, tracing its path on videotape. The stream began eroding a channel in the ground and eventually became a trench. As Arias followed the stream, he was shocked by the sight of a vast sea of trash, and could hear children singing in the distance. He followed the stream through a field and into a river filled with trash, adjacent to the local school. As he crossed the river on a crude wooden bridge, he could feel mosquitoes biting him.

When Arias visited the school, children gathered around him, curious and excited about this stranger in their midst. They grabbed his hands and touched his beard, as if they’d never seen one before. When he gave one child his lunch, he suddenly found the children wrestling each other to the ground for the extra food. “It was heartbreaking,” said Arias. “That was the moment when I felt drawn in—these kids were really innocent and open. I knew I wanted to protect the school, which was right in a flooding area. Because of nearby livestock, during rainfall the area had the potential to spread disease…These kids were victims of a situation not of their own creation.” From then on, Arias thought of the children as essential stakeholders and knew he needed to act on their behalf.

Ghana has one of the fastest growing economies in the world. The recent discovery of new oil reserves here is speeding the country’s urbanization. Kumasi, its second largest city in the south central region, has traditionally attracted many migrants from other parts of Ghana and West Africa who come to the city to trade or sell their produce or who have traversed the city enroute to the north and south. Many have now settled here and live in slum conditions. The nonstop influx and resulting unplanned and chaotic growth are overwhelming the city’s basic services. In 2012, the Earth Institute’s Urban Design Lab, in collaboration with the Millennium Cities Initiative and the post-graduate Urban Design Program at Columbia’s Graduate School of Architecture, Planning and Preservation was invited to Kumasi to help the city come up with sustainable strategies to address some of its many challenges.

The Urban Design post-graduate students, 25 professionals in architecture and landscape architecture, along with students from the Kwame Nkrumah University of Science and Technology, focused on the communities of Akorem, Adukrom and Sawaba, whose population, mostly made up of migrants, is growing 4.5 percent a year. Many migrants have squatted in the nature reserve, the green belt and the flood plain, and have put up improvised ramshackle housing. The area is plagued by poor water supply, drainage and sanitation. Raw sewage and garbage flow into the local river. The residents have little access to education, jobs or economic opportunity. Due to budgetary constraints, the local Kumasi government has not been able to adequately address these problems. The three communities of Akorem, Adukrom and Sawaba are now a part of a new municipal jurisdiction called Asakore Mampong, whose leaders are eager for ideas about how to improve conditions in an economical and sustainable way. “The challenge was how to upgrade, evolve and retrofit the area while working with scant resources,” said Richard Plunz, Director of the Urban Design Lab.

The students came up with seven sustainable scenarios for Kumasi, but the focus here is on the project that won the Lucille Smyser Lowenfish Memorial Prize for several of the 2012 graduating students in architecture and urban design: “Recycling Human Waste for a Healthier Environment.”

In the 400-acre Akorem, Adukrom and Sawaba area, very few people have toilets; over 50 percent of households share just eight public facilities. Most children defecate in the open, and public dumpsites are not conveniently located. There is no trash pickup or waste management. Trash all around. Photo: Clara Goitia

People burn their garbage, much of which ends up in the river where it blocks the water’s natural flow. The situation here is not unusual: 2.4 billion people around the world lack basic sanitation. In Kumasi, large sewage pipes, awaiting a municipal sewage treatment system that will eventually serve the airport, lie around unconnected.

The Kumasi Metropolitan Assembly, the local government, is scaling up the city’s airport and, as often happens in many parts of the world, wants to move migrants out to make way for new high-rises and commercial buildings. If the dispersal of the migrants is haphazard and unplanned, this will only create additional problems.

The poor conditions in this part of Kumasi foster a host of environmental problems, including flooding caused by poor drainage, the silting of water bodies, erosion, and the clogging of drains. The sanitation conditions also contribute to the prevalence of malaria, diarrhea and skin diseases. The mostly one-storey housing is of low quality and there is severe overcrowding. Poor road conditions result in traffic tie-ups. And all of these problems stifle the region’s economic growth.

Now attending Columbia’s School of International and Public Affairs in Public Administration, Arias was one of four students who designed the Recycling Human Waste project. They realized that devising a way to manage water and waste could alleviate some of the health risks the area faced. As Arias and his teammates surveyed the streets, he noted stains from floodwaters reaching up the sides of buildings and realized that they meant these places were flood-prone and at risk of disease. This helped the team identify specifically where it needed to implement its sustainable strategies. The goal was to create a model for a low-income community to leapfrog over the traditional municipal sewage infrastructure and at the same time, generate jobs. “Top-down infrastructure is not going to happen here because no one has the money for it,” said Plunz. “It has to be a more community-based, even micro-based strategy to deal with water and waste. This is the growing reality in many places around the world, certainly in much of Africa.”

The project’s first strategy was to bury trash, creating mounds of land to divert and direct floodwaters away from the school. Small channels, rather than a large gutter, would be made so that the area could still be used for recreation when there was no flooding. The ground floor of the school, consisting of pylons, would be shored up and filled in, using trash from the river.

Public toilets were placed in the areas most vulnerable to flooding. The latrines would collect human waste in moveable containers that would later be sent off-site for composting or to biodigesters to generate energy and fertilizer. The management of waste could create job and revenue opportunities for residents. At these sites, rainwater would be collected for hand washing. The other side of the public toilets could be used as retail space for a market or other community facility.

Moving migrants out of the flood zone required figuring out how best to increase the density of the community. The project envisioned creating more two-storey buildings outside of the flood zone that would also house latrines with removeable waste bins. The top floor would be residential, with commercial activities below. Around the residences, urban farming would serve as green infrastructure to help manage stormwater by absorbing excess rainfall. Wetlands utilizing terraces of green plants would help clean the wastewater.

Since an estimated 75 percent of the Akorem, Adukrom and Sawaba people have only basic education, education is key to ensuring community involvement. Schools, clinics and public toilet facilities could become centers for education, demonstration and training, to teach residents about creating land mounds, building construction, land stewardship, groundskeeping, solid waste collection and maintenance.

This project exemplifies the constellation of climate change and its unpredictable weather, adaptation and public health. “Climate events will be catastrophic if they have human health impacts. Sanitation is the key,” said Arias. “These are lessons that are takeaways for other cities in other parts of the world.”

The other six projects designed by Urban Design Lab students dealt with containing sprawl through planting cash crops in the green belt; revitalizing a neglected railroad corridor; strengthening community interactions by rethinking the design of the city; promoting community ties by providing economic development at schools, churches and mosques; creating new market places to strengthen the food distribution system; and building a women’s and girls’ center, in another part of town, to provide health and education services, job, business skills and IT training as well as a place for community gatherings and celebrations. The Kumasi Metropolitan Assembly has allocated land for the construction of the Women’s and Girls’ Center, which has already begun certain activities and services for women and girls while fund-raising for the construction of the complex itself.

The new jurisdiction of Asakore Mampong is figuring the Urban Design Lab’s proposals into its own strategic and budget planning for the current year. The resourceful and modest sustainable projects proposed by the Urban Design Lab can be applied in many impoverished parts of the world. But “the implementation has to be from the inside first, then from the outside,” said Plunz. To be successful anywhere, it seems three ingredients are necessary: community buy-in, political will and the support of a non-governmental organization that can help secure outside funding.

2013 Urban Design Lab students are currently working on three new sites in Kumasi. In a fast-developing community called Fante New Town, they are figuring out how to help the community grow while retaining its local economy of bread-baking and casket-making. They are working on the redesign of an area that is to become a capital complex along a planned ring road in a new municipality in Kumasi. And they are working with Ghanaian doctors to design a new West African Health Foundation Juaben Health Center, a private 250-bed hospital focused on maternal and child health needs.

Sylhet City, Geology, and Packing Up 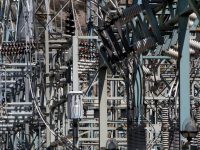 What Is Decarbonization, and How Do We Make It Happen?
Subscribe
Login
1 Comment
Oldest
Newest
Inline Feedbacks
View all comments

Hi,
I am working for a thesis for Urban Design now. My thesis topic is how to mix urban poor with urban rich. because I think if we segregate poor in the society there always remains chance for poor living quality and crime in the segregated community. So I want to integrate slum people with the rich community.because urban poor are actually part of the city, as they help run the city economy by their labor. Do you have any idea or comment about that? what do u think about this concept?