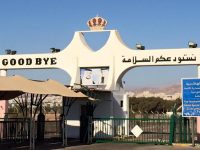 FROM THE FIELD
Environmental Sustainability in the Middle East

Land and Conflict in East Jerusalem: the Role of Urban Planning

The Holy City of Jerusalem is divided and at stake, victim of a war in which “cement and stone” are used as tools of conflict to gain territory inside and outside its walls. Aside from the military aspects of the Israeli-Palestinian conflict, there is a low-intensity war currently happening, characterized by slow and consequential events of a spatial nature.

In addition to its religious and national importance, until the signing of the Oslo Accords in 1993-4, Jerusalem represented the metropolitan center of the West Bank and undeclared Palestinian capital as well as a transportation hub and economic and commercial center. The planning situation in East Jerusalem is described by the United Nations in a 2009 report available here (pdf).

When in 1967, Israel occupied East Jerusalem, it declared the whole city as its inseparable capital. Since then, it has carried out the settlement of Jewish neighborhoods within the eastern part of the city with the purpose of preserving a 70:30 Jewish-Arab balance and creating “urban facts,” making the whole city de facto Israeli. Territorial and housing policies represent powerful tools for Israel in their aim for a “demographic balance.” Whoever physically controls the city, controls its destiny.

Despite the international community never recognizing the 1967 annexation of East Jerusalem, Israel has since then expropriated land amounting to more than 35 percent, mostly for the construction of Jewish residential neighborhoods. The vast majority of this land was previously privately owned by Arabs, mainly Palestinians, and only a small portion was state land or land owned by Jews prior to 1948.

In addition to a lack of area for construction, the impossibility for an Arab Jerusalemite to obtain a building permit has led to a boom in unauthorized housing.

In East Jerusalem, neighborhoods like this are largely unplanned. Both road construction and housing construction is unpermitted and thus not eligible to receive municipal services. Photo: Alejandra Pérez-Plá

As of today, there are more than 22,000 houses without a permit, and although demolition is the last point in the process of struggling with the authorities, in 2013 alone, 95 demolitions of Arab properties took place in East Jerusalem, with 298 people displaced. Schools are demolished on the premise that they pose a threat to security.

There is currently a shortage of over 15,000 housing units, leading many to live in high-priced, crowded spaces. And, if a property does not have a permit, it is not allowed to connect to the system, meaning it is deprived of access to basic infrastructure such as water, with residents forced to live in dire conditions.

Another planning method used by the Jewish municipality to appropriate land is that of designating land as “green spaces” in the form of open spaces, such as national parks, where construction is not allowed. This type of land appropriation is also carried out with the implementation of alternative public projects like landfills, of which the largest in Jerusalem is in the separation area, not between two Israeli neighborhoods.

IPCC, an independent, Palestinian non-profit organization established in Jerusalem in 1998, has been working since then to support the urban rights of Palestinians in East Jerusalem and Area C of the West Bank, with the goal of developing a highly informed, competent and active Palestinian civil society that is capable of realizing its social, economic and political rights. One of the matters they are currently working on is trying to integrate some of the non-build-up areas into development areas. Another player fighting the same cause is BIMKOM, an Israeli non-profit organization founded in 1999 by a group of planners and architects. A significant majority of the Arab legal houses precedes the Israeli occupation of East Jerusalem in 1967, and for the larger part of Arab Jerusalemites, for both political and religious reasons, there is no alternative to living in Jerusalem. Being only residents of Jerusalem, not Israeli citizens, they cannot move to the surrounding Israeli suburbs nor the West Bank villages, as by leaving the city, an Arab Jerusalemite loses his Israeli residency. Since 1967, more than 50,000 Arab Jerusalemites have lost their residence in Jerusalem as a result of moving to live in the West Bank. And due to the construction of the separation wall and the numerous and arduous checkpoints, the commute from the West Bank to Jerusalem has become almost impossible.

Contrary to the explanation given by the Israeli administration regarding this phenomenon, blaming Arab economic and nationalistic factors, Arab residential illegality is primarily a direct consequence of Israeli urban policies, and is a tool for achieving the political aim of the containment of Arab demographic growth and of Arab urban expansion in the area.

The Israeli closure of East Jerusalem from its natural extension (the West Bank) and other suburbs has gradually undermined its centrality and weakened it. It is clear that without an urban civil culture, it is impossible to promote political and economic participation, and a non-unified Jerusalem will remain. This calls for action accompanied by a municipal plan that accounts for the Arab population’s rights, which Jerusalemites have been waiting for since 1967. Alejandra Pérez-Plá is a first-year graduate student pursuing a master’s in Sustainability Management with a certificate in Sustainable Water Management at Columbia. She was among a group of students from Columbia and Tel Aviv University who traveled around Israel and Jordan this spring to study environmental issues. This is one in a series of posts about the trip. 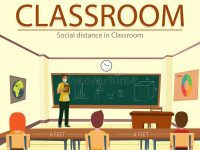 Back to School During a Pandemic 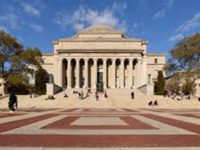 It is alright sit in an academic environment and make a master plan for city and sharing of water but when it comes to implementation,selfish interest of human nature seem to take over. For instance ,India is known for its expertise on water sharing,yet even after supreme court order,Southern state of Karnataka appear unwilling to release chaveri water to its down stream neighbouring state of Tamil Nadu according latest reports.

I am pleased to read recently that India is going to embark on a massive project td connect rivers and make available water from other parts of India to water need of southern state like Tamil Nadu. Water is human right and it is the life blood of human and agriculture is the provider of food which require water. In fact when I was attending the world summit on sustainable development in 2002 ,the problem of water sharing was one of the main issues discussed even at that time the problem of water non-sharing issue between southern states of Karnataka and Tamil Nadu was there. I am also pleased I laid the foundation for Integrated water resources development with a paper to world water congress on water resources organised by international water resources association headed by late Professor Ven Te Chow of Hydraulic Engineering , University of Illinois.

Alejandra Pérez-Plá
hello and please can you advise me as follows:
1. what is the land tenure in east Jerusalem e.g. is any land freehold and does it have mineral rights to what is underneath it – this is known as queen victoria title?
2. if the land is leased or on revolving ownership does it revert to the original owner every 50 years vis jubilee?
3. is there any land in government ownership whether jewish or palestinian and are the buildings on unit title vis 100 owners in the same 10 level structure?
4. is anything being done to get communal land for multi structure ownership such as kibutz or flat such as happens in russia?
5. how much if any is the amount of land that is in outright jewish ownership and how much would this cost to buy for multi developments?
6. who levies the rates or fees for land occupancy in west bank or east jerusalem? is it jerusalem city or who is it?
7. who controls the electricity supply network in east jerusalem and who controls refuse collection and the water supply and stormwater and sewerage system?
8. are you able to correspond with me to see if there are any avenues for resolving much improved development?
GPC 77 tarewa road whangarei nz (retired town clerk MICMA)