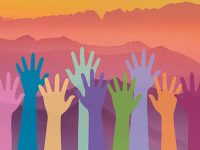 You Asked: Why Is it So Hard to Predict Volcanic Eruptions?

“You Asked” is a series where Earth Institute experts tackle reader questions on science and sustainability. The following questions were submitted for volcanologist Einat Lev following her talk, “Why We Need a Volcanic Eruption of Data.” In the talk, which was filmed as a part of the Lamont Doherty Earth Observatory’s 2020 Open House at Home, Lev says that more monitoring of volcanoes could help to save lives.

Watch the short talk here, and read Lev’s responses to reader questions below.

Why is it difficult to get real-time eruption information in the Information Age? Einat Lev is an associate research professor of seismology, geology, and tectonophysics at Columbia University’s Lamont-Doherty Earth Observatory. Her research seeks to understand the physical processes influencing the impacts of volcanic eruptions.

The technology to acquire pre-eruption information exists for the most part, but, unfortunately, only very few places have enough sensors already in place. Getting instruments on volcanoes can sometimes be difficult because they can be remote, dangerous, or just complicated to work at (e.g., at national parks or private lands). Usually only one researcher goes to a site, because it can be prohibitively expensive to send a large, multidisciplinary team. So, overall, the technology to get eruption information exists, but it all comes down to economics.

How accurate are the predictions of volcanic eruptions? How much lead time is there between a prediction and an event?

Only about 20% of eruptions have an appropriate increase in the alert level before the eruption occurs. That’s pretty low considering the importance of warning citizens living near active volcanoes. Lead time can range anywhere from hours to days to months. It often varies based on the style of the volcano. For example, some volcanoes give off very few signs before erupting. Other times, you see an uptick in activity and think an eruption is coming soon, but then nothing happens for months.

It is difficult to gather enough data to find clear patterns in this wide range of volcanic behaviors. Many locations do not have adequate data due to financial constraints, but sometimes we are looking at the wrong signals. For example, some volcanoes have only one seismometer on them. If their pre-eruption upticks occur as increases in gas and not in rumbling that can be picked up as seismic waves, then there is inadequate data to predict lead times and for researchers to issue warnings.

Can you predict which volcanoes will have violent eruptions?

The general pattern is that volcanoes with more viscous magmas will have more violent eruptions. To elaborate, volcanoes on subduction zones have more water and silica, which generate viscosity, and their eruptions are more likely to be big and violent. However, it isn’t completely clear cut because predictions also depend on the size of the system and how quickly the magma moves up towards the surface. This is actually an active area of research. We are studying a volcano in Alaska, for example, which has mostly smooth lava eruptions, but every now and then, a violent blow. Researchers are comparing the development of these differing explosions.

How do you study volcanoes that are underwater?

Volcanoes underwater are harder to see directly, but it is actually easier to study their structure because we can view the area from above by sending seismic waves from a boat. These waves even reach the subsurface of the volcano, so we can see a view of what it looks like inside in much more detail and completeness than what we can do on land. Some underwater volcanoes, like Axial Seamount, off the coast of Oregon, are even equipped with cameras and pressure sensors.

Do solar activities or tidal forces have any effect on volcanic eruptions?

I haven’t seen any evidence of a link between solar activity and volcanoes but there is some documentation of a minor impact from tides. If a volcano is very close to erupting, there is a slightly higher likelihood that it will erupt when there is a change in force induced by tides. Maybe someone will find a link with the activity of the sun, that’s the beauty of science; we can just ask a question and run an experiment on it.

How has the pandemic affected volcanology?

The pandemic has severely impacted the ability to do field work and travel, but it has also led to opportunities to interact with colleagues who live far away by inviting them to remote seminars and workshops, so there is a silver lining. As a general trend, I think the pandemic has highlighted the importance of direct and accurate scientific communication. People need to understand what is going on and how science affects what they are experiencing. 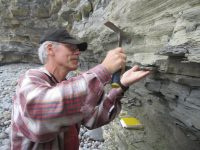 very interesting about under water volcanoes!

We not end of world yet. But soon.