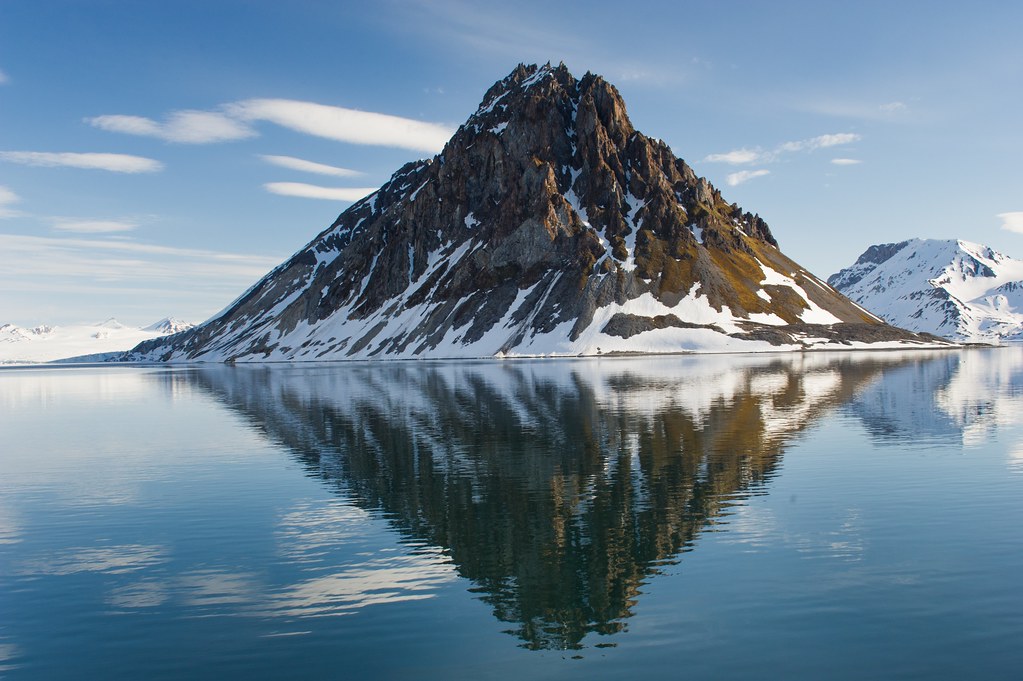 The Hornsund fjord is located in Svalbard, an archipelago in the high Arctic about 750 kilometers north of Europe. The fjord’s typically cold Arctic waters recently experienced unprecedented increases in temperature with an influx of warmer Atlantic waters. The detection of this warming prompted a study of the local seabird populations. The study found that the temperature increase in Hornsund waters favored one species, black-legged kittiwakes, but reduced the populations of another, little auks. The authors also focused on the role of glaciers, which are common on Hornsund’s coastline, in shaping the seabird communities.

Spitsbergen, the island in which Hornsund is located, contains dozens of fjords and inlets that are experiencing warming. These open fjords on the western portion of the island receive high flows of warmer Atlantic waters. Hornsund, despite being located on the southern tip of the island, is not typically affected in the same way and consists of mostly Arctic waters. In 2014, however, the fjord received an abnormally large flow of warmer Atlantic waters. The study found that this change in the composition of Hornsund’s waters bore important consequences for many types of marine organisms, creating a cascade of effects that impacted the seabird populations.

Ultimately, the driving force behind changes in seabird populations is the ability of different zooplankton species to survive in warmer or colder waters. When the water gets warmer, little auks diminish in population as their food sources, mainly larger zooplankton, struggle to survive, leading to higher mortality among both newly hatched chicks and adult birds. However, smaller zooplankton thrive in these warm Atlantic waters, shifting the food chain to favor fish, and, consequently, fish-eating seabirds such as the black-legged kittiwake as well. The two birds have different mechanisms for feeding. Little auks suck water into a pouch in their mouths to capture small invertebrates, while black-legged kittiwakes use their sharp bills to catch their food, mostly fish, which they reach by diving at the surface of the water and sometimes by swimming underneath. 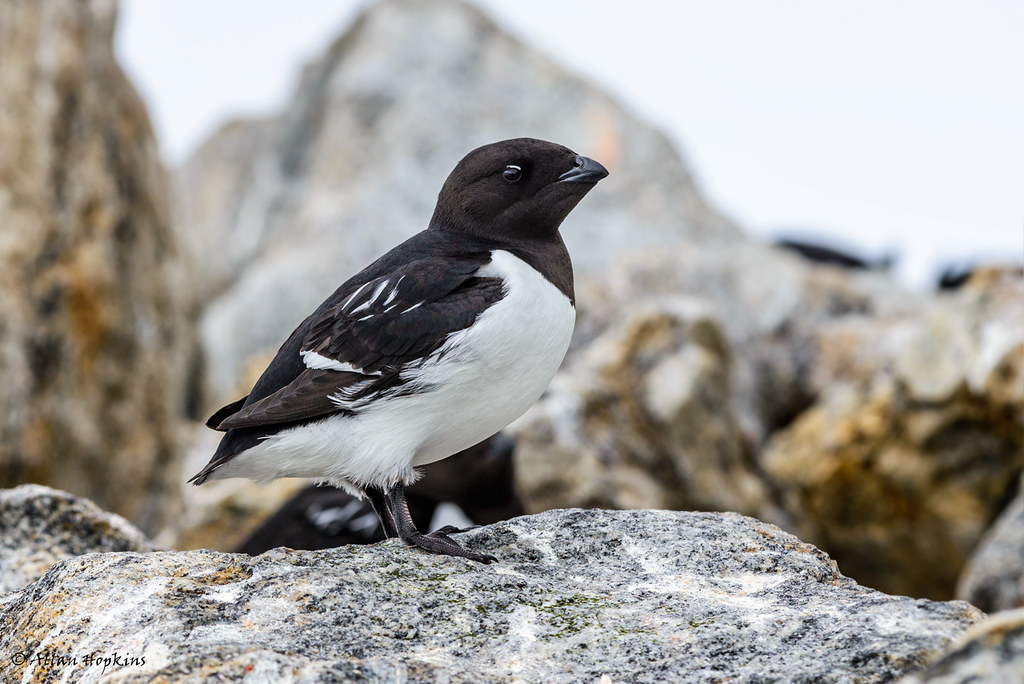 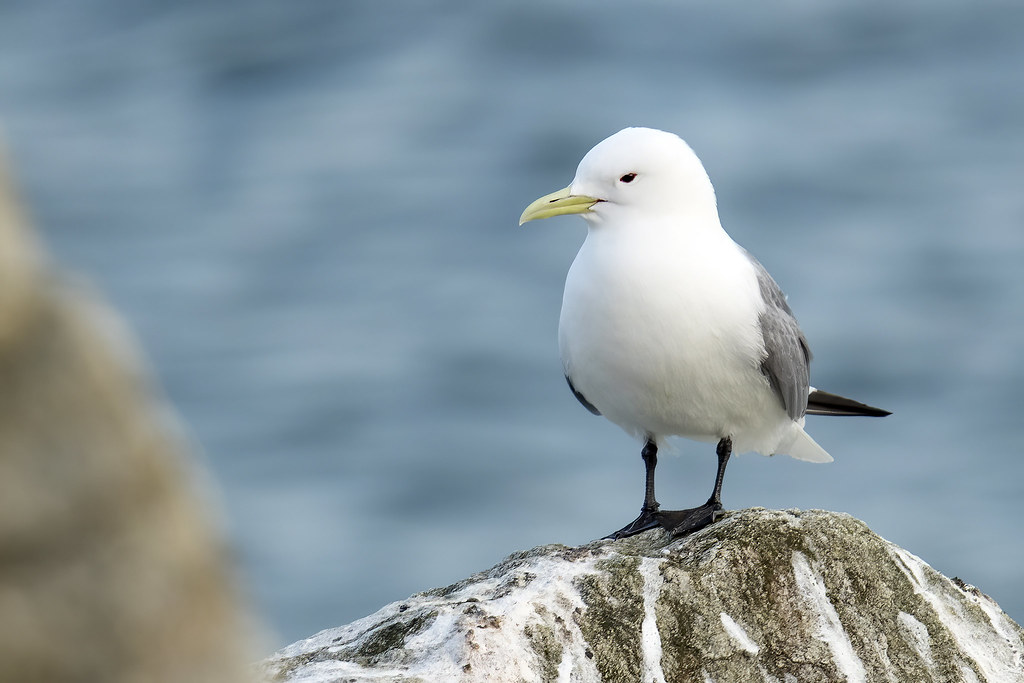 The study found that the warming period in 2014 favored black-legged kittiwakes, while 2015 and 2016, which saw cooler summers, were better for little auks. Manon Clairbaux, a postdoctoral researcher at the SFI Research Centre for Energy, Climate and Marine Research and Innovation at University College Cork Ireland, explained that “seabirds are also impacted by the state of their prey populations. So if seabird populations are in free fall, there is a good chance that this is linked to the decrease in the quantity of their prey.”

While recent years have still varied enough in water temperature to support a diverse seabird population, climate warming may reduce this variation. Such a change would result in more years with Atlantic waters crossing into Arctic fjords, potentially increasing the frequency of conditions that favor black-legged kittiwakes over little auks.

The surrounding ecosystems, such as coastal glaciers and tundras further inland, are also inextricably linked to the seabird populations. Glaciers affect the birds both through their presence as well as their absence.

Clairbaux, who is not affiliated with the study, emphasized the role seabirds play in the survival of ecosystems further inland. “Seabirds being on land in summer are prey for many animals (like the Arctic fox) and provide the ecosystem with marine nutrients necessary for the growth of plants, which is necessary for the life of other animals (musk oxen, hare, terrestrial birds etc.).” The tundras and the other animals that inhabit them may be affected not only due to a lack of nutrients, but also because of a loss of prey in the seabirds. 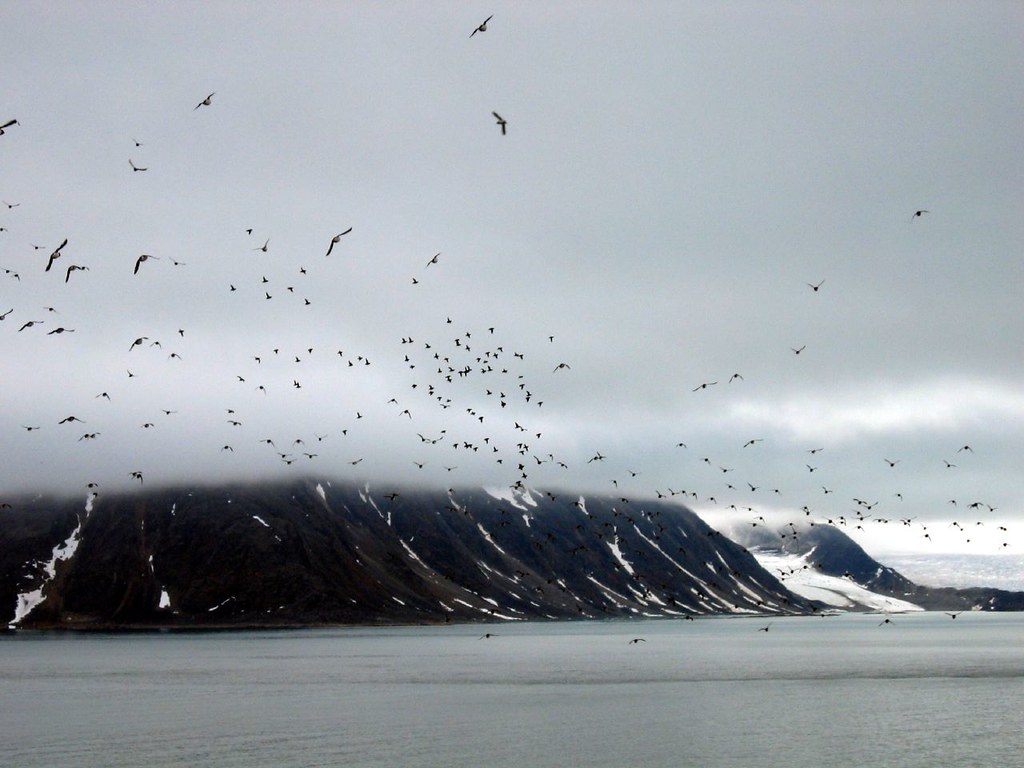 The various systems within this single fjord, from seabird populations to coastline glaciers to tundras kilometers from the shore, are all deeply intertwined. The 2014 change in water temperature observed in this study bore important consequences for not just marine organisms, but for seabirds and other ecosystems as well. Shifts in the surrounding waters, which are likely to become more common as the climate warms further, threaten to upend the seesaw-like dance between seabird communities as the scales tip in the favor of species like the black-legged kittiwakes, leaving their counterparts, the little auks, struggling to rebound. Ultimately, as the glaciers along the coastline of Hornsund continue to retreat and disappear, feeding spots will vanish while new habitats open up, creating both challenges and advantages for the black-legged kittiwake.