Protecting Temperate Old-Growth Rainforest is Key for a Sustainable Future

On the west coast of Vancouver Island, British Columbia, red and yellow cedar trees over 1,000 years old are being cut down for lumber. The logging company, Teal-Jones, has a provincially granted tree farm license that gives them exclusive rights to log a 230-square-mile area in the southwest of the island, which is home to a globally rare zone of temperate rainforest. The loss of these giant trees is immeasurable, not only because of their cultural significance to the region’s Indigenous and settler populations, but also because of the pivotal role they play in forest ecology. 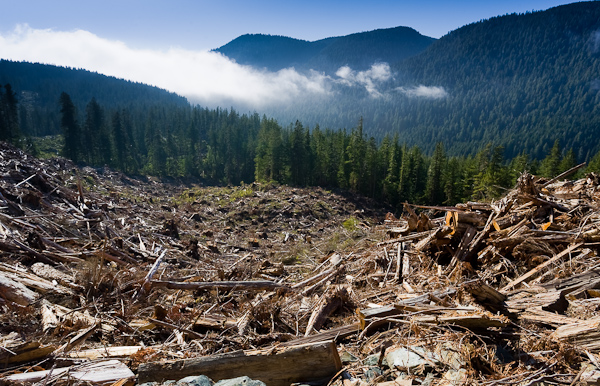 One of the main logging sites in question is the Fairy Creek Headwaters, about 50 miles northwest of Victoria, the province’s capital. The old-growth forests in this area feature massive Douglas firs and sitka spruces, and towering cedars, some growing over 100 feet tall, whose girth is as impressive as their height. One yellow cedar in the area has a diameter of 9.5 feet, making it the ninth widest tree in Canada. Old-growth forests once covered large areas of British Columbia, but today less than 1% of tall tree old growth remains in the province.

British Columbia’s old-growth forests are the definition of verdant. Overhead, a thick canopy of cedar, fir and maple filter sunlight into rare dapples. Underfoot, thick moss covers the ground and works its way up tree trunks. Ferns spring from every surface, and their fronds drip with the frequent rain and condensation of near-constant mist. I know this landscape well because I grew up in British Columbia. The small island I grew up on had its own giant — a 1,000-year-old Douglas fir that the community has nicknamed “Opa.” Every day, a trickle of tourists and local visitors walk to the tree so they can stand under its ancient branches. 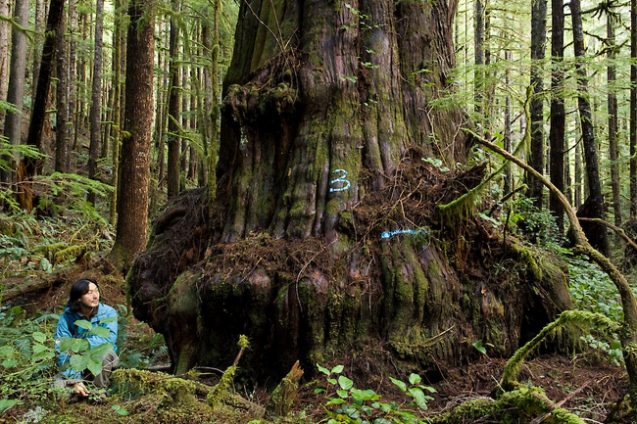 A hiker at Fairy Creek stands next to an old-growth cedar marked for logging. Photo: TJ Watt

This most recent push of old-growth logging has outraged many of the regions’ inhabitants, including many members of the Pacheedaht First Nation, whose territory includes the logging sties. The provincial government has given the logging a green light, despite the fact that 85% of British Columbians want stronger protections for old growth. Similarly, the tribal council of the Pacheedaht First Nation has given Teal-Jones permission to log, but many members of the nation strongly disagree and have been leading protest movements. On Monday, the Pacheedaht, Ditidaht and Huu-ay-aht First Nations officially requested a deferral of the logging in the Fairy Creek Watershed, which would protect some, but not all, of the old growth in the area. The deferral request is awaiting approval from provincial authorities.

Since August, groups of protestors have set up blockades, seeking to stop logging trucks from entering sites with old-growth forests. The blockades have been coordinated by a group called Rainforest Flying Squad, a group committed to “peacefully defending old growth on Vancouver Island.”  Now, 10 months later, many of these blockades are still intact. The Royal Canadian Mounted Police have ramped up arrests in recent weeks, and a total of 185 protestors have been arrested. Over Memorial Day Weekend, organizers reported that more than 2,000 people came out to fortify these blockades. Satellite protests have popped up across North America, from Vancouver to Toronto and in dozens of small communities in between. A week ago, here in New York City, I coordinated a small vigil at the Canadian Consulate and on the first weekend in June there was another vigil at the United Nations Headquarters. Now, a new petition to stop the logging has nearly 70,000 signatures. 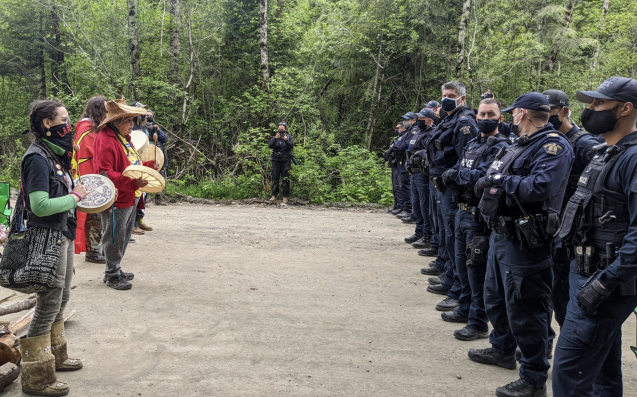 The views of these protestors, and the Indigenous peoples who have lived on this land for over 13,000 years, are now being backed by science. Not only is the cultural significance of these trees immeasurable, but the role they play in forest ecology is pivotal. As scientists learn more about mycorrhizal networks, the symbiotic relationship between tree roots and microscopic fungi that connects trees and allows for forest-wide transport of vital nutrients, the importance of old growth is becoming clearer than ever.

At the center of these mycorrhizal networks are the forest’s largest, oldest trees. They are often referred to as “mother trees,” a term popularized by the forest ecologist Suzanne Simard, and they act as hubs for mycorrhizal connectivity. They facilitate inter-species connections in the forest and help with recovery from environmental disturbance. These trees are integral to the health and resiliency of the forest, and their role takes hundreds of years to establish. Many of the old-growth cedars slated to be logged on Vancouver Island are acting as mother trees, and their loss will affect the forest community as a whole.

Beyond the trees, these old-growth forests are some of the most biodiverse ecosystems in the world. Scientists estimate that temperate coastal rainforests are home to at least 350 vertebrate species, hundreds of fungi and plant species, and countless invertebrates. It is likely that there are many species thriving in these forests that are yet to be identified. Because they maintain the health of all trees in the forest, old-growth trees are foundational to sustaining the life of all organisms in the forest, big and small. 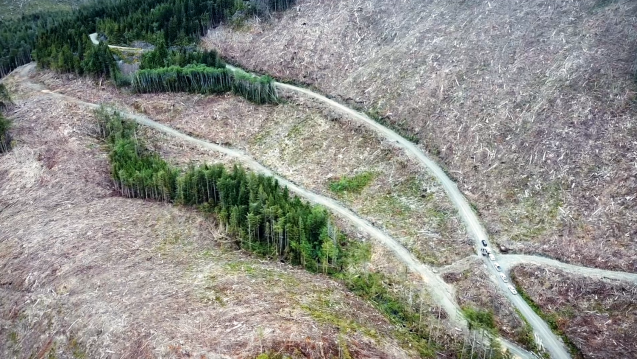 An aerial view of a cut block at Fairy Creek. Photo: Bret Jolliffe

Temperate rainforests not only serve as hosts for myriad species of plants and animals, but they act as a massive carbon storage facility for the earth. These forests are the most carbon-dense ecosystem on the planet, making them a crucial and virtually maintenance-free carbon capture service. As trees photosynthesize, they convert carbon into biomass — carbon is the building block for leaves, roots and wood alike. Generally, about half of a tree’s biomass is made of carbon, and carbon is also stored below-ground in soil and leaf litter. Old-growth trees sequester significant amounts of carbon because of their tremendous biomass, and studies suggest that the older a tree is, the more carbon it stores relative to its size.

As the planet hurtles deeper into the climate crisis, it is unavoidable that industries will have to adjust. Car companies are transitioning producing only electric vehicles, energy companies are investing heavily in renewables, even the fashion industry is using more recycled and less energy intensive materials. Now can be the time for forestry to pivot, as well. A focus on second and third growth logging may result in a slightly less profitable industry, but it is worth it for the planet. Our old growth is too valuable, culturally and ecologically, to be lost forever.

It is sad what is being done to our planet. The destruction of these forests significantly disrupts the ecological system. Support for the protest against deforestation.