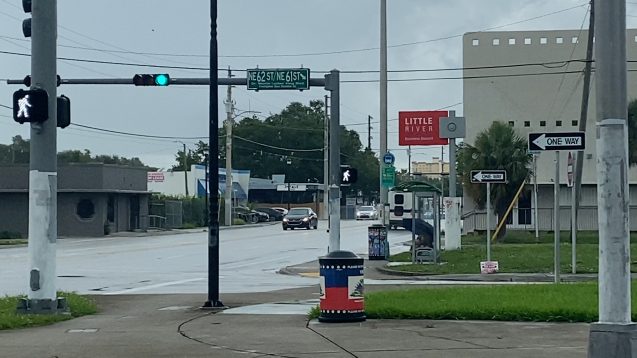 A typical street in the Little River neighborhood of Miami, where climate gentrification is currently underway. Credit: Marco Tedesco

The impacts of climate change strike hardest in socially and economically vulnerable communities; knowing this, researchers have constructed a variety of indices to try to identify populations most at risk. These datasets often rely on demographic data, but leave out important financial and real estate information that could help to identify communities where vulnerable groups could be pushed out by rising flood insurance rates or shifting real estate values.

A new dataset, created by researchers at Columbia University and published today in Environmental Justice, aims to fill in this gap. The Socio-Economic Physical Housing Eviction Risk (SEPHER) dataset integrates socio-economic information with risk from wildfires, drought, coastal and riverine flooding, and other hazards, plus financial information from real estate databases and ethnicity, race and gender data. The goal is to account for the financial vulnerability associated with the housing market. SEPHER covers the entire United States, and is freely available to other researchers.

“We want to provide a tool to everyone to explore issues at the crossroads of racial, social and climate justice,” said lead author Marco Tedesco, a research professor at the Lamont Doherty Earth Observatory of Columbia University and an affiliate of Columbia’s Data Science Institute. He is also an affiliate professor at the Institute of Economics at the Scuola Superiore Sant’Anna, Pisa. The project was funded by the Earth Institute at Columbia University and is part of an ongoing collaboration with the Columbia Business School.

“Our primary intention is to enable users to assess the impact of climate-related hazards on the most vulnerable populations,” added study co-author Carolynne Hultquist, a postdoctoral research scientist at Columbia’s Center for International Earth Science Information Network (CIESIN) and Lamont-Doherty Earth Observatory. “We need to be able to identify those populations in order to ensure that they do not take on undue burdens from climate change.”

Many studies focusing on the damages and financial consequences of climate change rely on commercial datasets that cost hundreds of thousands of dollars to purchase. Those costs can be a significant hurdle for many researchers and communities.

Instead, the SEPHER dataset combines data from many publicly available sources, including:

“It’s really a lot of work to put it together,” said Tedesco. “But by crossing all this information, we can start asking questions like: How many African Americans or people belonging to underrepresented groups and socially vulnerable groups were denied mortgages in regions that were more or less exposed to climate hazards, compared to white people, and how has this changed along with the years? How do climate hazards play a role in the gentrification process?”

During the recent Managed Retreat conference hosted by the Columbia Climate School, Tedesco presented results that used SEPHER data to indicate that climate gentrification is occurring in the community of Little River in Florida. The majority of the case study details will be available in a forthcoming paper. 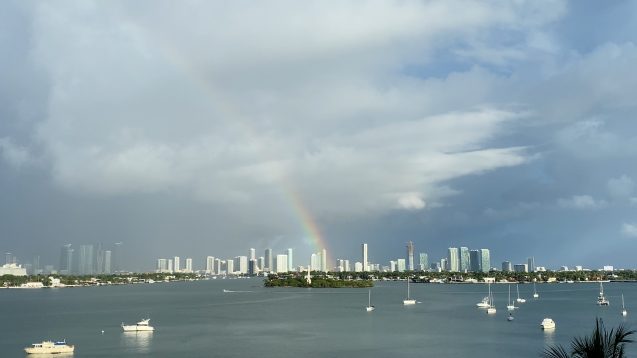 A view of Miami from the barrier islands that help to shelter it from hurricanes. Little River sits behind the tall buildings on the right. Credit: Marco Tedesco

Traditionally, residents in Little River have been low income, disadvantaged people who couldn’t afford to live along the coast. However, as flooding and hurricane risks increase, Little River, which is more sheltered from these events, is becoming a prime area for real estate speculation and development.

These changes are captured by the SEPHER dataset, which showed that rents have increased exponentially, as have evictions. And after the 2009 financial crisis, the percentage of loans denied to African Americans in Little River was 44% higher than loans denied to whites. In coastal areas, by comparison, these proportions didn’t change.

SEPHER helped to show that Little River is undergoing big changes, said Tedesco. The test case study demonstrates the dataset’s potential to identify other areas where climate gentrification is happening or could happen in the future, as well as to diagnose other relationships between housing and race, income, and climate impacts.

A video about climate gentrification in Little River, made by lead author Marco Tedesco.

“Clearly, data itself does not solve the problem,” the authors write in the paper, “but it’s a first step, as one cannot truly understand where the worst inequities lie until the data are available and can be properly used or assessed.”

Tedesco emphasized that while SEPHER can pinpoint areas for further investigation, the data need to be paired with local research and community engagement. He recently traveled to Little River and other communities in the Miami-Dade area to talk to citizens, small business owners, and community leaders, to learn how SEPHER could be adapted to suit their needs.

He emphasized the need for scientists and community leaders to work together on climate research, adaptation, and resilience. He expressed optimism that the newly formed Columbia Climate School represents a first step in this direction.

“I hope that the Climate School will create this cohesion between academia and external partners such as government, industry, and community partners,” said Tedesco, “so that we can start moving forward in a useful way and focus on crucial issues, especially those concerning climate and environmental justice.”

Researchers interested in accessing the dataset should reach out to Marco Tedesco.

Alex de Sherbinin, senior research scientist at CIESIN, is also a co-author on this study.