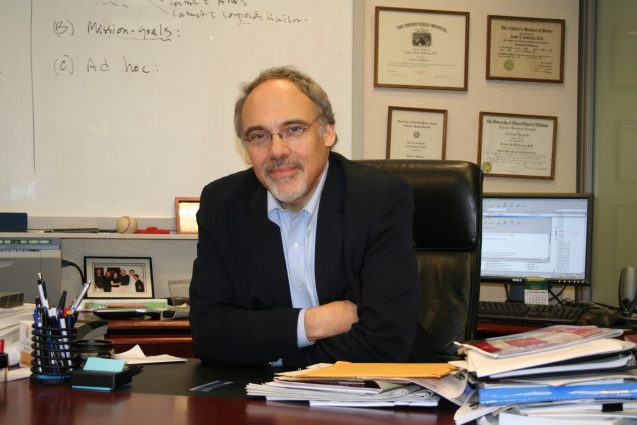 Irwin Redlener is a pediatrician, founder of Columbia’s National Center for Disaster Preparedness and regular guest on MSNBC.

Millions view him on MSNBC almost every night:  Dr. Irwin Redlener, the seventy-something pediatrician, who is also the founder of Columbia University’s National Center for Disaster Preparedness.

As a contract consultant for the news and commentary cable network, Redlener has, for the past eighteen months, helped Americans make sense of the COVID-19 pandemic.

At the same time that he’s been educating the country about pandemics, the pediatrician has been struggling with his own very personal health questions.

The man who can point to a dizzying list of accomplishments—from co-founding the Children’s Health Fund, which serves New York’s children; authoring two books: The Future of Us: What the Dreams of Children Mean for Twenty-First-Century America and Americans at Risk: Why We are Not Prepared for Future Megadisasters and What We Can Do Now; organizing rock concerts to raise funds for indigent communities impacted by disasters; helping the victims of famines in Africa—isn’t sure what to do next.

I spoke with Redlener about his activist approach to public health, as well as his rock and roll connections. He’s a Columbia professor who has, for decades, been partnering with music giants to do social good.  Along the way, he’s worked with Paul Simon to create and sustain the Children’s Health Fund, an advocacy and service organization that provides pediatric care to underserved communities in New York and the American South.  He’s worked with Marc Anthony, Joan Baez, and lately, Cher, helping them parlay their celebrity into projects that were helpful to the poor and the homeless.  Most recently, Dr. Redlener worked with Cher to encourage COVID vaccination.

Here’s a big question: what’s next for you?

What I’m struggling with now is what exactly I should be doing with the time I have left.

Are personal health-related concerns driving your urgency around this?

Just trying to be realistic. I’m generally fine, just balancing a number of chronic issues and handfuls of meds every day. My dad died of a stroke at 60, and although I’m working full time and very active, I’ll be 77 in a couple of weeks…suffice it to say, my next car lease will be shorter than my usual three-year contract!

Why is making a difference such a driver for you? Is it just who you are, or did something happen along the way?

Well, [ April 1971] I’m in the doctor’s dining room at the University of Colorado, where I was a pediatric cardiology resident, carrying my tray, and I walk by a bulletin board. There was a poster to recruit doctors to come to Lee County, Arkansas. It was a black and white picture of a doctor walking down a deserted country road. It said, here’s the data, here’s what’s going on.

It was the sixth poorest county in America, and I was just drawn to it.

The following weekend, I was there in Lee County. I came back to Denver, dropped my fellowship in cardiology, and took this job in Lee County for two years.

This was a formative experience?

It was incredible. I’d go on house calls, and I’d be followed by people from the KKK, gun racks on their pick-up trucks. It was deep poverty, and for the majority, an African American community led by a highly conservative, racist power structure.

I learned a lot in a very deep and emotional way about what it was to be a doctor.

This experience led you to activism?

One time, a baby died. It was very sick, and I couldn’t get there. The roads were muddy and impassible.

So, then I thought, “What the hell am I doing?” This kid needed good medical care, but he also needed for me to get there. It was immediately apparent to me that we had to get the road fixed as a doctor.

So, I ended up going around speaking at Baptist churches in rural communities. Telling them, we need to fix this. “I can’t help you if I can’t get to you.” We have to vote. The connection of politics and policy to health care and wellbeing was so stark; you couldn’t avoid it unless you made an effort to avoid it.

Serving children seems to be a through-line in your career. Why children?

You have a lot of adults living in tremendous poverty and everything else. But if you’re a kid, those adversities can have an effect on you, your future, your opportunities, and that in turn means a lot to society.  My point [is] these children face so many barriers. The vast majority aren’t going to get really appropriate aspirations met because of what they’ll be facing. I find that to be really atrocious. No matter your political leanings, there’s just no good to come of failing children like we’ve been doing.

I think we just messed this up. I didn’t think we couldn’t make a difference. There was something about growing up when I grew up. JFK said we’re going to be on the moon in ten years, which was really just preposterous if you think about it. But we were. We got there.

I guess I was just spoiled by a sense that we could do whatever needs to get done.

You’ve been on the MSNBC/NBC payroll for 15 months as an on-air expert. Do you feel that you’ve stepped into an opportunity to accelerate making a difference?

I’m on three to five times per week on MSNBC, but I’m pigeonholed into COVID big time.

I had a couple of shots talking about the building collapse in Miami. We’re facing unbelievable crises, climate change, and infrastructure problems.

I really would like to “un-pigeonhole” myself and talk more widely about disasters and also children’s issues.

Where are we with COVID at this point?

We’re seeing a huge increase in the number of cases, almost all of them related to the Delta variant. So, this is a very dynamic and very dangerous moment in history.

Most recently, you and Cher teamed up to help the underprivileged deal with COVID. How did that come about?

Last year, Cher called me. She’d seen me on MSNBC and said, ‘I want to do something about COVID.’ She was giving a million dollars to do something, and she asked me to help her figure out what to do with it, which is what I’ve been doing for the past year with Cher.

When did your collaborations with celebrities begin?

When in Arkansas in the 80s, the clinic I was at was running out of money and Richard Nixon was pulling money back from community health centers which were my base of operations. One Sunday, I was reading Parade Magazine, [there was a mention of] Manny Greenhill, Joan Baez’s manager. Joan was in the prime of her career. So, I called him.

A few weeks later, I was examining a kid, and the nurse comes in and says someone’s on the phone for you. Long-distance. She says her name is Joan. Joan agreed to do a concert to raise money. That was my first experience with a big-time celebrity.

Joan and I are still friends.

How did you connect with Paul Simon?

When I was medical director for USA for Africa (1985-1987), Paul Simon was a singer on the “We are the World” record. One day Paul Simon calls. He’s in New York City, and he gets very concerned about homelessness. I took him on a tour of homeless hotels as shelters in New York City and that was an unbelievably traumatic experience for Paul. We became friends, and he said what can we do to help? I told him, “I’m a physician, and children are not getting the help they need. Why don’t we put together a mobile type of program for pediatric service that will allow us to go to different shelters?” That was the origin of the Children’s Health Fund.

What is it about you that made you the go-to person…that has drawn that kind of connection?

I don’t know. I deeply, genuinely believe in the things I work on—the vulnerability of children, disasters, etc.

What are you thinking about tackling right now?

You’re catching me at a point in the process where I’m trying to sort this out. Am I going to spend more time talking about children and the needs that they have? I certainly would love to do that. What about the disasters of the world we’re facing?

Just take one of the horrible consequences of climate change, the boiling over of the West. It’s unbelievable. Not to mention the wildfires. I’m feeling pretty passionate about everything I care about. That’s my struggle right now. What exactly is going to be the focus? Do you know the answer?

So now you’re asking me a question? Ok. I know whatever comes next, it will be something big. You don’t do small things. I’m sure I’ll want to write about it. 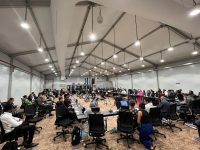 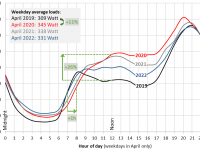 Wonderful article about an exceptional human being.