Heat and drought events may coincide more often due to climate change, with negative consequences for agriculture, according to a new study. Crop yields often drop during hot growing seasons, and combined heat and drought can magnify the effect, say the authors. The study was just published in the journal Nature Food.

In addition to losses caused by high temperatures alone, the combined effects of heat and drought could cause additional yield decreases in maize and soy of up to 20 percent in parts of the United States, and up to 40 percent in eastern Europe and southeastern Africa, the study says. In places where cool climates currently limit crop yields, such as in the northern United States, Canada and Ukraine, the combined effects of higher temperatures and less water may diminish projected yield gains from warming alone.

Previous projections of future climate risk have identified a danger to crops from global warming, but most have overlooked the potential for compound effects of heat and water availability on food crops, the authors say. 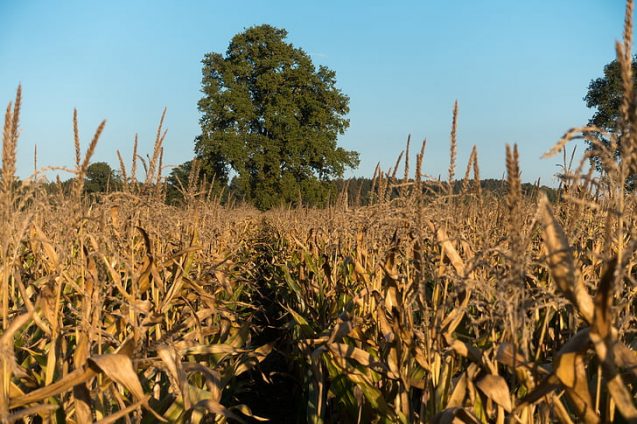 Based on historical data, yields of maize and soybean are about 40 percent more sensitive to heat in places where heat is accompanied by dry conditions, compared to croplands where hotter weather doesn’t mean less water. This might be because these crops are particularly thirsty under the drying power of hot air, and because dry land cannot cool down as water evaporates; this means soil will get especially hot under the sun’s rays.

The compound impacts of heat and drought were less important for other crops, such as wheat or rice. And warming climate could actually benefit some crops where the coupling between warming and water availability is weak, including in much of Asia, That said, the study shows that without strong and rapid cuts in greenhouse gases, overall supplies of staple foods could be increasingly damaged by compound climate extremes. This raises the risks of higher food prices and reduced food security, even in developed countries.

“Our study uncovers a new risk to crop production from climate warming that we believe is overlooked in current assessments. As the planet continues to warm, water and heat may get more strongly interrelated in many regions, making droughts hotter and heat waves drier,” said lead author Corey Lesk, a researcher at Columbia University’s Lamont-Doherty Earth Observatory. “Plants will increasingly lack water when they need it most, and historically this has been especially damaging for crops.”

Lesk said the the study should serve as a motivation to introduce new crop varieties that can resist the colliding extremes.

Adapted from a press release by the European Climate Foundation.