Beyond ‘Youthwashing’: How to Make Youth Representation at COP Meetings More Impactful 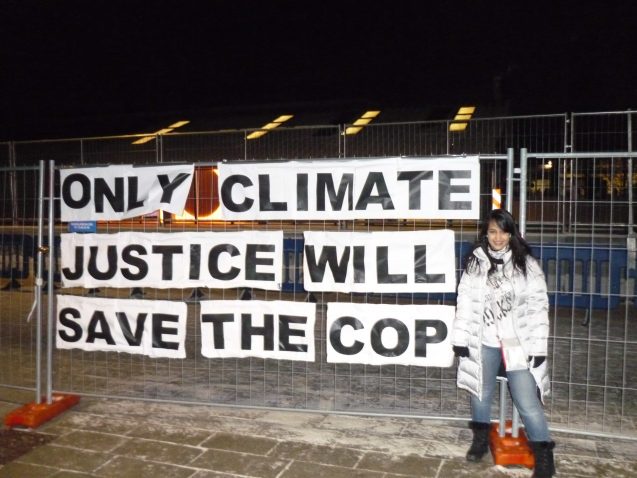 The author at a street protest during COP15. Photo courtesy Eduarda Zoghbi

After attending the COP26 meeting in Glasgow, I am amazed at how dramatically youth representation at these meetings has shifted over the years.

My first COP experience was in 2009. I was a high school student living in Denmark for an exchange program and was already interested in solving climate change issues. Back then, COPs did not open their doors for civil society and, to get inside, you needed to be part of a government delegation or a powerful private sector company. I asked my school how to get accreditation and no one knew how. Friends were trying to get tickets for the Green Zone — the space where the public have their voices heard through workshops and events — and it was still nearly impossible due to the high demand.

Not being able to access COP15, I decided to get a train to Copenhagen and join the street protests. At the age of 16, I was one of the few young people present, most of whom were Danish or representing the Global North. It was only in 2016, in Marrakesh, that I was finally able to enter COP22’s Blue Zone, where negotiations take place and country pavilions showcase their work in side events. This opportunity was only possible because of Engajamundo, a youth-led organization from my home country of Brazil that, since 2012, has been fighting to combat climate change and increase the presence of youth from the Global South in COP meetings.

The United Nations officially recognized YOUNGO — the Youth Constituency of the UN Framework Convention on Climate Change — in 2011 at COP17. Together with YOUNGO, Engajamundo and other youth-led organizations from different countries started working to influence the climate negotiations at COP. The inclusion of education in the Paris Agreement was a direct result of youth advocacy and, every year, young people push their country negotiators for more ambitious action both at home and in the Blue Zone at COP meetings.

This year, for the first time, the Italian government hosted in Milan a youth pre-COP event and invited two youth representatives from every country to develop a base-document with recommendations to be delivered to world ministers. I was responsible for drafting the climate education portion of this document and was very engaged with other discussions involving finance, the energy transition and adaptation. In my commitment to elevate women in the energy sector and advocate for climate justice, I conveyed these points in Milan and at COP26 events in Glasgow. 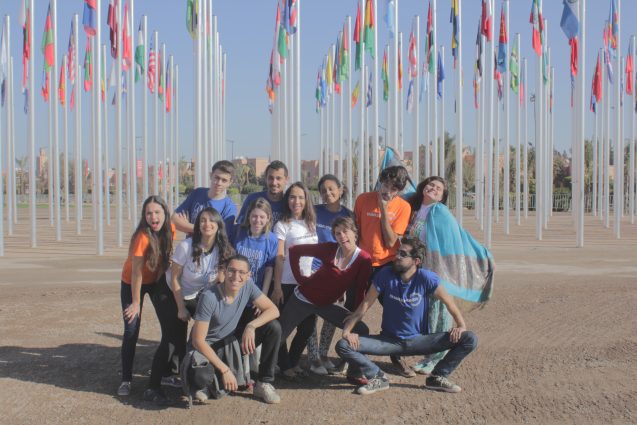 The author with members of Engajamundo, a youth-led organization, at COP22. Photo courtesy of Eduarda Zoghbi

Despite these efforts to bring youth to the table, the generalized feeling is that more organizations, companies and governments are adhering to ‘youthwashing.’ Everyone wants to display climate activists’ faces in ads to show they are committed to the future generation, but the reality is very different. For instance, during the Milan event, I was in close contact with the British and Italian climate education focal points as they were organizing a COP26 event with education ministers to debate our recommendations. I asked to be part of it and was told to contact them via email. I did. And I never heard back.

This is not an exception; this is a rule. Youth are tokenized every day in these events. I witnessed multiple events about the importance of young people in the climate negotiation process where they never asked a youth representative to speak. Other events shared commitments to youth without inviting them be there in the same room. It is easy to acknowledge us, but what we need are governments and private stakeholders to transform our words into action.

But the tides are turning. Although we have been striking for a very long time, Greta Thunberg became a symbol of climate activism, and this has fortunately awoken the interest of many people. Now we have more youth than ever joining this fight, and with greater youth participation comes greater demand for change.COP26 might have counted with one of the largest youth representations in history. I know for a fact the Brazilian youth delegation is the largest and most diverse it has ever been, with many Indigenous representatives, trans women, Black communities and teenage members of Fridays for Future.

Looking back at the days I was striking alone in Copenhagen, it fills my heart with hope to see a new movement of young people fighting for the space they deserve in climate negotiations. Now I want to see all this diverse representation translated into the negotiation spaces. I am still waiting for countries to follow the examples of Panama and Mexico, whose government delegations are filled with young women. I am still waiting for the acknowledgement of marginalized youth from small islands and rural communities to have a voice at COPs. And finally, I am waiting for the day youth will no longer be underestimated and discriminated against based on our color, gender, age and ethnicity, so that we can be given the microphone and a chance to speak up.

The problem is, we don’t have time to wait.

Eduarda Zoghbi is a graduate student in Columbia University’s Master of Public Administration program, concentrating on energy and the environment and specializing in gender and public policy.