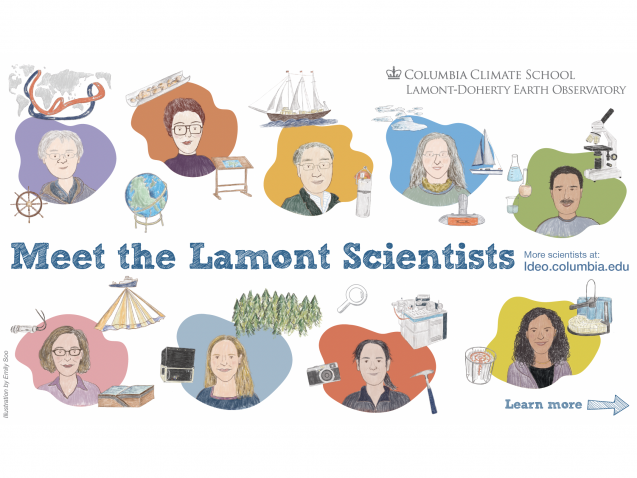 Our baseball-style trading cards highlight a few of Lamont-Doherty Earth Observatory’s amazing scientists, and can now be downloaded for free. Illustrations by Emily Soo

Lamont-Doherty Earth Observatory (LDEO) is the scientific research heart of the Columbia Climate school. For more than 50 years, we’ve been hosting the annual LDEO Open House as a way to show neighbors, members of the Columbia community, and general audiences how our planet works and the research we do at LDEO.

Scientists at LDEO study the planet from its deepest interior to the outer reaches of its atmosphere, on every continent and in every ocean, providing a rational basis for the difficult choices facing humanity. The observatory is made up of over 500 scientists, students, and staff who study everything from climate change to earthquakes, volcanos, nonrenewable resources, environmental hazards, and more. Since its founding, LDEO has been a global leader in earth sciences, and we are home to some of the most important discoveries, including the first maps of the seafloor and the first proof for the theory of plate tectonics. LDEO Open House teaches kids and families about these discoveries and our ongoing research in fun, interactive ways.

This year, we offered another edition of our “LDEO To Go” packet for K12 students, which brings the hands-on learning experiences of Open House into the home. In the 2021 packet, we featured nine of our scientists in the form of collectible baseball-like cards. Each of the cards provides introductory info about the scientists, shares a brief glimpse of their scientific expertise and the tools they need to do their work, and gives us a few personal fun facts. We have featured everyone from our veteran rock stars who laid the foundational knowledge for earth and environmental science, to our early-career scientists who are engaged in cutting-edge work.

In addition to the cards, the packet includes a DIY wild card so that recipients can draw in themselves as future scientists, plus a paper craft model and activities to uncover even more about our featured scientists with respect to their fieldwork. The LDEO To Go packets are available by mail, and you can RSVP on this Eventbrite page to receive one. We are continuing to take orders and ship them until we run out. Please make sure you provide your shipping address at checkout. This item is free but is only available in limited quantities so we are only able to send one per mailing address. We are currently only able to ship within the United States.

We have now made a downloadable version of the cards in a PDF and you can access the file here. You can also easily use this version as a slideshow. By downloading the file, you’ll be able to learn about nine of our scientists and their amazing work. Below is a preview of just a few of our featured scientists. 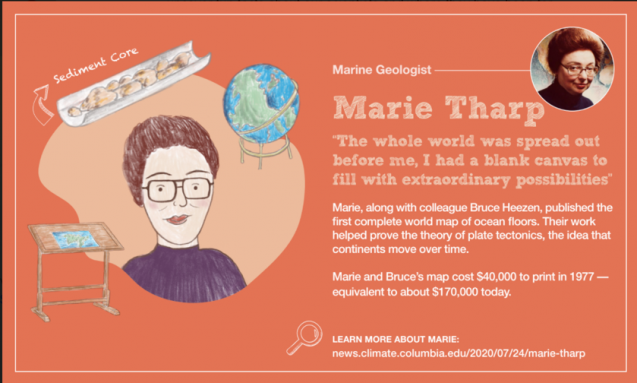 Marie Tharp worked with Bruce Heezen to publish the first ever map of the entire ocean floor. Her discoveries led to acceptance of the idea that continents move over time from the scientific community (a.k.a., plate tectonics). 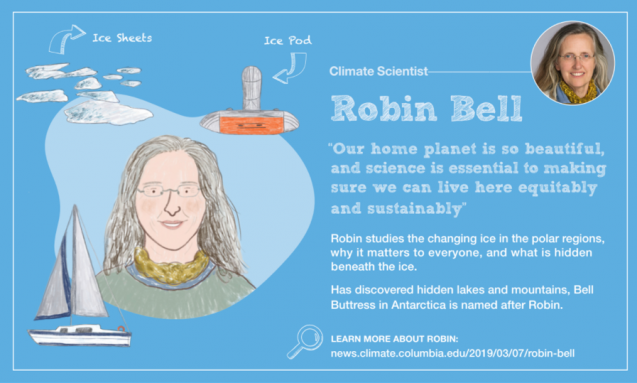 Robin Bell works on geophysics, a natural science that studies the physical processes and properties of our planet. Not only does she study sensitive polar regions and the way climate change is impacting them, she is an advocate for climate change action. 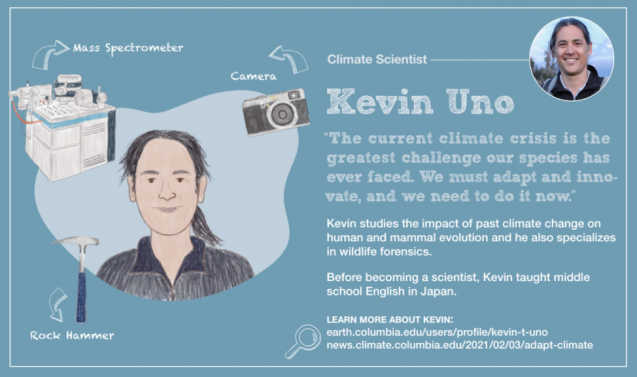 Kevin Uno studies paleoclimate and works to understand the causes and consequences of major transitions in ecosystems over the past 25 million years. He studies CO2 levels in conjunction with grassland and grassland expansion. 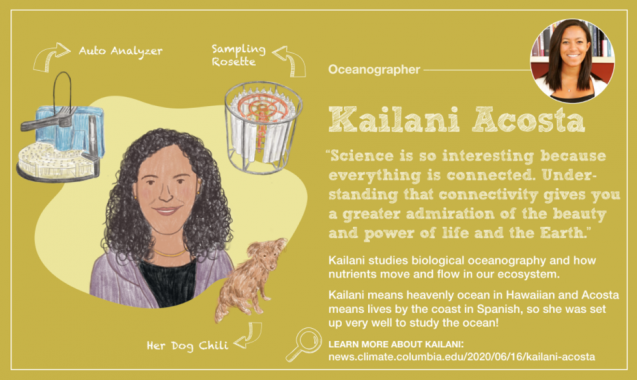