Opinion: All Fossil Fuel Advertisements Should Be Banned 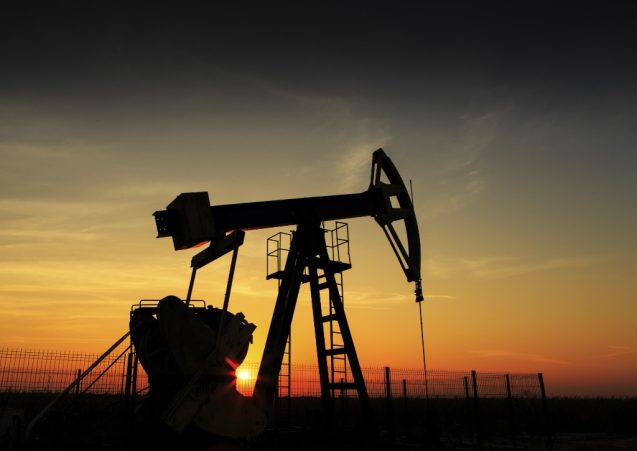 I think we should ban all fossil fuel advertisements, plain and simple. I know it sounds extreme, but it’s imperative for the future of our planet.

On October 28, 2021, ExxonMobil, BP America, Chevron, Shell Oil, American Petroleum Institute, and the president and CEO of the U.S. Chamber of Commerce testified in front of Congress to address Big Oil’s intentional and calculated spread of climate change misinformation. Executives were directly asked if their company had ever approved of a climate change disinformation campaign. Despite being under oath, each executive, one after another, claimed they had not — a bold-faced lie.

More than 99.9% of peer-reviewed scientific articles conclude: climate change is caused by humans, primarily through the burning of fossil fuels such as oil, gas, and coal. But what’s worse is that fossil fuel companies have known and downplayed for decades the impact of fossil fuel burning on the environment, much like how the tobacco industry denied the connection between smoking and cancer.

In 2015, a series of internal documents known as “the Climate Deception Dossiers” were published by the Union of Concerned Scientists, revealing that as early as 1981, fossil fuel companies knew their products were contributing to global warming. These documents shed light on how Big Oil denied this truth and promoted doubt: paying scientists to publish research and speak out in opposition to climate scientists, and utilizing misleading advertising to deceive the wider public.

These tactics were hugely successful. To date, there is no comprehensive U.S federal policy to address climate change, and the fossil fuel industry continues its deception.

But Big Oil is smart. Today, instead of encouraging doubt that climate change is happening, a sentiment that the majority of Americans disagree with, they have shifted their marketing towards something more nuanced: greenwashing.

Greenwashing is an advertising tactic that misleads the public into perceiving a company as environmentally friendly when in actuality they aren’t. And the fossil fuel industry is a huge culprit. Between 2008 and 2017, oil companies forked out $1.4 billion on advertisements, two thirds of which implemented greenwashing tactics like promoting wind and solar. Yet, only 1.3 percent of their combined 2018 budget was spent on renewable energy sources.

The consequences of greenwashing, like those of denial and doubt, are dire: shifting blame away from fossil fuel companies and delaying needed climate action. Laurence Tubiana, European Climate Foundation CEO and author of the Paris Climate Agreement affirms, “Greenwashing is the new climate denial.”

We cannot trust Big Oil companies to represent themselves truthfully, because they never have, and certainty aren’t now. A complete ban on fossil fuel advertising is the solution. And we know it can work because it has before — with the tobacco industry.

Cigarette usage in the United States peaked in 1954, with 45% of Americans smoking at least once a week. That same year, a British Medical Journal article confirmed the link between smoking and lung cancer. And after a landmark 1964 surgeon general’s report solidified this, laws were passed enforcing health warnings on tobacco products. But these limited regulations had little impact on tobacco usage, largely because the tobacco industry worked hard and fast to market doubt on the very scientific consensus that supported these actions.

It wasn’t until the 1971 ban on television and radio cigarette advertisements went into effect that a marked decline in cigarette usage was reported amongst Americans.

But again, the tobacco industry responded swiftly by transitioning much of its advertising to print and prioritizing enticing youth and women into tobacco usage. Thankfully, the 1998 Master Settlement Agreement between the four largest U.S tobacco companies and 46 states, the District of Columbia, and five U.S. territories nipped this in the bud, prohibiting tobacco advertising in cartoons, public transit, billboards, as well as targeted marketing to minors.

Today, only 16% of Americans report smoking at least once a week. And research confirms that advertising bans — paired with cigarette taxes, public smoking bans, and anti-tobacco campaigns — played a concrete role in the declining trend of tobacco consumption over the last 70 years.

Clearly, advertising bans worked for regulating tobacco, and they can work for fossil fuels as well — they just have to be comprehensive. Limited bans or health warnings leave too much room for industry to reallocate their marketing funds into alternative paths of persuasion. We cannot allow the fossil fuel industry any additional chances to adapt to lackluster regulations. This is why banning all fossil fuel advertisements is key.

Despite campaigns of doubt, the key to the success of tobacco advertising bans rested simply on the truth: that smoking posed a public health crisis for Americans. When it comes to Big Oil, scientific consensus confirms an even more powerful truth: climate change will cause an estimated 250,000 additional deaths per year, and force more than 100 million people into extreme poverty by 2030.

The fossil fuel industry is largely responsible for those deaths and human suffering, as 70% of all human-made greenhouse gas emissions — the main driver of climate change — are produced by the industry and its products. Greenwashed advertisements muster public sympathy for the fossil fuel industry, making it seem as if they are doing much more than they really are to protect our planet. This threatens desperately needed climate action by softening public opposition to the very activities that are causing a warming planet.

At the end of the October 28 hearing on fossil fuel misinformation, it was announced that subpoenas will be issued for a range of internal documents that the fossil fuel organizations in attendance originally refused to provide. Such documents are likely to shed even further light on Big Oil’s lies.

And as more information trickles out of these hearings, we as a society gain increasing power, momentum, and truth to finally put a stop to deceit, and ensure the future health of people and planet. The first step: a comprehensive fossil fuel advertising ban.

Alexandra Grant-Hudd is a student in Columbia Climate School’s master’s program in Climate and Society.