U.S. May Have Been Responsible for Almost Half of Recent Past Illegal Tiger Trade 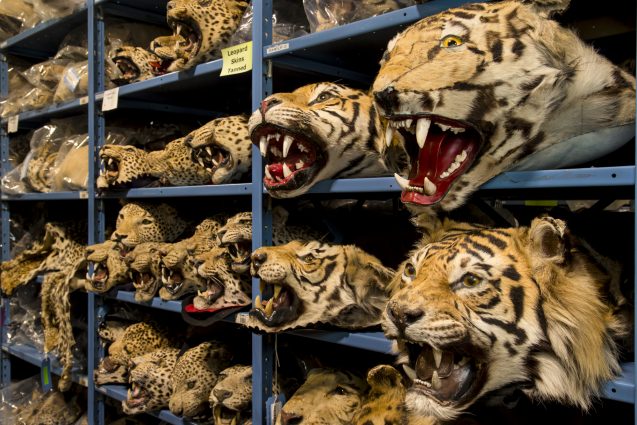 Tiger parts that were seized in the United States by the Fish and Wildlife Service. Photo: Steve Winter.

The United States has probably played a major and previously underestimated role in the trafficking of tiger parts, according to a new study. The research points to San Francisco, Dallas, and Atlanta as the main entry hotspots for these illegal products.

Tigers are endangered, with less than 5,000 individuals estimated to remain in the wild. Illegal trade in tiger parts, mostly for medicinal purposes, contributes to the species’ decline.

Previously, studies on tiger trafficking patterns primarily focused on 13 Asian countries where tigers still roam free, with very little research on the United States. The new study, published in Conservation Science and Practice, investigated the extent and attributes of tiger parts entering the United States from 2003 to 2012.

Data from the US Fish and Wildlife Service, obtained through a Freedom of Information Act request, revealed 292 seizures of tiger parts illegally entering the United States during those years, indicating that the scale of trade may have  been underestimated. A 2019 study, for example, covering the more recent period of 2000 to 2018, documented 624 seizures of illegal tiger products, but estimated that only 6 happened in the U.S., based on media reports. 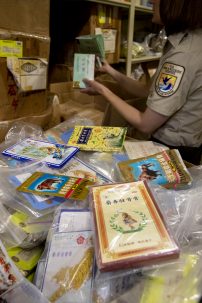 Tiger-based products that were seized in the United States by the Fish and Wildlife Service. Photo: Steve Winter.

“People in the U.S. have this false notion that the illegal trade in tiger parts is half a world away. In reality, we in the U.S. are involved in and driving a large portion of the illegal trade,” said lead author Sarika Khanwilkar, a PhD candidate at Columbia University and the founder of the non-profit Wild Tiger. “This research is a step to better understand the role of the U.S. in the global tiger trade, which will improve policy and enforcement and direct future research efforts.”

China has been and remains the main destination and largest consumer of tiger parts, but the new data shows that U.S. import seizures represent almost half (46.8%) of global seizures.

Khanwilkar and her coauthors caution that their study may also underestimate the scale of tiger trafficking in the United States, because the use of digital platforms to trade and pay for illegal wildlife products has increased, and economic prosperity has expanded demand. The data also doesn’t reflect the most recent trends; after the team’s original FOIA request in 2013, regulations around FOIA requests to the Fish and Wildlife Service limited the quality of data that was available.

The researchers found that, of the 65.8% of seized parts with a known origin, 99.5% came from wild tigers. The majority of seized products were imported from China and Vietnam (34.2% and 29.5%, respectively). However, a lack of data about the country of origin (which can be different to the country of export) made it difficult to determine trafficking routes or understand where wild tigers were poached to supply the trade.

For example, they suggest enhancing detection efforts in San Francisco, Dallas, and Atlanta, which were the main hotspots for illegal tiger imports.

They also recommend using forensic DNA analysis to determine the origin and source (wild versus captive) of the illegally traded tiger parts. Finding out where these tiger parts came from would provide guidance as to where to focus conservation and enforcement efforts.