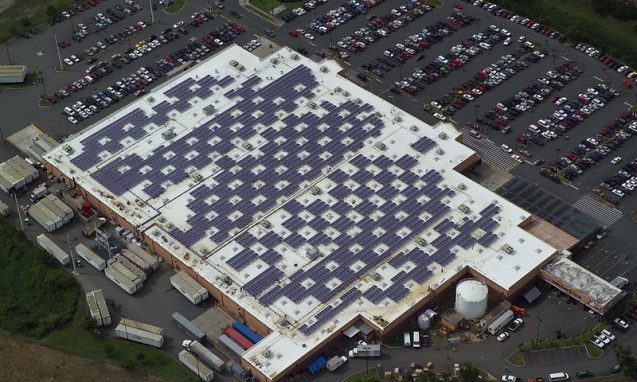 In September 2020, the Federal Emergency Management Agency (FEMA) allocated $9.6 billion for electric system work in Puerto Rico. Subsequently, more federal funds have been committed, bringing the total to approximately $12 billion. This represents the largest allocation of FEMA funds in the agency’s history.

Considering the immense and historic amount of funds involved, the federal government recently launched the PR100 study to design a pathway toward meeting Puerto Rico’s target of 100% renewable electricity by 2050. The initiative marshals an impressive battery of resources; no less than six national labs and multiple federal agencies, a steering committee, and dozens of electric system stakeholders are collaborating in the two-year study.

This unprecedented investment of funds and resources represents a unique opportunity to fix the Puerto Rico electric system and promote lifesaving, reliable, and resilient electric service to the residents of Puerto Rico. It must be invested in ways that do not repeat mistakes of the past.

Numerous energy scandals in Puerto Rico demonstrate that when large sums of money are up for grabs, unethical business deals follow, evidenced by the controversial electric system contracts to dubious companies like Whitefish and Cobra Energy in the aftermath of Hurricane Maria.

In addition, allocations of disaster funds have historically discriminated against poor, Black, Brown, and other communities of color.

Since at least 2005, the U.S. Congress realized that the centralized energy delivery system in Puerto Rico is highly vulnerable, which only leads to a vicious and expensive cycle of destruction and reconstruction. In fact, the PR 100 initiative is in response to the devastation in 2017 wrought by Hurricane Maria on the storm-prone poles, towers, wires, substations, and other components of the existing centralized electric transmission and distribution systems that connect large fossil-fired power plants.

Without careful consideration,  FEMA’s fund expenditure could be analogous to a blank check that could perpetuate Puerto Rico’s twentieth century centralized grid, rather than leapfrog the archipelago into the 21st century.

This historic allocation of federal funds should not perpetuate the centralized or fossil fuel-dependent energy system that deepens societal vulnerability and environmental and climate injustices in Puerto Rico. Instead, distributed rooftop solar and battery energy storage systems must be prioritized.

So far, the initiative is not off to a great start. During the launch of the PR100 Initiative, many participants and advisory committee members expressed support for alternatives such as distributed renewable energy, rooftop solar, and battery energy storage systems. Yet, as of now, FEMA seems to have started approving projects to rebuild the centralized energy delivery system, supporting the unstainable status quo of destruction and reconstruction, while keeping Puerto Ricans in a state of perpetual vulnerability.

Unfortunately, FEMA has not responded to Puerto Rico civil society requests for access to information about the electric system projects it is reportedly approving.

FEMA must change its business-as-usual practices to promote the transformation of Puerto Rico’s relationships with energy and power generation. The investment of FEMA funds into rooftop solar and storage has the potential to promote long-term benefits in the Puerto Rico economy by decreasing its dependence on fossil fuels and associated infrastructure. This pivot would also be good news for U.S. taxpayers, because funds would no longer be wasted on a dead-end system that mostly benefits the companies who get the reconstruction contracts while keeping millions of lives in jeopardy.