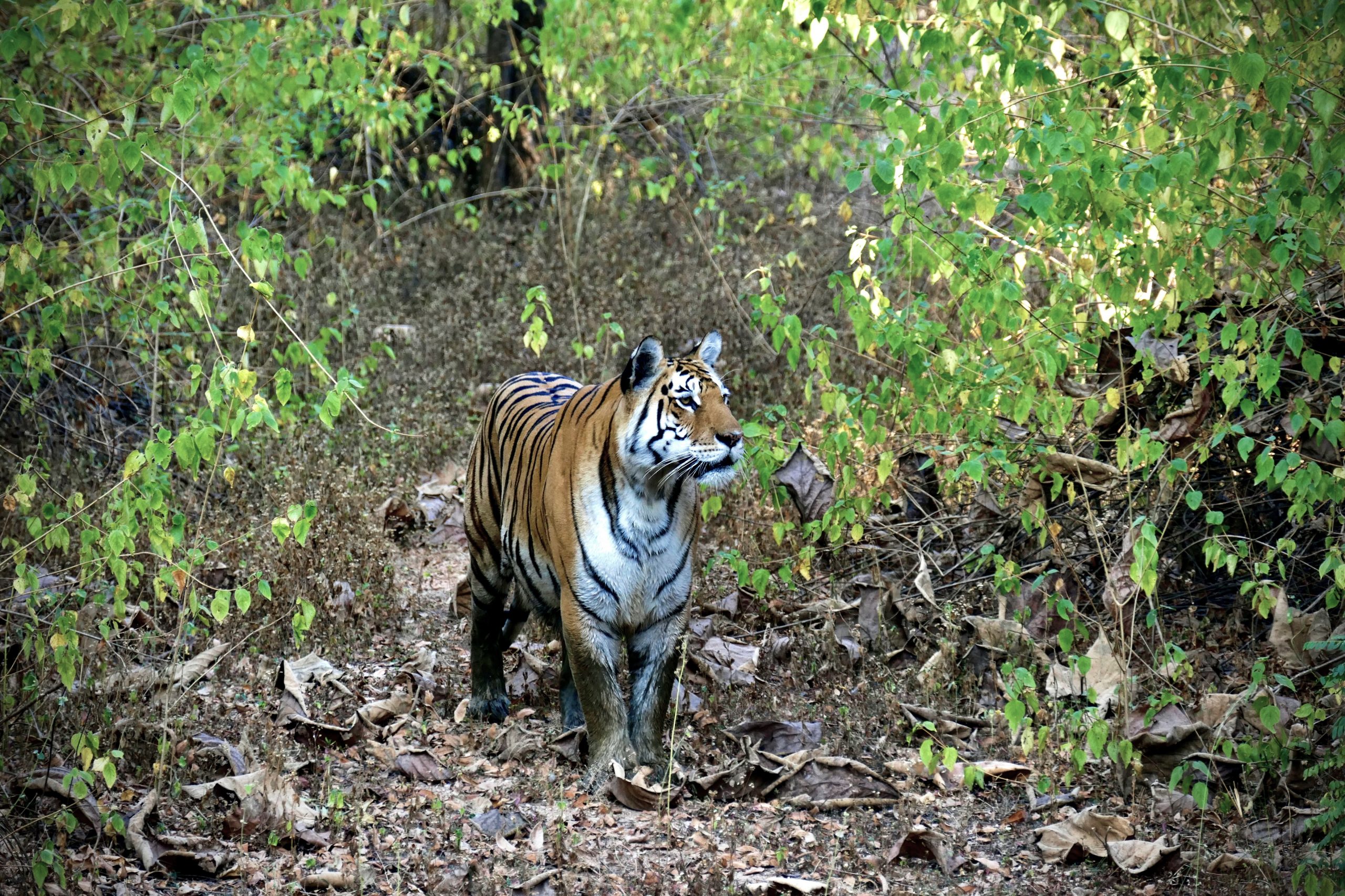 Tigers across central India traverse long distances to get from one protected area to another. Maintaining safe areas for the big cats to move through — known as wildlife corridors — is essential for allowing tigers to thrive and avoid inbreeding. However, different studies and institutions have provided conflicting messages on which areas are most important to tiger movement.

In a paper published in March, researchers from five previous studies that had mapped out tiger corridors in central India came together to combine their results. The collaboration identified overlapping areas where all five studies agreed that habitat connectivity is key for tiger movement in central India. The study authors call these areas “consensus connectivity areas.” They say they hope that having a single map based on scientific consensus will be useful for informing local infrastructure projects and measures to protect and maintain these areas.

“We hope that this result offers a clear message about where the current science agrees, and can bolster existing efforts to conserve tigers and other species that share their habitat in central India,” says Jay Schoen, a PhD student in Columbia University’s Ecology and Evolutionary Biology Program, who led the study’s connectivity data analyses.

(a) Simulations of the pathways that tigers most commonly use to move between protected areas, shown in green. Brighter lines indicate more simulated movement across the five studies that were analyzed. (b) The blue areas indicate the “consensus connectivity areas” which all five studies agreed were important for tiger movement. The green areas are protected areas. Credit: Schoen et al./Conservation Biology 2022

The five studies that were analyzed agreed most on areas that impede tiger movement, mainly urban areas, and the areas where tigers could move freely with minimal barriers, mainly forests. In agricultural areas, the presence or absence of tiger corridors was less certain.

The researchers found that land ownership in consensus connectivity areas is complicated, with overlapping or contested ownership among villages and multiple arms of India’s Forest Department. Specifically, about 70% of the areas fell within village administrative boundaries, 100% overlapped with Forest Department management boundaries, and over 16% of the total consensus area was within one kilometer of infrastructure such as roads, railways, canals, mines, and transmission lines that can inhibit tiger movement. These factors make it complicated to manage and conserve the land for tiger movement.

“The successful management of connectivity areas will require consensus among stakeholders on the appropriate balance between potentially competing objectives for safe passage of dispersing wildlife, livelihood needs for local communities, and infrastructure development,” said Amrita Neelakantan from the Network for Conserving Central India, who led the study’s analysis of management implications.

By clearly defining the target conservation areas and identifying the populations and businesses that would most likely be affected by land-use decisions in these areas, the study could make it easier for communities to collaboratively build upon existing efforts to conserve the country’s tiger population, say the authors.

They note that the approach could also be applied in other regions of the world to support applied conservation work and ultimately to promote coexistence between humans and nature.

Co-authors and collaborators on the study include: Ruth De Fries of Columbia; Samuel A. Cushman of the U.S. Forest Service; Trishna Dutta of the University of Goettingen; Bilal Habib, Yadvendradev V. Jhala, Indranil Mondal, Swati Saini, and Bibek Yumnam of the Wildlife Institute of India; Uma Ramakrishnan of India’s Tata Institute of Fundamental Research; P. Anuradha Reddy of the Centre for Cellular and Molecular Biology, Hyderabad; Sandeep Sharma of the German Centre for Integrative Biodiversity Research and Martin Luther University Halle-Wittenberg; and Prachi Thatte of the World Wide Fund for Nature – India.