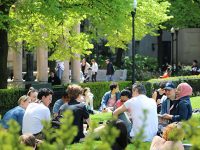 Will You Protect the Trees or the Forest? 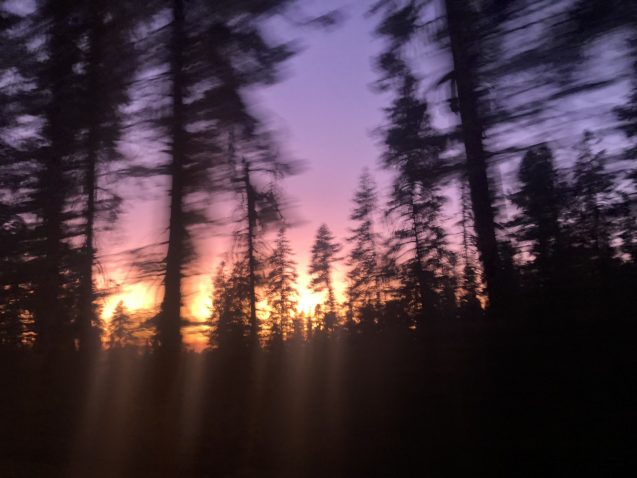 Two summers ago, my family received a harrowing “prepare for evacuation” call from CALFIRE, that might as well have been from Mother Earth herself.

As the skies above my childhood home in Northern California turned from ash-stained grey to a phosphorescent orange, I felt shock, sadness, anger, and fear — common emotions when shelter and basic life come under threat.

Emotions can be catalyzing, and in my case, they led me to devote my career toward stemming the tide of climate change. However, emotions can also cloud logic and lead to rash decisions.

One form of this irrationality has been the prioritization of local, smaller-scale environmental conservation over the critical goal of combatting global climate change. This is a form of environmental NIMBYism (“Not In My Back Yard”), where individuals and organizations that claim to support the environment have thrown wrenches and roadblocks in the path toward addressing global warming when the necessary infrastructure is planned for their backyard.

One such infrastructure project is the 850-megawatt Battle Born Solar Project in Mormon Mesa, Nevada. As it is the largest U.S. solar project ever proposed and has the capacity to power 10% of Nevada on clean renewable energy, one would think environmentalists would be supportive of this project. However, local residents backed by the Sierra Club have mounted opposition due to potential impacts on a local desert tortoise population, possible increase in dust, and general unsightliness.

Resident Kevin Emmerich previously worked as a park ranger in Death Valley National Park and identifies as a supporter of solar energy. However, due to concerns over degradation of the desert and impacts on the desert tortoise, he says, “Approving this project would be a shame.”

Locals have banned together, creating the Facebook group, Save Our Mesa, with the goal of protecting the area from any developments, including those for clean energy. Another resident, Suzy Rebich, wrote on Save Our Mesa, “We’re not opposed to the giant solar farms, but we just don’t want them in anyone’s backyard — especially ours.”

The reality is “not in anyone’s backyard” is infeasible. Clean energy requires land for solar panels, windmills, hydropower, and transmission lines, so quite literally it will have to go in someone’s backyard.

There was a similar debate in Maine with the New England Clean Energy Connect project, which was proposed to transport Canadian hydropower to Massachusetts and would have eliminated millions of tons of carbon dioxide emissions each year. However, environmental groups pushed back over concerns about the ecological impacts on North Woods — a 53-mile stretch of land the transmission line would have run through.

Aligned in the mission of halting the clean energy project, these groups garnered support from fossil-fuel companies and received over $20 million from NextEra Energy — an energy provider, which owns some renewable assets, but primarily delivers oil and gas to Maine.

This issue turned into a state-wide referendum where Maine residents voted to halt the project last winter. Opponents of the project offered an alternative: run the transmission line through Vermont.

These debates are taking place across the nation. Riverkeeper (NY), Nantucket Residents Against Turbines (MA), and Save North Livermore Valley (CA) are among the groups of local conservationists fighting renewable power projects.

To be clear, clean energy is not completely innocent from an environmental perspective because land development will certainly displace some tree or creature. Patrick Donnelly, a Nevada director for the Center for Biological Diversity, lists in addition to desert tortoises, three corner milkvetch (a leafy plant), and white-margined beardtongue (a flower) as threatened by solar development in Nevada. But surely these local constraints are hardly environmentally comparable to burning the natural gas, oil, and coal that make up roughly 80% of the United States’ energy consumption, with increasingly deadly impacts on millions of people all over the globe.

These trade-offs are legitimately tough. What if it’s the last surviving population of beardtongue? What if the project is slated to encroach on sacred Indigenous land? What if the solar farm could move 50 miles east to a less contested area, but at considerable cost?

I will not pretend to know how to appropriately weigh the trade-offs in every case or circumstance. What I do know, however, is that, though the argument to ignore local environmental issues might sound cruel, global warming is cruel, too. Desert tortoises may be able to survive another 50 years in Mormon Mesa, but when climate change shortens the rainy season to near nonexistence, they will suffer as well.

I admit bias in this argument because the biggest driver to slow the acceleration of catastrophic wildfires in my home state is to slow the acceleration of climate change. And right now, I believe the conservation movement is missing the forest for the trees. At a certain point, climate change will arrive in all of our backyards — like the wildfires threatening my family’s. And while we managed to avoid disaster, many others during the 2020 wildfire season in California were far less fortunate.

Practically everything has an environmental impact and while we argue over individual rivers or tortoise populations, Florida is sinking, Texas is freezing, Washington is scorching, Montana is drowning, and California is burning.

So where do you stand? Will you protect the trees or the forest?

Thank you Allegra. Great article and a perspective that needs to be heard.

One option (which was my Capstone project) is offsetting any damages by the solar panels/transmission lines under a Habitat Conservation Plan (HCP) – a mechanism available under the Endangered Species Act. While it allows for development and the “take” of endangered species for the project, the developer must also agree to restore at least that impact or 2x etc the impact nearby for that same species. It’s helped to created protected reserves around the country. It’s not perfect but perhaps a viable solution for local environmental groups.

I’m with Save our Mesa. First of all our community would have been sandwiched between the 2 largest solar farms in America. No one could tell us what that would do to our climate in our community. We were not willing to be lab rats and potentially watch our homes ruined by unforeseen effects of the situation.
Why does the desert have to be destroyed in order to save the planet. We are as an important of an ecosystem as all the others.
We promote rooftop solar as does Kevin Emmerich. This is not a NIMBY issue.
We are not against renewables, we are against irresponsible placement of these huge farms. Battle Born was LESS THAN 8000 FEET from our homes and 2/3 of Manhattan would fit in its footprint.
If you are going to push to save the planet, it must save ALL of the planet! Desert DOES NOT mean dead. Deserts are vibrant with life.
Put this on rooftops and nothing has to die or go into extinction.
The green being pushed is more greed than green.
Why not nuclear? Smaller footprint, mor efficient and the technology is now there to operate them safely. It was a brilliant idea that came out before it’s time.
I want to protect the trees and the Forest AND THE DESERT!