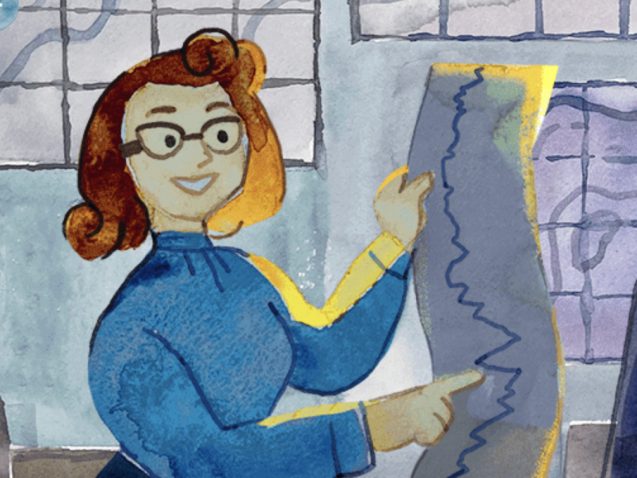 On November 21, an interactive Google Doodle highlighted the pioneering work of Marie Tharp.

Starting in 1948, Tharp worked at the Lamont Geological Observatory — now the Lamont-Doherty Earth Observatory at the Columbia Climate School. There, she used sonar data to draw topographic maps of the ocean floor.

Despite being a woman in a male-dominated field, Tharp managed to co-publish the first world map of the ocean floors, and helped to prove the theory of continental drift  — an idea her colleague notoriously dismissed as “girl talk,” but is now considered scientific fact. In 1997, the Library of Congress named her one of the four greatest cartographers of the 20th century.

Tharp retired in 1983 and died in 2006, but she remains an inspiration to countless women scientists.

In a book that was published in 1999, Tharp said, “Not too many people can say this about their lives: The whole world was spread out before me (or at least, the 70 percent of it covered by oceans). I had a blank canvas to fill with extraordinary possibilities, a fascinating jigsaw puzzle to piece together: mapping the world’s vast hidden seafloor. It was a once-in-a-lifetime — a once-in-the-history-of-the-world — opportunity for anyone, but especially for a woman in the 1940s. The nature of the times, the state of the science, and events large and small, logical and illogical, combined to make it all happen.”

Learn more about Marie Tharp and her legacy by clicking through the Google Doodle, by reading our previous coverage, and by visiting our Marie Tharp website.