Antarctica’s uncertain fuse,
A “weak underbelly,” said Hughes.
Pine Island and Thwaites,
Thrown open, the gates?
As humans, what path should we choose?

The East’s held strong millions of years,
Despite cries of wolf from some peers.
West into the sea,
Up one foot, or three?
Uncertainty some meet with sneers.

Below salty waves, ice is grounded …
In this case, we see fears are founded.
In our defense,
Some centuries hence,
I hope they’ll say reason resounded.

This is one in a series of poems based on science news, written by Katherine Allen, a researcher in geochemistry and paleoclimate at the Lamont-Doherty Earth Observatory. 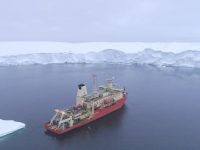 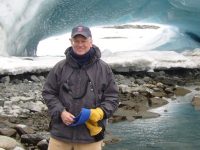 How Is Climate Change Affecting Ocean Waters and Ecosystems?
Subscribe
Login
0 Comments
Inline Feedbacks
View all comments
wpDiscuz
0
0
Would love your thoughts, please comment.x
()
x
| Reply
This website uses cookies as well as similar tools and technologies to understand visitors' experiences. By continuing to use this website, you consent to Columbia University's usage of cookies and similar technologies, in accordance with the Columbia University Website Cookie Notice.Close