A Carbon Tax Is Not Feasible or Practical

In a prominent editorial this past Sunday, the New York Times once again advocated the adoption of a carbon tax. While the theory of a carbon tax makes perfect sense, its lack of practicality makes it the unicorn of energy politics. It is an imaginary creature of elegance and beauty that has little chance of walking the earth. It is true that greenhouse gas regulations and gasoline taxes are forms of carbon taxes and, as the Times reports, British Columbia has a carbon tax. But the space between the carbon tax as a policy idea and the reality of American politics is too vast to overcome. For better or worse, here in America we are in a period of tax policy paralysis that is unlikely to be surmounted anytime soon. If it is, it will be because the Republicans have achieved control of both the presidency and Congress — and the agenda will be to cut taxes, not to establish new ones. In my view, the focus of climate policy should not be to raise the price of fossil fuels, but to lower the price of renewable energy. Climate change is a critical public policy issue, but it will not be addressed by policies that have no chance of being adopted.

Advocates of carbon taxes are persistent and influential. According to the New York Timeseditorial:

“In a welcome development, businesses are asking world leaders to do more to address climate change. This week, the top executives of six large European oil and gas companies called for a tax on carbon emissions. These companies — the BG Group, BP, Eni, Royal Dutch Shell, Statoil and Total — are not taking a bold environmental stand. They are being pragmatic. They want an efficient and predictable policy to limit greenhouse gas emissions because they realize something must be done.”

The idea behind the carbon tax is that by raising the price of fossil fuels, one promotes energy efficiency and, as fossil fuels become more expensive, renewable energy technologies will become more competitive. I am certain this is true. But few elected officials are going to advocate higher fossil fuel prices. Moreover, higher energy prices cause people on the lower end of the economic ladder to pay a higher portion of their income on energy. This is because many of the ways we use energy cannot be reduced and poor people often do not have access to the technologies of renewable energy and energy efficiency. Gasoline for your car, heat for your home and electricity for the family refrigerator are often not discretionary but required prerequisites for participation in modern economic life. This is when the simple elegance of the carbon tax breaks down as the complexity of the real world intrudes on the logic of theory. In order to enact a tax we would need to devise ways to reduce its impact on poor people or energy-intensive businesses. The Times editorial discusses these policies, but energy stamps or similar subsidies are far from simple to implement, might stigmatize recipients and would become easy and obvious political targets.

Carbon tax advocates are correct when they assert that tax policy can have a massive impact on behavior, but I think they are approaching the issue backwards. After World War II we wanted to give the average person a greater stake in society and public policy promoted home ownership. Tax policy helped transform America from a nation of renters to a nation of homeowners, but we didn’t do it by taxing rent. We did it by making property tax and mortgage interest tax deductible. We also learned how to insure mortgages. In effect we lowered the price of ownership.

In my view, the most practical and equitable way to change energy consumption habits is to lower the price of renewable energy and energy efficiency. We should do it directly. It starts with basic research: government must fund national labs and university-based scientists to advance renewable energy, energy efficiency and energy storage technologies. We can then use tax policy to encourage the rapid commercialization of these technologies. Companies should be encouraged to take risks to get into the business through reduced corporate taxes. Finally, tax policy can be used to encourage consumers to adopt these technologies by lowering their price through tax credits and deductions. When wind and solar power receive favorable tax treatment, their utilization rises, and when these short-term tax policies expire, their utilization declines. Tax expenditures work as well as tax increases and they have the benefit of being politically attractive.

One reason that the carbon tax proposal persists despite its infeasibility is the dominance of economics in modern policy analysis. Politics, history, culture, management and sociology are cast aside. The thinking behind the tax proposal is that the full or true costs of carbon, including its environmental damage, is not included in its price. Include those costs in the price and the market will magically reduce consumption and the tax revenues collected from fossil fuel use can then be used to right the environmental wrongs caused by these fuels. If you assume away the centrality of energy to modern life and assume away politics and the drive for political power, the theory could lead to a practical public policy.

While one could imagine carbon taxes taking root in some jurisdictions, there is no way to ensure that they would be imposed everywhere. Since climate is a global issue, national carbon taxes are insufficient. China and India would need to go along, and given the urgency of their energy and development needs, it is difficult to imagine that they would agree to such a measure.

I sometimes think the push for a carbon tax comes out of an early 20th century environmentalist mindset that scolds people for consumption and living in evil, immoral cities: “Let’s punish people for using fossil fuels by assessing a penalty on its use. People should live at one with nature and get back to the land.” The problem is that since 2007, most of the world’s population has lived in cities. The proportion of urban dwellers continues to grow. Cities are economic and social magnets and it’s a good thing they are. There are simply too many people and too little nature for all of us to get back to the land — even if we wanted to or knew how to live off the land. Most people enjoy the modern, energy-intensive world we live in.

Sustainability advocates need to turn away from the anti-urban roots of the environmental movement and turn to a positive, enabling vision of a 21st century sustainable lifestyle. Instead of punishing people for consuming the “wrong” things let’s figure out a way to reward people for consuming the “right” things. Culture, entertainment, education, physical fitness, “wellness” and even “people watching” use few material resources and are attractive, positive elements of a sustainable urban society. People enjoy green spaces, green buildings and the intellectual, social and cultural engagement of the best 21st century cities. These cities can gradually implement renewable energy, modern waste management, water treatment and sustainable mass transit systems. This will enable people to enjoy a sustainable lifestyle in a production system that minimizes rather than maximizes environmental impacts.

A carbon tax is a blunt and infeasible policy instrument. Why waste time and effort on an infeasible policy that will never happen? Why not devote time and effort to building a real partnership between the public and private sector to create a sustainable economy? Let’s fund the research, smart grids, and productive capacity needed to lower the cost and environmental impact of energy. Its time to give up on the carbon tax and do the real work that will transform the energy base of the world economy. 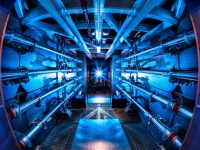 Fusion-Fueled Clean Energy May Be Closer Than You Think 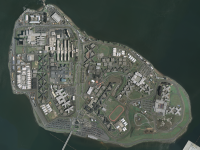 A Renewable Future for Formerly Incarcerated New Yorkers
Subscribe
Login
0 Comments
Inline Feedbacks
View all comments
wpDiscuz
0
0
Would love your thoughts, please comment.x
()
x
| Reply
This website uses cookies as well as similar tools and technologies to understand visitors' experiences. By continuing to use this website, you consent to Columbia University's usage of cookies and similar technologies, in accordance with the Columbia University Website Cookie Notice.Close