After spending several years in the field of marine conservation and management, Shirley Binder (MPA-ESP, ’19) began looking for a program that focused on the integration of both science and policy in the formulation of environmental regulations. Shirley’s passion for marine biology has been a driving force behind her professional and educational career. She currently works as a project evaluator and marine biologist for Panama’s Ministry of Environment in the Coast and Ocean Division and received a Bachelor of Science in marine biology from American University. Columbia University’s MPA in Environmental Science and Policy, co-sponsored by the Earth Institute and Columbia University’s School of International and Public Affairs, allowed for Shirley to not only broaden her preexisting scientific background, but also learn about the processes behind environmental policy.

Jeffrey Fralick, currently in his second semester in the Sustainability Science program, sat down with Shirley to discuss her past experiences, passions, feelings about the program, and future aspirations upon graduation.

Why were you interested in enrolling in the MPA-ESP program?

I have a background in marine biology, and even though I have worked in policy while in the Coast and Oceans Division in the Panama Ministry of Environment, I wanted a program that would teach me how to integrate science in the formulation and implementation of environmental policy. My interests are in ocean conservation and governance, especially in sustainable fisheries, marine resource management and protected areas.

What has been your favorite class so far?

The summer semester classes that focused on applied environmental science were great. The classes were challenging, but the fall and spring courses were even more challenging to me as they focused on the public administration part of the program. I was able to register for Business for Sustainable Forestry as an elective, which was an area that I did not have much exposure to as well, and it was a great learning experience.

In the Workshop in Applied Earth Systems Management I and II courses, we created a plan to implement the Coral Reef Sustainability Through Innovation Act of 2017, even though the bill hasn’t passed Congress yet. These are classes that simulate real-world work. If you didn’t know how to work in groups before, you will definitely learn that by the end of the workshop courses — this is crucial when addressing and implementing policy. Additionally, I am excited for the spring semester’s classes — Policy and Legal Context for Sustainable Management, which is environmental law, and International Environmental Law. Both so far have been fascinating!

What has been your favorite aspect of the program so far?

My favorite aspect of the program has been knowing the people. The cohort spends so much time together, especially during the summer, during which we were together around 10 hours per day inside and outside of class. I have learned so much from them, each one with different interests related to the environment such as energy, wildlife, food security, etc. They are amazing people with amazing experiences and it’s where you learn the most, even more than in the classroom. Could you tell me a little bit about your career path up to this point?

I worked in the Smithsonian Tropical Research Institute in Panama where I did some research with marine snails for a couple of months. I then transitioned to an NGO called MarViva Foundation, a regional NGO in Panama, Colombia, and Costa Rica. At first my focus was shark conservation, but then I worked on a project with two artisanal fishery communities, teaching them about sustainability, empowering them to implement sustainable fishing methods, and increasing value to their product by creating sustainable value chains.

After working with MarViva, I was a general biology professor in the Maritime University of Panama for one summer before entering the Ministry of Environment.  In the Ministry of Environment, I worked in the Coast and Ocean Division as a project evaluator and a marine biologist. I worked in marine protected areas and fisheries, especially in Coiba National Park, which is also a UNESCO Site. I was also involved in the implementation of international agreements and in the preparation for international conferences, including the UN Ocean Conference in 2017, where I helped compile voluntary commitments that were presented during the conference.  In the Ministry, l also worked in the field alongside a researcher who wanted to incorporate an understanding of marine population dynamics as a means of contributing to management plans. Additionally, I was a co-editor of conservation plans for marine turtles, sharks and rays.

How did your passion for marine biology evolve?

This is funny, but it actually evolved by watching movies and documentaries about marine animals. I have loved biology since high school but specifically marine biology because of media influence. Additionally, Panama is surrounded by two oceans, the Atlantic and the Pacific, so that had influenced my passion as well. I grew up looking at the ocean and after knowing how our actions are affecting them, I knew I needed to do something about it. My marine biology undergraduate degree was focused more closely on marine conservation so I have been focusing on marine conservation and marine management more so than the science and research components. But my interest started there. When I graduated from high school, my family actually thought I was going to change my major from marine biology to psychology, which was my minor… but I didn’t, and it was the best decision of my life.

I understand you worked as a social media manager for the Smithsonian Tropical Research Institute. How do you feel social media has impacted the dissemination of scientific information?

You touched on it earlier, but is there a particular realm of environmental policy that you’re interested in?

What do you think is the greatest sustainability challenge?

Climate change — it’s a great sustainability challenge but it is also a difficult one to address, as it’s an international issue that requires the involvement of every country. Deforestation, as a result of our consumption habits and the expansion of agricultural fields, has devastated ecosystems that are extremely important for water, CO2 absorption and air pollution, in addition to resulting in habitat loss that has driven species to extinction or to becoming endangered. Water pollution, which results in less fresh water available for consumption and increases ocean pollution since rivers end up in the ocean, is a significant problem, too.

What are your plans after graduating?

When I originally entered the program, I thought it may result in a career pivot as I have been working in marine conservation and management for five years, but then I realized that’s just what I want. I hope to work in an area related to marine conservation and ocean governance, marine protected areas or fisheries. Fisheries are my favorite topic. I’m not sure if I will go back to Panama right after graduation this May but at some point I do want to return to Panama. I’d like to work in government with the goal of working toward better management strategies and sustainable development in my country.

Any advice for someone looking to apply to this program?

APPLY! If you have a science background and you want to integrate it with policy, this is a great program to attend. It works the other way around as well — if you have a policy background and want a grasp of the sciences as they relate to the environment, you’ll gain this perspective and understanding, too. Students enroll in three electives and can choose these classes in different areas depending on their interest areas. It is an intensive one-year program, but it’s worth it. In my particular case, the program provided me with a skill-set in economics in addition to finance coursework, both of which are disciplines that I hadn’t studied before. Also, don’t be intimated and ask as many questions as you need. Most of the time other people have the same ones and it becomes a useful conversation for the group.

Jeffrey Fralick is a graduate student in the School of Professional Studies’ Sustainability Science program and a current intern for Dr. Cohen at the Earth Institute. Jeffrey has a background in climate change and environmental and sustainability sciences with a concentration in Land and Water Resource Management.

Students in the MPA in Environmental Science and Policy program enroll in a year-long, 54-credit program offered at Columbia University’s School of International and Public Affairs, in partnership with the Earth Institute.

Since it began in 2002, the MPA in Environmental Science and Policy program has given students the hands-on experience and analytical and decision-making tools to implement effective environmental and sustainable management policies. The program’s some 800 alumni have advanced to jobs in domestic and international environmental policy, working in government, private and non-profit sectors. Their work involves issues of sustainability, resource use and global change, in fields focused on air, water, climate, energy efficiency, food, agriculture, transportation and waste management. They work as consultants, advisers, project managers, program directors, policy analysts, teachers, researchers and environmental scientists and engineers. 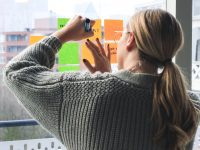 Intern With the Undergraduate Program in Sustainable Development This Spring
Subscribe
Login
0 Comments
Inline Feedbacks
View all comments
wpDiscuz
0
0
Would love your thoughts, please comment.x
()
x
| Reply
This website uses cookies as well as similar tools and technologies to understand visitors' experiences. By continuing to use this website, you consent to Columbia University's usage of cookies and similar technologies, in accordance with the Columbia University Website Cookie Notice.Close