Soot From Firestorms Would Reduce Faraway Crop Production for Years

The concept of nuclear winter—a years-long planetary freeze brought on by airborne soot from nuclear bombs—has been around for decades. But the idea has been based largely on back-of-the-envelope calculations involving a total war between Russia and the United States. Now, a new multinational study incorporating the latest models of global climate, crop production and trade examines the potential effects of a lesser but perhaps more likely exchange between two nuclear-armed enemies: India and Pakistan. It suggests that even a limited war between them might cause unprecedented global food shortages and starvation lasting more than a decade. The study appears this week in the journal Proceedings of the National Academy of Sciences.

Of an estimated 14,000 nuclear warheads worldwide, close to 95 percent belong to the United States and Russia. India and Pakistan are thought to have about 150 each. The study examines the potential effects if they were to each set off 50 Hiroshima-size bombs—less than 1 percent of the estimated world arsenal. Average changes in maize yield in the five years following a nuclear war between Pakistan and India. (Adapted from Jägermeyr et al., 2020)

In addition to direct death and destruction, the authors say that firestorms following the bombings would launch some 5 million tons of soot toward the stratosphere. There, they say, it would spread globally and remain, absorbing sunlight and lowering global mean temperatures by about 1.8 degrees C (3.25 F) for at least five years. They project that this would in turn cause production of the world’s four main cereal crops—maize, wheat, soybeans and rice—to plummet an average 11 percent over that period, with tapering effects lasting another five to 10 years.

“Even this regional, limited war would have devastating indirect implications worldwide,” said Jonas Jägermeyr, a postdoctoral scientist at the NASA Goddard Institute for Space Studies who led the study. “It would exceed the largest famine in documented history.”

According to the study, crops would be hardest hit in the northerly breadbasket regions of the United States, Canada, Europe, Russia and China—but southerly regions would suffer much more hunger. That is because many developed nations in the north now produce huge surpluses, and export much of them to nations in the Global South that are barely able to feed themselves. If these surpluses were to dry up, the effects would ripple through the global trade system. The authors estimate that some 70 largely poor countries with a total population of 1.3 billion people would see food supplies drop more than 20 percent.

Some adverse effects on crops would come from shifts in precipitation and solar radiation, but the great majority would stem from the temperature drops, according to the study. Crops would suffer most in countries north of 30 degrees simply because temperatures there are lower and growing seasons shorter to begin with. Thus, even modest declines in growing-season temperatures could leave crops struggling to mature, and susceptible to deadly cold snaps. As a result, harvests of maize, the world’s main cereal crop, could drop by nearly 20 percent in the United States, and an astonishing 50 percent in Russia, say the authors. Wheat and soybeans, the second and third most important cereals, would also see steep declines. In southerly latitudes, rice might not suffer as badly—and cooler temperatures might even increase maize harvests in parts of South America and Africa. But this would not offset the much larger declines farther north. Many developed countries would almost certainly impose export bans on their surpluses, which might tide them over for a few years at the expense of the Global South. As a result, by year four or five, many poorer nations would see catastrophic drops in food availability. Among those the authors list as potentially hardest hit: Somalia, Niger, Rwanda, Honduras, Syria, Yemen and Bangladesh.

Previously, Jägermeyr has studied the potential effects of global warming on agriculture, which most scientists agree will suffer badly. But, he said, a future nuclear war would hit food systems far worse.  And, looking backward, the effects on food availability would be far worse than any previously recorded global agriculture upsets caused by droughts, floods or volcanic eruptions, he said.

The study might be erring on the conservative side. For one, India and Pakistan may well have bombs far bigger than the ones the scientists use in their assumptions. For another, the study leaves India and Pakistan themselves out of the crop analyses, in order to avoid mixing up the direct effects of a war with the indirect ones. That aside, Jägermeyr said that one could reasonably assume that food production in the remnants of the two countries would drop essentially to zero. The scientists also did not factor in the possible effects of radioactive fallout, nor the probability that floating soot would cause the stratosphere to heat up at the same time the surface was cooling. This would in turn cause stratospheric ozone to dissipate; similar to the effects of now-banned refrigerants, this would admit more ultraviolet rays to the earth’s surface, damaging humans and agriculture even more.

Much attention has been focused recently on North Korea’s nuclear program, and the potential for Iran or other countries to start up their own arsenals. But many experts have long regarded Pakistan and India as the most dangerous players, because of their history of near-continuous conflict over territory and other issues. India tested its first nuclear weapon in 1974, and when Pakistan followed in 1998, the stakes grew. The two countries have already had four full-scale conventional wars, in 1947, 1965, 1971 and 1999, plus many substantial skirmishes in between. Recently, tensions over the disputed region of Kashmir have flared again.

“We’re not saying a nuclear conflict is around the corner. But it is important to understand what could happen,” said  Jägermeyr.

The paper was coauthored by 19 scientists from five countries, including three others from Goddard, which is affiliated with Columbia University’s Earth Institute: Michael Puma, Alison Heslin and Cynthia Rosenzweig. Jägermeyr also has affiliations with the University of Chicago and Potsdam Institute for Climate Impact Research. 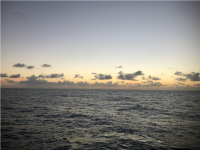 God save us from this nuclear war.

And God save us from people’s greed for money

If you guys are so worried about the fall out, why don’t your tell India to hand over the muslim majority state they have occupied by force?

otherwise, the nuclear war will be an addition to the other 8 wars on kashmir between india and pakistan
https://www.how2havefun.com/thought-of-the-day/pakistan-vs-india-war/

I AGREE. The World was surprised by the Global Pandemic and the World will be even MORE surprised if and when a “Small” Nuclear War happens between India and Pakistan.

Once it happens, it is too late to avoid damage to the world’s food production.

I believe the Term “Black Swan Event” was coined to describe the above.
I wrote a 45 page article on this subject in 2019 and condensed it to 15 pages (the last 5 pages I typed with my left hand, as I had broken my right arm and I am right-handed.

I sent copies to the UN Ambassadors from India, Pakistan, Russia, China, The United Kingdom, and France. I could not find the American UN Ambassador’s email, so I sent a copy to the Trump Organization.

I HEARD ONLY CRICKETS! NOTHING.

THIS TIME I SEND IT TO THE NYT, WASH POST, ETC,

WE HAVE TO STOP THE ARGUMENT OVER “TERRORISM” AND ELIMINATE THE UNDERLYING CAUSE OF THE TERRORISM — THE LACK OF A REFERENDUM IN KASHMIR FOR OVER 70 YEARS.

It is hard to educate Americans about Kashmir and such arcane things as Section 35A of the Indian Constitution!

I am 66 years old, with heart disease, ling disease, Lymphedema, Venous Insufficiency, and IBS and then, on Dec 7th, 2020, Arthritis.

why? why dont they leave indian sub continent inc kashmir , india always a hindu land for 5000 yrs, these people are from the middle east they got nothing to do with india

Kashmir was Muslim Majority in 1843, as per the British Economist, the World’s most respected Magazine, even though it calls itself a “Newspaper”.

This British Mag said in 1843, the BRITISH installed a Hindu Gov (or Raj) to rule Muslim Kashmir.
THAT MAKES NO SENSE! Also, in 1947, when the Sub Continent was split between Muslim and Hindu. since Kashmir was STILL Muslim Majority, it should have gone to Pakistan!

But, as in 1843, in 1947, Muslim Kashmir ALSO had a Hindu Governor, who hesitated and then BOTH Pakistan and India invaded Kashmir, each grabbing a piece of the Pie. At some point, China grabbed a slice of Kashmir.

And for THIS a Nuclear War could happen, with two BILLION people dead of Starvation due to the Global Nuclear Winter?

Correction– not a simple “Winter”– but A GLOBAL NUCLEAR ICE AGE!

Yes, the latest Models show even a “Small” Nuclear War, where only 100 A-Bombs explode, will cause the Earth’s Average Global Temp to go down 5 Degrees Fahrenheit (“F”), or where it was 11,000 years ago, when we had an Ice Age!