How Unprecedented Was the February 2021 Texas Cold Snap? Valentine’s Day brought Arctic air to the Central and Southern United States and with it, widespread disruption of highly vulnerable energy, electricity, and water systems. Millions lost power and the ability to heat their homes. Roads iced over, pipes burst, and failing water mains left many without safe drinking water.

Infrastructure failed along several modes. Parts and equipment (pumps, valves, pipes, wind turbine blades, etc.) that were not adequately designed and weatherized for these low temperatures malfunctioned. This equipment in turn caused critical energy, power generation and water systems to stop functioning. At the same time, soaring demand for energy (both electricity and gas) to keep buildings warm added stress on the power grid. When parts of the electric grid failed or were purposefully shut off because of insufficient supply, this resulted in further failures or shutoffs of gas and water systems that depend on electricity to operate.

How unexpected and how widespread was this cold snap? What did the steep rise in electric power consumption leading up to near collapse tell us? We have evaluated these questions and submitted our results and recommendations to a peer-reviewed journal for publishing. A brief summary of our findings is below.

For the first question — how unexpected and widespread was this weather event? — we looked at historical data using a measure for how cold it was state-wide. This measure is called heating degrees.

If you think of Texas as a chessboard, we calculated the heating degrees for every grid cell in the state, every winter hour since 1950. We added up heating degrees over the region served by the interconnected grid that supplies most of Texas. We accounted for the varying population in each location. (The higher the population, the higher the total energy demand for heating.) This heating degrees measure is a good proxy for the peak hour heating demand in any hour across the state, given the current population of the state.

To see how the February 2021 event compared to historic storms that have hit Texas, we combined today’s population with the temperature on each day since 1950 — this way, we can see what would be the heating demand if past storms hit Texas today. We examined how severe the temperature deviation was for the most intense cold spell of six hours and of two days during every winter season since 1950. The results are shown below.

Extreme six-hour events can create conditions that could lead to hardware components failing and leading to plant shut-downs. The longer two-day events are even harder on physical infrastructure, and they can be life-threatening for populations as electricity, heating and water systems may start to fail if the systems were not designed for such events. Maximum annual temperature deviations from 68F or heating degrees (a measure of heating demand) for cold spells of at least 6-hour or at least 2-day duration during every winter season since 1950.

As seen above, the coldest six-hour duration event in the last seven decades occurred in 1989 (shown as the 1990 winter season) with a temperature deviation of 61F. The same 1989 event recorded a two-day deviation of 52F. The six-hour 1989 event was slightly worse than the recent February 2021 event.

If we consider the two-day duration, three of the last 40 years (1983, 1989 and 2021) have events that exceeded a 50F deviation, showing that these extreme events are relatively common. Similar events have occurred prior to 1950 as well. In the years between 1990 and 2020, the temperature deviation were not nearly as large.

In February 2011, extreme cold caused a spike in electricity demand. Coal and natural gas plants were not able to keep up, and the state implemented rolling blackouts as a result. According to an August 2011 FERC report: “Between February 1 and February 4 (of 2011), a total of 210 individual generating units within the footprint of the Electric Reliability Council of Texas, Inc. (ERCOT), which covers most of Texas, experienced either an outage, a derate, or a failure to start. The loss of generation was severe enough on February 2 to trigger a controlled load shed of 4,000 MW, which affected some 3.2 million customers.”

The February 2011 event — which was actually not as cold as several prior events — was a wake-up call to the electric system planners. The regional electric system planners did take the 2011 cold event as a warning for these kinds of problems. However, there is speculation that the changes that were then deemed necessary were not all implemented.

The response of infrastructure depends on whether the equipment was exposed to the elements, how well it was weatherized and on the combination of cold temperatures, moisture and precipitation. We wonder whether many of the localized failures that occurred in February 2011, and the cascading impacts on energy supply, would have been avoided if equipment had been designed to withstand the temperatures observed in December 1989. Like 2011, the February 2021 event has again led to calls for Texas to “weatherize” critical energy infrastructure. By one estimate, about 27,000 MW of demand was not being met at the height of the February 2021 event.

Electric power consumption nearly doubled between February 11 and February 15, 2021. Could this steep rise during the 2021 cold spell have been anticipated? Indeed, it could have, had some of the historical cold conditions been used, along with the current and future population and the number of buildings, to project what the demand could be for such an event. We know that nearly 55% of the homes were using electricity for heating, and we also know how different types of buildings respond to colder temperatures. As the underlying energy infrastructure is evolving and demand is growing, this marks an opportunity for planners to require more efficient building envelopes and heating systems. The recent failures also highlight the opportunity for ‘smart’ buildings that could contribute to better load management in such extreme events. A smart building could reduce electric consumption upon receiving a signal from the utility of an impending loss of power triggered by an extreme event. This would have allowed adaptation to such conditions with soft rather than hard failures.

An open question is whether such events will become more frequent with climate change. This is not a subject of the present analysis, but there is enough evidence presented here to suggest that regardless, cold snaps like last month’s have been fairly common in the state’s history, and infrastructure design should not ignore this historical information. What happened in Texas this February wasn’t the state’s first extreme cold snap, nor will it be the last. 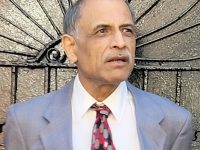 I am Writing an article for Energy Central. The information in the article is excellent, and will add to the description of the Texas Freeze-down.