A new global analysis says that greenhouse-gas emissions from food systems have long been systematically underestimated—and points to major opportunities to cut them. The authors estimate that activities connected to food production and consumption produced the equivalent of 16 billion metric tons of carbon dioxide in 2018—one third of the human-produced total, and an 8 percent increase since 1990. A companion policy paper highlights the need to integrate research with efforts to reduce emissions. The papers, developed jointly by the UN Food and Agriculture Organization, NASA, New York University and experts at Columbia University, are part of a special issue of Environmental Research Letters on sustainable food systems.

The Center on Global Energy Policy has also produced a detailed guide to food systems and climate, and a related video, both geared to the general public.

The lead author of the analysis, Francesco Tubiello, heads the environment statistics unit at FAO. He said the study shows that food production represents a “larger greenhouse-gas mitigation opportunity than previously estimated, and one that cannot be ignored in efforts to achieve the Paris Agreement goals.” He said emissions inventories that countries currently report to the United Nations Framework Convention on Climate Change poorly characterize food systems,  and underestimate their contribution to climate change. 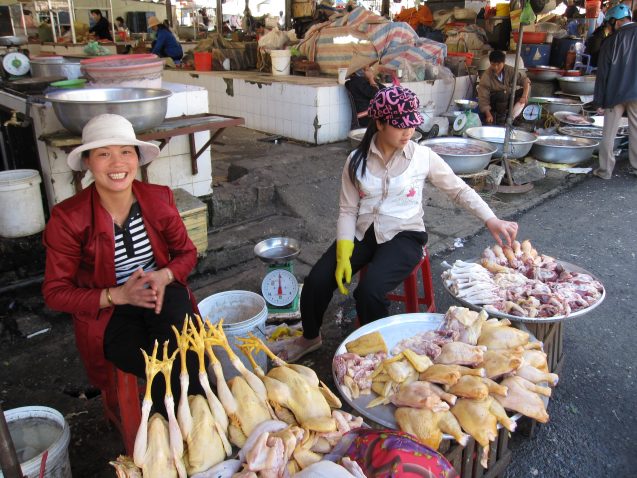 The study provides country-level datasets that are being refined ahead of the UN’s Food Systems Summit, to be held in July. It considers emissions linked not just to production of livestock and crops, but from land-use changes at the boundary between farms and natural ecosystems, and from related manufacturing, processing, storage, transport and waste disposal.

The companion policy piece calls for better scientific understanding of the processes through which greenhouse gases are emitted from all phases of food production and consumption. It says that the food system has a major role to play in mitigating climate change. The lead author of that paper, Cynthia Rosenzweig of Columbia University’s Earth Institute and the NASA Goddard Institute for Space Studies, said, “Science and policy domains have often been siloed in academia. We propose a ‘double helix’ of interactive research by scientists and policy experts that can deliver significant benefits for both climate change and the food system.”

“The food system and the climate system are deeply intertwined,” said coauthor David Sandalow, a fellow at Columbia’s Center on Global Energy Policy. “Better data can help lead to better policies for cutting emissions and protecting the food system from a changing climate.”

Programs and policies to mitigate climate change must consider the impact on the more than 500 million smallholder households around the world, say the authors. This issue is particularly acute in the least-developed countries, where relatively larger shares of the population rely on agriculture for their livelihoods, they say. 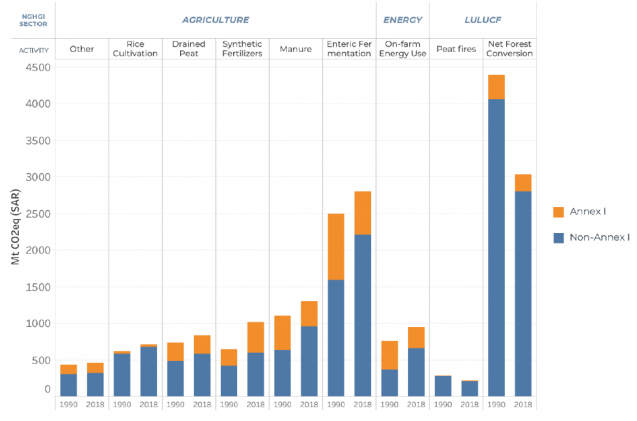 “To achieve a net-zero future, we need to understand better the interplay between the food system and emissions in developing countries where populations are growing, poverty is diminishing, and incomes are rising,” said Philippe Benoit, an adjunct senior research scholar at the Center on Global Energy Policy.

One emergent theme: optimal mitigation strategies will require a focus on activities both before and after farm production, ranging from the industrial production of fertilizers to refrigeration at the retail level. Emissions from these activities are growing fast.

“Agriculture in developed countries emits large quantities of greenhouse gases, but their share can be obscured by large emissions from other sectors like electricity, transportation and buildings,” said Matthew Hayek, an assistant professor in environmental studies at New York University and coauthor of both pieces. “Looking at the entire food system can not only illuminate opportunities to reduce emissions from agriculture, but also improve efficiency across the whole supply chain with technologies such as refrigeration and storage.”

(In the video below, the authors describe the tight links between food systems and climate, and what we can do to reduce emissions.)

The conversion of natural ecosystems to agricultural croplands or pastures remained the largest single emissions source over the study period, at nearly 3 billion metric tons per year. But it declined significantly over time, by over 30 percent, possibly in part because we are running out of land to convert.

Read the authors’ guide to food systems and climate