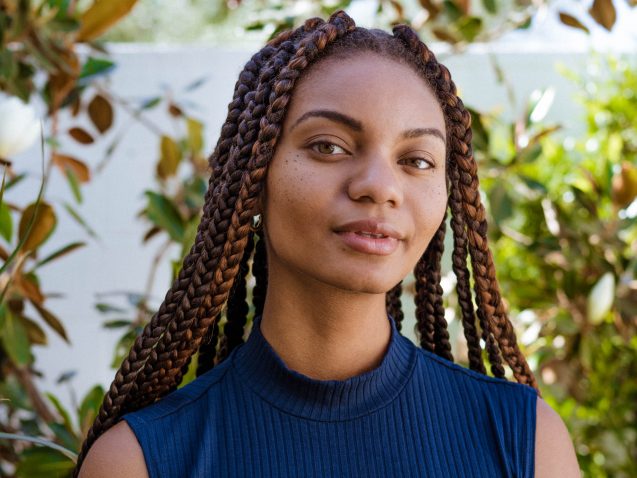 Eco-communicator Leah Thomas coined the term “intersectional environmentalism,” an inclusive form of environmentalism that advocates for the protection of people as well as the planet. Photo: Val Vega

Leah Thomas, founder of the Intersectional Environmentalist platform, joins world leaders, policymakers, and fellow activists to convene about climate action for the United Nations’ twenty-sixth Conference of the Parties, known as COP26. Thomas is attending COP26 as a member of the press in addition to being one of the “influential leaders and thinkers” speaking at The New York Times Climate Hub, which coincides with the world summit.

The concept builds off of “intersectionality,” a theory which “describe[s] the double bind of simultaneous racial and gender prejudice,” coined by Columbia Law School professor, Kimberlé W. Crenshaw. Intersectional environmentalism acknowledges the overlap between systemic harm against Black, Indigenous, and people of color (BIPOC) communities and the Earth. The movement also recognizes the disproportionate effects of climate change on other marginalized groups, including people with disabilities as well as women and gender minorities.

In the following interview, which has been lightly edited, Thomas discusses COP26, elaborates on intersectional environmentalism, and offers advice to the next generation of activists and educators.

What is something that you want world leaders and policymakers to know in light of COP26?

I want them to know that ‘all talk’ isn’t good enough anymore. Honestly, I’ve been really jaded with policy and these big events. I went to another climate event, and they brought the CEO of Shell onstage. I was like, this is not what I signed up for. There are a lot of corporate interests that are involved at these climate events. I would encourage world leaders to just work with on-the-ground activists before they work with Shell, for instance, and try to give them a redemption arc.

I would tell world leaders that most of the climate solutions are already there. I don’t like the way solving the climate crisis is being marketed as a way to make money in renewable energy. If you look at the statistics, Indigenous peoples protect 80% of the world’s remaining biodiversity. So, why are we talking about these extravagant solutions when there are incredible people around the world who already have solutions to the problem?

Before you founded the Intersectional Environmentalist platform, you studied environmental science and policy at Chapman University. What do you wish you learned as a student that was never included in the curriculum?

I really wish that the history of the environmental justice movement, in particular, was taught in my program. We learned all about the creation of Earth Day and the formation of the US Environmental Protection Agency (EPA), which occurred after the passage of environmental laws, like the Clean Air Act and the Clean Water Act. I didn’t really hear a lot about how the environmental movement really co-opted a lot of the successful protest strategies from the civil rights movement, but without the people from the civil rights movement.

Environmentalism was largely a white, middle- and upper-class movement that wasn’t super intersectional. Then after that, in the 80s, we see an emergence of a primarily BIPOC-led environmental justice movement that is trying to address some of the inequity in environmental policy that was really facing Black and brown communities.

I think having that context would be really important because the way that it was taught to me was like, ‘there was this environmental movement and it just happened,’ but no kind of nod to the civil rights movement. There was not much exploration into the environmental justice movement either, which didn’t receive a whole lot of attention, and I think that it should.

That’s one thing I wish we would’ve talked about more. I also think bringing in social justice into environmental programs in some capacity is really important, and not just as a section or a chapter of a book, but having a whole class that is a requirement. I think that social justice is so intertwined with environmental outcomes.

How can folks best support you and your work at the Intersectional Environmentalist, the nonprofit organization you founded?

By engaging with our content online and sharing it with teachers and professors. I love it when our materials are adopted in the classroom setting. If we have a new initiative, try to join if you can. Also, donating really helps. We are a 501(c)(3) organization, and we want to make sure we are paying everyone a living wage. That’s what we’re striving towards because we also want to show that environmental justice work should be compensated fairly. There should be more and more careers in this space. Amplifying, donating, sharing, and joining us are ways to support.

What advice would you give to the next generation of activists who want to get involved in the intersectional climate movement? Where can they start?

I would say learning is the first step and, honestly, the most fun step. Learning about the history of the environmental justice movement and learning about those cool heroes who deserve to have their place in environmental history. It’s also really important for folks to figure out and get involved with what’s going on in their local communities. You might be surprised, if say, thirty minutes down the highway the air pollution is completely different. Overall, people should look at their local communities, educate themselves, and really have fun with it.

One way that people can educate themselves is by reading your forthcoming book, The Intersectional Environmentalist: How to Dismantle Systems of Oppression to Protect People + Planet. Could you please tell us more about that?

When I wrote it, I was really thinking about what I wanted when I was a young, Black environmental science student. I tried my best to put some of that in the book.

This book is really a history book in some ways; it talks about eco-feminism and intersectional theory. It talks about the ‘father’ and ‘mother’ of the environmental justice movement. Readers will hear from diverse people around the world about how they practice environmentalism and explore these perspectives from a nuanced approach.

Sophie Capshaw-Mack is an alumna of the Master of Public Administration in Environmental Science and Policy (MPA-ESP) program at Columbia University. You can read more of her stories here. 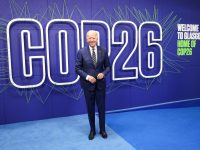 A Dozen Things That Helped and Hurt Climate Progress in 2021 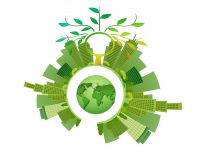 The insights that we already have the solutions at hand to solve our major environmental and ecological crises and that the most powerful institutions overcomplicate solutions to climate change is correct. Shell Oil, using the company named by Leah Thomas, touts an overly complicated carbon capture and storage (CCS) scheme to reduce atmospheric carbon. It’s highly debatable if CCS is effective but what is not debatable here is the naked profit ambitions by burning their petroleum candle at both ends.

I would caution on language and labels in urgent communications to motivate action. I agree that the conceptual underpinnings of intersectional environmentalist is an important innovation in our approach to understanding and developing solutions to the crises we find ourselves in. However, important constituencies can’t quickly adapt to the new academic terminology and, unfortunately, it becomes a wedge. I saw this in Leah’s recent collaboration for Meta, the social media company, where her title as an intersectional environmentalist was met with derisive, if ignorant, comments.