Highlights From the 2022 Lamont Open House

On Saturday, October 8, more than 1,500 visitors of all ages came out to Open House at Columbia Climate School’s Lamont-Doherty Earth Observatory. There, they played with glacial goo, watched trash cans erupt with water and ping pong balls, and performed hands-on science experiments — all while learning about how Lamont researchers help us to better understand our planet, from the bottom of the ocean to the top of the atmosphere. Below are a few highlights from the 2022 Open House. 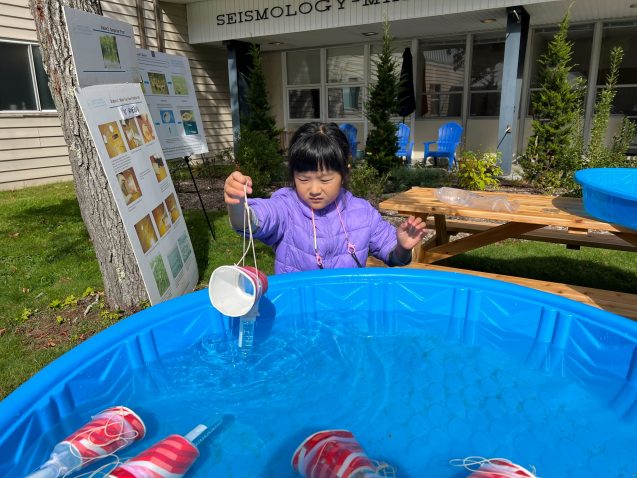 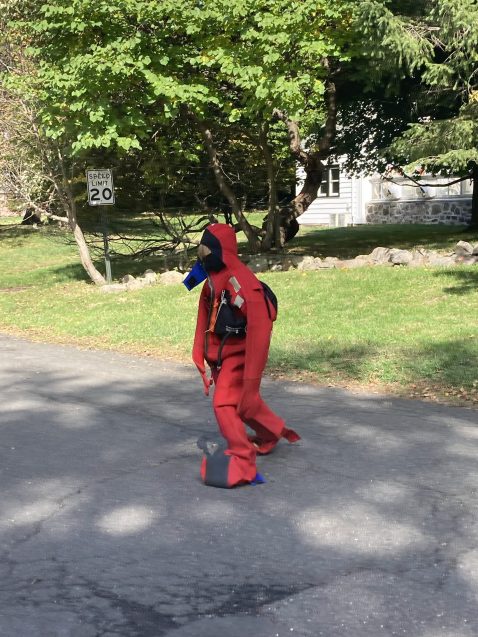 A child tests out an important type of survival equipment, commonly called the “Gumby” suit for its resemblance to the children’s toy. Photo: Olga Rukovets

Huge nerd out moment visiting the @CoreRepository at @LamontEarth today. Millions of years of biogeochemical history stored and translated through science. It doesn’t get cooler than that. pic.twitter.com/ky4Z4i4GpQ 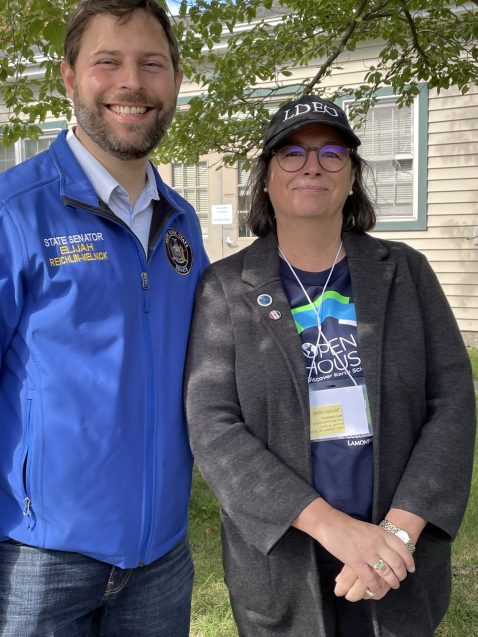 New York State Senator Elijah Reichlin-Melnick was in attendance. Here he is with Maureen Raymo, director of the Lamont-Doherty Earth Observatory and co-founding dean of the Columbia Climate School. Photo: Janice Savage 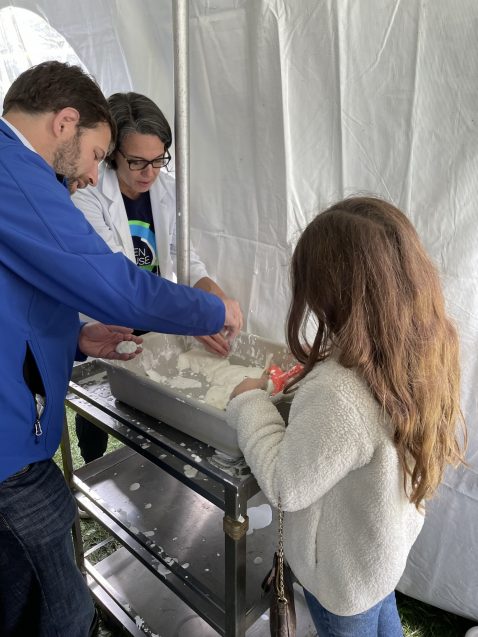 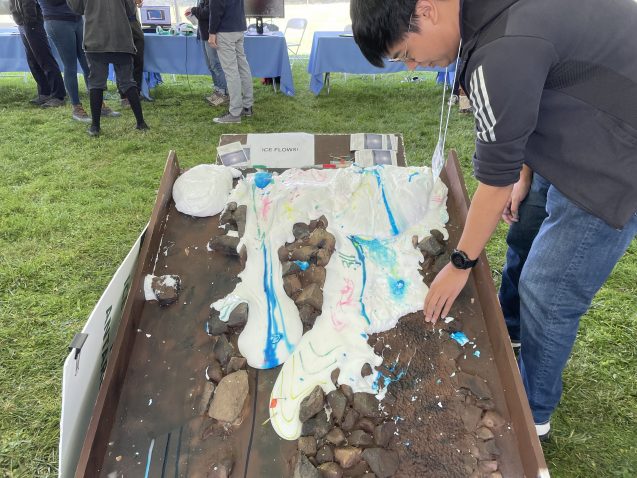 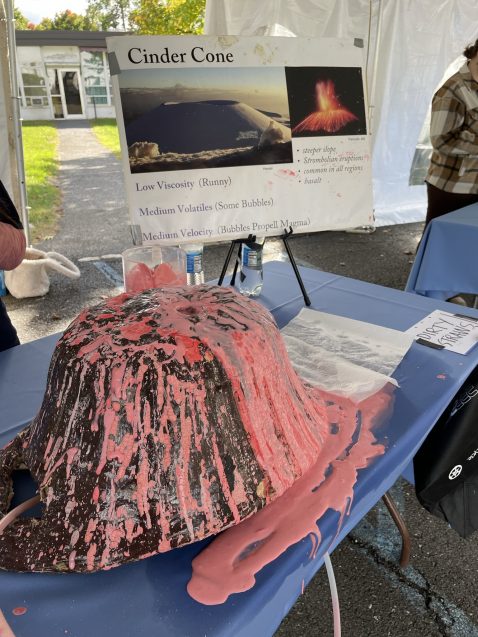 A model of a cinder cone volcano, the most common type of volcano in the world. Photo: Tara Spinelli

Above: Volcanologist Einat Lev and her colleagues shared this incredible high-resolution drone footage of the Fagradalsfjall volcanic eruption of 2021. 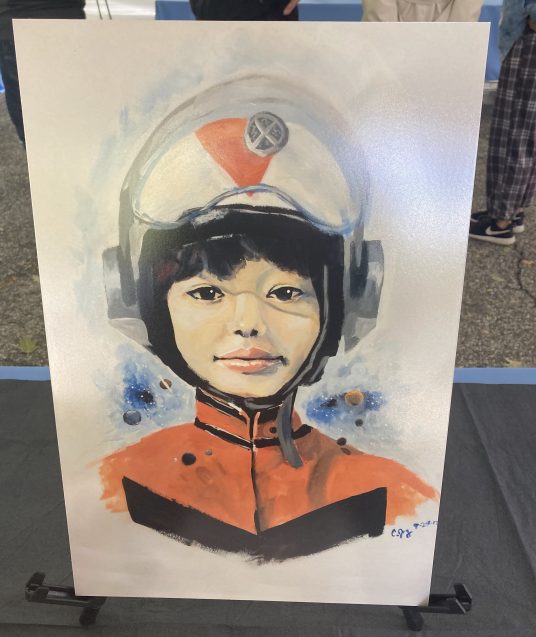 PhD student Caroline Juang shared some of her artwork, which is aimed at promoting diversity and inclusivity in the STEM fields. Read more about her work. Photo: Olga Ruskovets 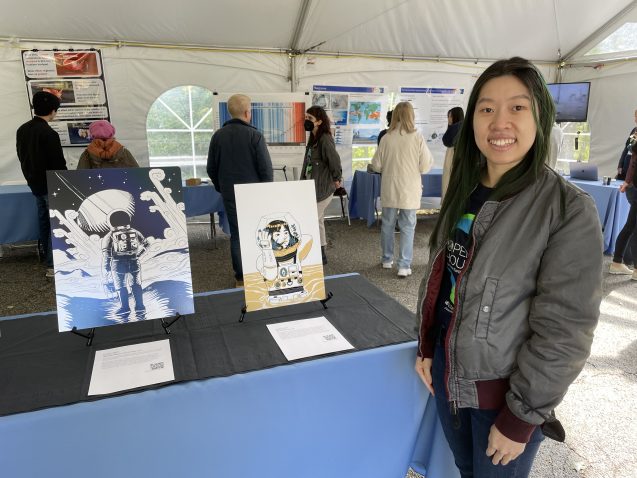 The artist and scientist Caroline Juang poses with a few of her pieces that were on exhibit. Photo: Sarah Fecht

A balloon popping underwater shows how hydrophones record sounds under water. (Watch the computer screen to see the sound levels spike.) By emitting sound waves toward the ocean floor, and measuring how they get reflected, scientists at Lamont are able to explore what the seafloor looks like, and peer at the rock layers beneath. 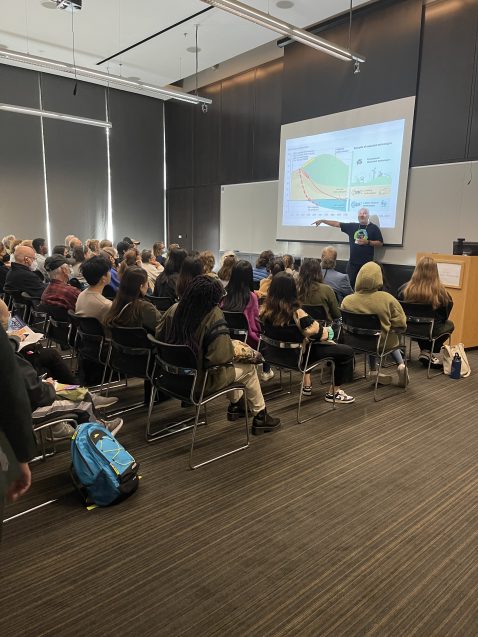 It was a full house for Martin Stute’s lecture about turning CO2 to stone. Photo: Caroline Adelman 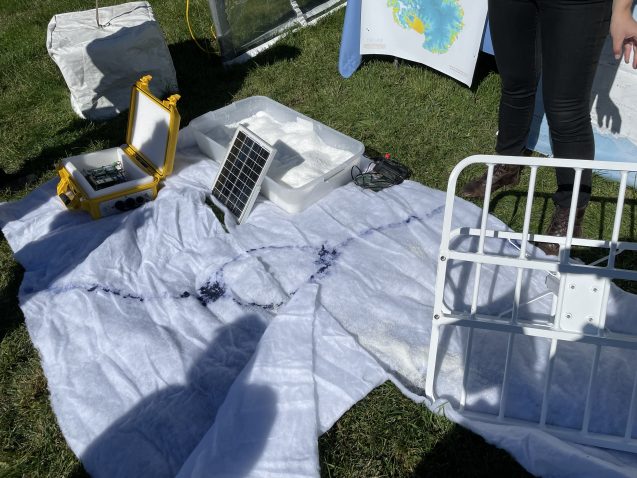 Glaciologist Indrani Das and her team showed off real equipment that’s used to study the structure of glaciers all the way down to their underlying bedrock. Photo: Sarah Fecht 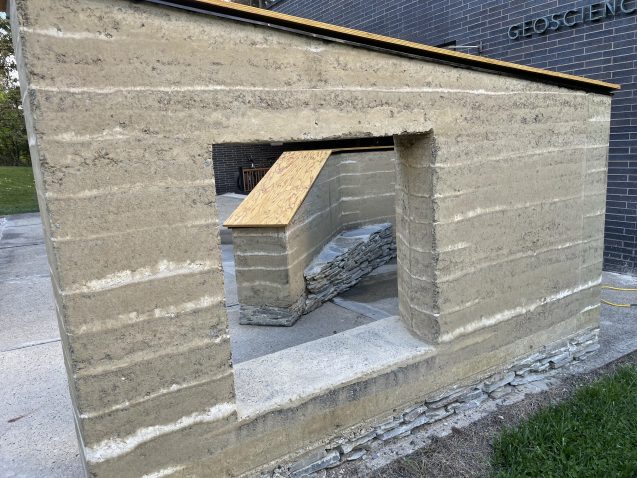 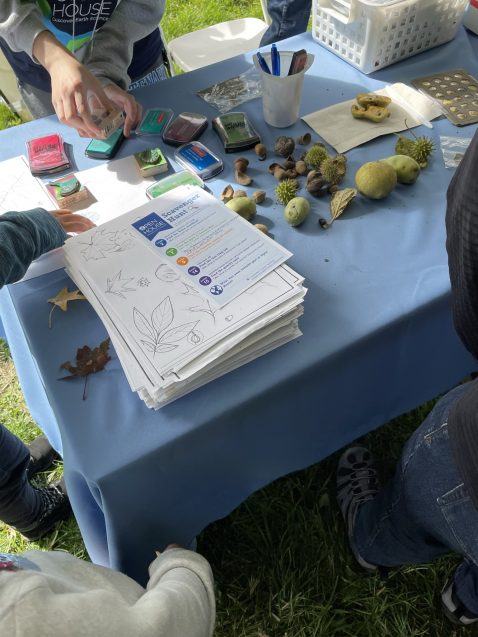 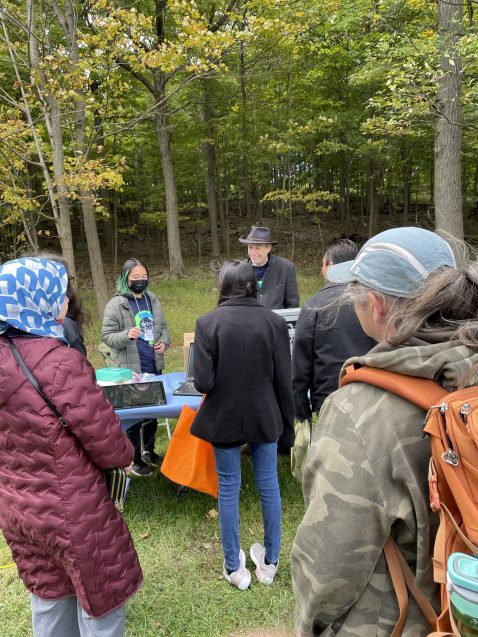 Visitors brought soil and paint samples from their homes and neighborhoods for lead testing by Lex van Geen and his students. Photo: Tara Spinelli 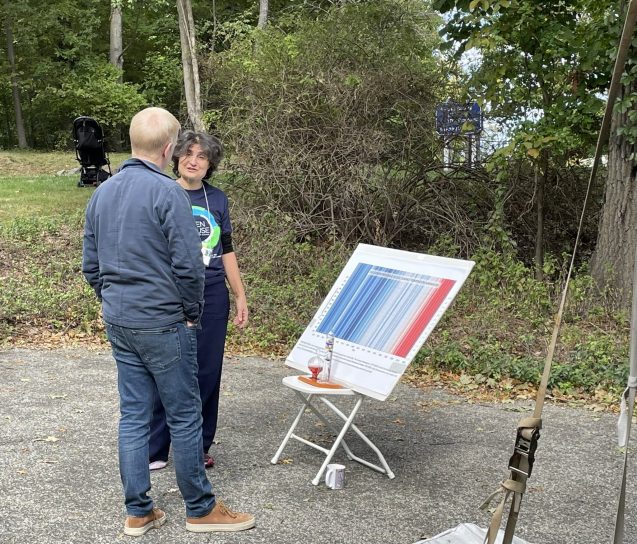 A poster shows how surface temperatures have been increasing since the 1850s. Photo: Suzana Camargo 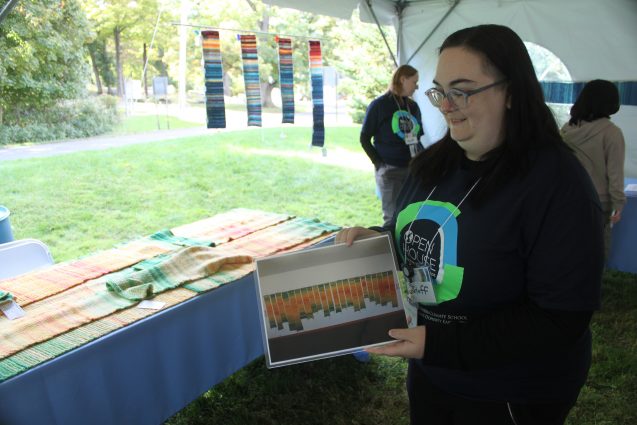 In a new exhibit, the Tempestry Project shared how they translate climate data into impactful knitted visualizations. Photo: Elisabeth Sydor 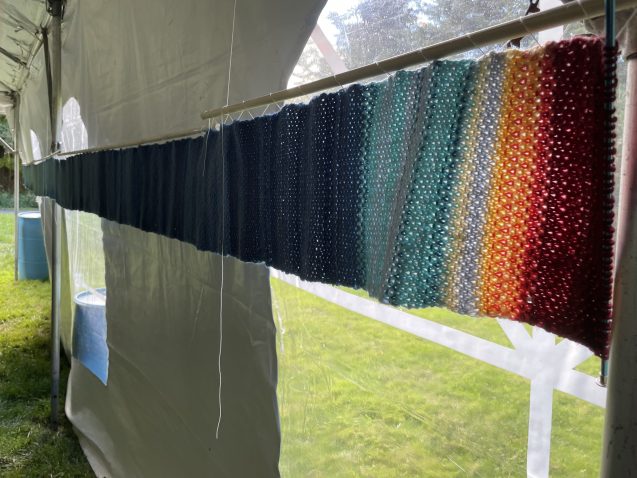 A loooong tapestry shows global temperatures starting in the year 1 AD (left) all the way up to modern times. Photo: Sarah Fecht

Each line in this piece, created by the Tempestry Project, represents one year of temperature data starting in the year 1 AD. Notice how rapidly things heat up as we get closer to modern times. Beads near the bottom mark every 50 years. Video: Sarah Fecht 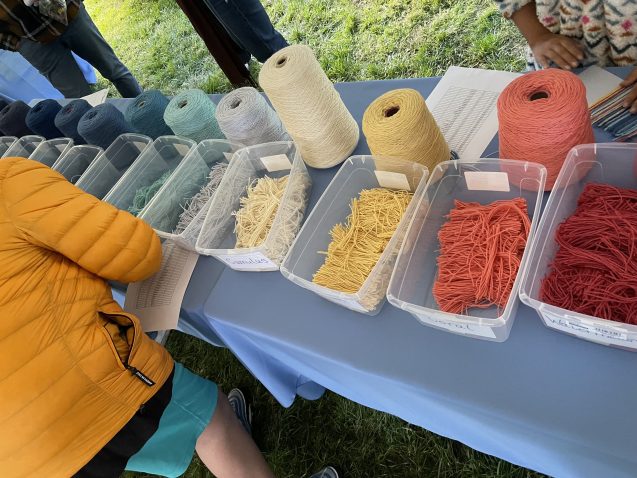 Selecting strings of different colors, visitors made their own temperature reconstructions (see below). Photo: Sarah Fecht 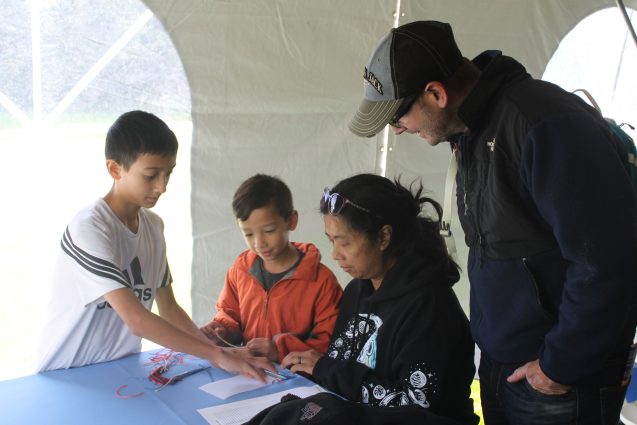 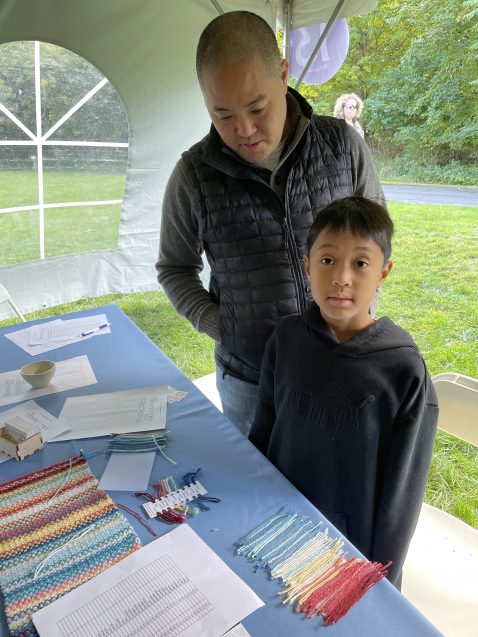 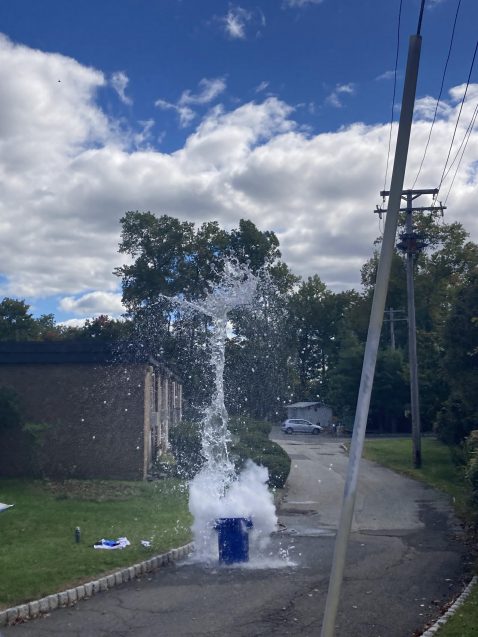 An Open House favorite: a trash can volcano demonstrating the most violent type of volcanic eruption, also known as a Plinian eruption. Photo: Olga Ruskovets

I wouldn’t be surprised if I were told that 20 thousand attended @LamontEarth and @columbiaclimate LDEO Open House where they witnessed swimming plankton, exploding volcanoes, hear seismic sounds, learn how trees tell stories and and so much more. pic.twitter.com/4GaFGLRbI5