By Pushker A. Kharecha and James E. Hansen

Human-caused climate change and air pollution remain major global-scale problems and are both due mostly to fossil fuel burning. Mitigation efforts for both of these problems should be undertaken concurrently in order to maximize effectiveness. Such efforts can be accomplished largely with currently available low-carbon/carbon-free alternative energy sources like nuclear power and renewables as well as energy efficiency improvements.

In our recently published paper, we provide an objective, long-term, quantitative analysis of the effects of nuclear power on human health (mortality) and the environment (climate). We were motivated to write it after witnessing the widespread backlash against nuclear power from much of the world public and some governments following the Fukushima nuclear accident. Several previous scientific papers have quantified global-scale greenhouse gas (GHG) emissions avoided by nuclear power, but to our knowledge, ours is the first to quantify avoided human deaths as well as avoided GHG emissions on global, regional, and national scales. Mean net deaths prevented annually by nuclear power between 19712009 for various countries/regions. Ranges not shown but are a factor of about 4 higher and lower than the mean values.

Our paper demonstrates that without nuclear power, it would have been even harder to mitigate human-caused climate change and air pollution. This is fundamentally because historical energy production data reveal that if nuclear power never existed, the energy it supplied almost certainly would have been supplied by fossil fuels instead (overwhelmingly coal), which cause much higher air pollution-related mortality and GHG emissions per unit energy produced.

Using historical electricity production data and mortality and emission factors from the peer-reviewed scientific literature, we found that despite the three major nuclear accidents the world has experienced — at Three Mile Island, Chernobyl, and Fukushima — nuclear power prevented an average of over 1.8 million net deaths worldwide between 1971-2009. This amounts to at least hundreds and more likely thousands of times more deaths than it caused. An average of 76,000 deaths per year were avoided between 2000-2009.  Likewise, we calculate that nuclear power prevented an average of 64 gigatonnes of CO2-equivalent net GHG emissions globally between 1971-2009. This is about 15 times more emissions than it caused. It is equivalent to the past 35 years or 17 years of CO2 emissions from coal burning in the US or China, respectively. In effect, nuclear energy production has prevented the building of hundreds of large coal-fired power plants.

To compute potential future effects, we started with projected nuclear energy supply for 2010-2050 from an assessment by the UN International Atomic Energy Agency that takes into account the effects of the Fukushima accident. We assumed that all of this projected nuclear energy is canceled and replaced entirely by energy from either coal or natural gas. We calculated that this nuclear phaseout scenario would lead to an average of 420,000 to 7 million deaths and 80–240 gigatonnes of CO2-equivalent net GHG emissions globally. This emissions range corresponds to 16-48% of the “allowable” cumulative CO2 emissions between 2012-2050 if the world chooses to aim for a target atmospheric CO2 concentration of 350 parts per million by around the end of this century. In other words, projected nuclear power could reduce the CO2 mitigation burden for meeting this target by as much as 16–48%.

The largest uncertainties and limitations of our analysis stem from the assumed values for impacts per unit electric energy produced. However, we emphasize that our results for both prevented mortality and prevented GHG emissions could be substantial underestimates, because (among other reasons) our mortality and emission factors are based on analysis of Europe and the US (respectively), and thus neglect the fact that fatal air pollution and GHG emissions from power plants in developing countries are on average substantially higher per unit energy produced than in developed countries.

Our findings also have important implications for large-scale “fuel switching” to natural gas from coal or from nuclear. Although natural gas burning emits less fatal pollution and GHGs than coal burning, it is far deadlier than nuclear power, causing about 40 times more deaths per unit electric energy produced. Also, such fuel switching is practically guaranteed to worsen the climate problem for several reasons. First, carbon capture and storage is an immature technology and is therefore unlikely to constrain the resulting GHG emissions in the necessary time frame. Second, electricity infrastructure generally has a long lifetime (e.g., fossil fuel power plants typically operate for up to 50 years). Third, potentially usable natural gas resources (especially unconventional ones like shale gas) are enormous, containing many hundreds to thousands of gigatonnes of carbon (based on a recent comprehensive assessment. For perspective, the atmosphere currently contains about 830 gigatonnes of carbon, of which 200 gigatonnes are from industrial-era fossil fuel burning.

We conclude that nuclear energy – despite posing several challenges, as do all energy sources – needs to be retained and significantly expanded in order to avoid or minimize the devastating impacts of unabated climate change and air pollution caused by fossil fuel burning.

Pushker Kharecha is an associate research scientist at the NASA Goddard Institute for Space Studies and Columbia University’s Center for Climate Systems Research. James E. Hansen, Goddard’s former director, is an adjunct professor at the Department of Earth and Environmental Sciences at Columbia University. 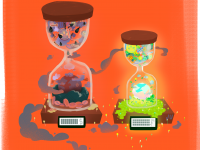 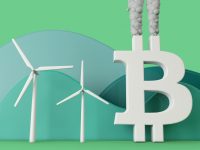