Recovering from conflict is a delicate, finely balanced process requiring firm but visionary hands on the tiller. When the memory of conflict is still raw and painful, one wrong move could allow violence to break out and take hold once more. Colombia is on the brink of plunging into conflict. Again.

Colombia’s fragile peace process has proven to be an unlikely ally in the destruction of the country’s sensitive ecosystem. The peace deal signed in 2016 and the subsequent demobilization of the Revolutionary Armed Forces of Colombia (FARC) enabled state-owned and multinational corporations to access areas of the country that were hitherto ravaged by a devastating civil war. The government, desperate to exploit the country’s legitimate resources, is engaged in a high stakes project. If managed inadequately, the government’s attempt at unlocking Colombia’s oil and gas deposits might precipitate another wave of violence due to environmental discord.

Colombia’s economy is highly dependent on oil and gas exports and its proven reserves are drying up. Anticipating this lifeline to its economy to be depleted by 2025, the government, earlier this year, decided to legalize and promote the extraction of unconventional hydrocarbons by means of hydraulic fracturing, commonly known as fracking, to fill the anticipated budgetary void left by conventional oil and gas. The policy is controversial, unpopular and stirring up latent resentments.

Growing social and environmental protests are fueling concerns that socio-environmental conflicts could flare up in areas that have just begun to recover from the long and costly path to peace. Communities, impoverished and neglected by decades of conflict, are faced with an influx of heavy machinery, expropriation and looming environmental destruction. Their livelihoods are threatening to slip away again, this time claimed by state-led efforts to explore for natural resources. In defense, communities are protesting and allying with remnant armed splinter groups. Fracking’s expansion risks aggravating tensions, potentially causing demonstrations against oil and gas drilling to metamorphose into violent clashes between communities and companies. It is conceivable that the accumulation of sporadic flashes of conflict and the fortification of armed groups could spiral into large-scale conflict once more.

To an external observer, the number of times the Colombian people have had to pay the price for peace in their country is difficult to grasp. The decades-long civil war against the FARC cost hundreds of thousands of lives and displaced millions. Then came the cost of reconciliation, including two heavily contested and deeply dividing referenda that tested citizens’ will to grant former guerrilla fighters a seat at democracy’s table in order to finally achieve peace — a seemingly Faustian bargain. Eventually the peace accord was ratified and the FARC’s demobilized forces integrated into Colombian society.

The conflict also hurt Colombia’s economy, prohibiting the country from fully developing its agricultural capacity and tourist appeal. The military campaign against the guerrilla forces drained state coffers. Colombia, a nation of immense potential, instead of developing and moving forward, slid inexorably backwards, harming itself and wasting valuable human, financial and temporal resources in the process. Instead of investing in vital infrastructure and human capital, governments diverted scarce funds to buttress the country’s armed forces and paramilitary entities. Instead of advancing its potential and attracting external investment, Colombia became notorious shorthand for dysfunction. Violence, organized crime and the illicit production and trafficking of narcotics into the outside world shied foreign capital away.

Paradoxically, however, the occupation of territories by the FARC also served as a deterrent to the exploitation of Colombia’s mineral and hydrocarbon wealth. During the war, security concerns left the territories out of reach for the state and companies to explore for precious resources. Thus, the conflict offered an umbrella of protection from unenlightened government policies and corporate appetite to develop the regions.

The full environmental price tag of peace has not yet been paid. The true long-term costs are only now being accrued. National and international oil majors, like Ecopetrol and ConocoPhillips or Exxon Mobil, respectively, have begun to scramble for Colombia’s unconventional oil resources, with the first sites already under preparation. The first fracking projects are intended to be carried out in Magdalena Medio, a region in the North of the country that was among the hardest hit by conflict.

The debate about whether fracking should be pursued in Colombia has been on the agenda since 2012, but the opportune combination of higher security in remote regions and the expected depletion of conventional oil reserves has led to the breakthrough that will bring fracking to the Amazon. The Amazon Basin is an ecological resource of global importance; fracking’s influence will be felt far beyond Colombia’s borders.

Exploiting unconventional oil and gas reserves has conceivably detrimental ramifications for the Colombian rainforest’s delicate environment, which is home to 14 percent of the world’s biodiversity. Fracking is associated with increased seismic activity and contaminated ground water resources, as the technique requires toxic chemicals to fracture the oil-bearing rocks that lie beneath the sensitive Amazonian top layers. In some countries, fracking has led to negative implications for human and ecosystem health. Countries like France and Germany have for these reasons outlawed the practice.

Colombia has finally achieved peace. It is an imperfect peace; recurring episodes of violence continue to plague many parts of the country. The price Colombians had to pay for this fragile control has been multidimensional and substantial. One of the dividends of peace is having the stability to implement mature and responsible policies. Colombia’s government must tread carefully when bargaining with the country’s environmental wealth for short-term economic gain. The tensions in post-conflict regions are mounting. Socio-environmental conflict is a real threat. It is a threat that Colombians cannot afford. Not again.

Based in Colombia and the U.S., Alexander Rustler is a researcher at the Columbia Center on Sustainable Investment, specializing in the politics of extractive industries in Latin America. He is a Lemann Foundation Fellow and MPA in Development Practice candidate at Columbia University’s School of International and Public Affairs, and holds a masters in political economy from the London School of Economics. 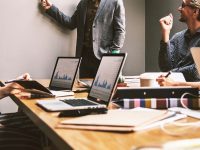 Spring 2023 Internships at the Columbia Center on Sustainable Investment
Subscribe
Login
0 Comments
Inline Feedbacks
View all comments
wpDiscuz
0
0
Would love your thoughts, please comment.x
()
x
| Reply
This website uses cookies as well as similar tools and technologies to understand visitors' experiences. By continuing to use this website, you consent to Columbia University's usage of cookies and similar technologies, in accordance with the Columbia University Website Cookie Notice.Close