Kyrgyzstan Will Move Away From Coal to Hydropower by 2050 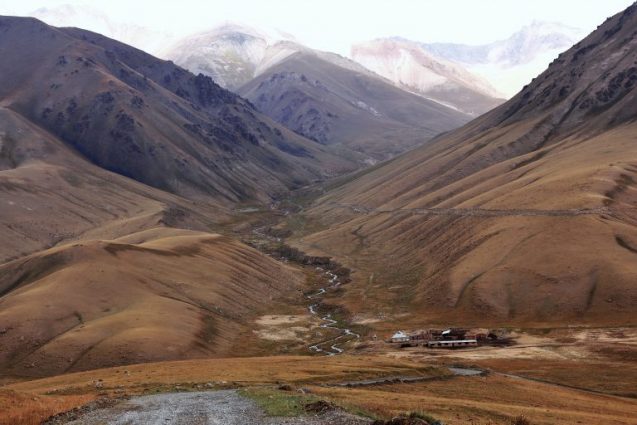 A river flows through a valley in the Tien Shan Mountains, one of the prominent mountain ranges in Kyrgyzstan. Photo: Thomas Depenbusch (Depi) via Wikimedia Commons

At the COP26 summit in Glasgow on November 2, Kyrgyz President Sadyr Japarov made a statement about the transition to an emission-free economy and the impact of climate change on the people of the mountainous areas.

“It is important for Kyrgyzstan to protect its centuries-old glaciers, water resources and great mountains not only from climate change, but also from unscrupulous economic activity. Unfortunately, there are such precedents in Kyrgyzstan, so I urge the international community to work together to oppose business practices which destroys glaciers. Adaptation programs and projects will be implemented in vulnerable sectors such as agriculture, water resources, energy, industry, emergencies, public health, forests and biodiversity. Given that ninety-four percent of our country is mountainous, the scale of the work ahead is enormous. Their implementation will cost almost three billion US dollars” he said.

Japarov said the negative effects of climate change were being felt by the country’s nature and people, and that Bishkek would live up to the goals of the Paris Agreement. He added that Kyrgyzstan will continue to participate responsibly and comprehensively in the global campaign to mitigate climate change as part of its nationally defined policy until 2030. 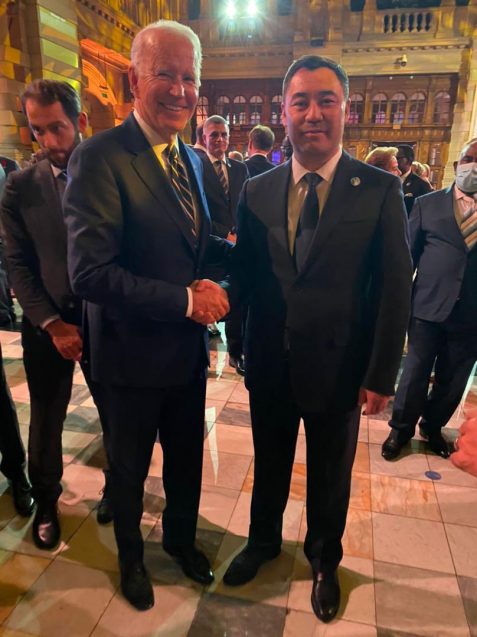 “Kyrgyzstan aims to reduce greenhouse gas emissions by 44 percent by 2030. Today, the share of our country in the structure of world emissions is small, about 0.03 percent. The nature of emissions is an anthropogenic. We estimate that $7 billion will be needed to implement medium-term emergency measures to combat climate change. By 2050, Kyrgyzstan is aiming to achieve a carbon-free green development platform. Renewable energy sources, especially hydropower, will be the locomotive of carbon-free policy. We have launched projects to build small and medium-sized hydropower plants to eliminate the use of carbon energy sources, primarily coal and fuel oil, and to fully convert it into electricity, without harming the environment and the industrial sector and housing and communal services.”

According to the Central Asian Institute for Applied Earth Studies, the area of glaciers in Kyrgyzstan has decreased by 16 percent over the past 70 years. Scientists’ predictions for the future are not encouraging.

By 2100, small glaciers will have completely melted, and the area of white snow and blue ice could be reduced by up to 50 percent. Over the past 50 years, the area of glaciers have shrunk by 6,683 square kilometers, or 16-17 percent.

“The problems I have described in terms of the negative effects of climate change are largely inherent in many mountainous countries. To address them, governments, including the government of Kyrgyzstan, need external assistance. “We propose to establish a special fund under the auspices of the United Nations to implement targeted programs on climate change adaptation, with an emphasis on the conservation of glaciers, forests and biodiversity, improved disaster preparedness, and socio-economic support for mountain communities, especially women and children,” said President Japarov.

Mountains covered with white snow and blue ice make up four percent of the total area of Kyrgyzstan. Kyrgyzstan accounts for 45 percent of the glaciers in Central Asia. At the same time, there are disagreements over the distribution and use of water in the region—tensions which are likely to grow stronger as water becomes scarcer and temperatures rise.