Beyond Climate Change: What Happens Once We Control the Global Thermostat? 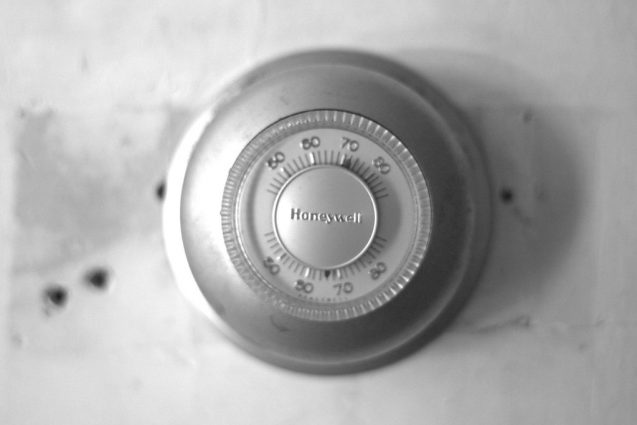 I’ve started this post a dozen times over the last six months, and each time I’ve been able to start with some new, black-swan weather event that almost certainly has been influenced by climate change. The only thing as prevalent as weird weather, meanwhile, seems to be how often those in power fail to take enough action on climate change (see: COP26).

Spend time immersed in the field, or even just reading articles, and many themes are appropriately clear: Climate change is here. It’s unjust. It was preventable. It will likely get worse. A narrative I don’t hear often, though, is that working to stop climate change is not only possible, it’s exciting. The technologies we are developing today to slow and even reverse climate change mean something monumental for the history of people and the planet: for the first time, we will be purposely in charge of the planet’s thermostat.

I get to speak from a privileged position. For the past several years I’ve been investing in startups that have positive ecosystem and climate impacts. Some are working on electrification and efficiency, to reduce the need for oil and gas in the first place. Others are finding ways to capture oceanic or atmospheric carbon dioxide efficiently, so we can not only stop emissions, but have a chance to return our atmospheric levels to the ~280 parts per million (PPM) that almost all of human civilization has known until recently.

My investments are only a small part of a broader movement; climate investment from venture capital has grown 3,750% since 2013, while environmentally and socially responsible investing has ballooned to $30 trillion a year. This enables an entire ecosystem of new businesses that couldn’t have existed a decade ago. An unknown is whether this phenomenon will look like a bubble (as with the clean tech bubble of the early aughts), or whether the disruptive power of climate change is so strong that this market trend is here to stay.

Personally, I’m bullish. My underpinning rationale is as follows:

I doubt I’ll see 280 PPM in my lifetime, but I won’t give up hoping. It’s extremely possible, though, that I could live to see us go backward in atmospheric CO2 for the first time, which would be an unbelievable feat. It would mean that for the first time on Earth, a species will be deliberately regulating the atmosphere. It would be a collective accomplishment unlike any our species has achieved before, and it would benefit not only us, but many of the other nonhuman inhabitants of this weird, wonderful space rock.

Make no mistake, though: humans already are regulating our atmosphere. We’re just terrible at it. We’re using the atmosphere kind of like a bathtub that only pours hot water, and a few of us have far too much control of the handle.

The future will instead be distributed. If we all can agree to an ideal CO2 setting — no easy feat, I’m sure — dozens, hundreds, maybe thousands of concurrent projects will have a role in drawing down CO2 when we go above the number, and emitting CO2 again when we dip below it. Some projects will work better than others. Some will leverage new technology, others Indigenous practices that date back millennia. This process will need to be inclusive, and somehow, we’ll have to find ways to carefully balance all these different inputs and outputs, much like an orchestra conductor, to maintain an optimal global temperature.

When this transition happens, it will be slightly bittersweet. Earth’s weather will still be unpredictable, but its atmospheric CO2 levels, which have varied throughout billions of years, may be permanently static. From that point to as long as humans inhabit Earth, we will necessarily assume the role of caretakers, and in all likelihood we’ll optimize Earth’s conditions for us. This stability seems worthwhile, but who knows what directions evolution might have taken without our (someday) steady hand.

The benefits of these technologies won’t stop on our planet, though. Every tool we develop and perfect to regulate our own atmosphere may one day prove just as useful to future spacefaring humans, who could repurpose them to terraform other planets. I often hear friends bemoan humans’ proclivity for destruction; in this case, we would be the first species to create entirely new worlds for life on Earth to inhabit. Pretty cool.

Working to stop climate change is an urgent, moral imperative. But for my money, there’s nothing more exciting.

Fantastical wishful thinking. 280 ppm is a distant memory & will likely never be seen again – ever – by our species. 350 ppm might be a slightly more realistic target for the next millennia, but all the evidence indicates our predicament remains informed helplessness in the face of monumental challenges to our survival. These include the consequences of global heating, overwhelming invasive pollution, biodiversity loss, habitat destruction, & overshoot of the planet’s carrying capacity by uncontrolled population growth & resource depletion. Several miracles are thus required, which may be beyond the limits of our technology, & on current evidence are well beyond the collective mindset & will of failing nations.

“The CO2 levels of the “Goldilocks period” most of humanity has existed through (roughly the past 10,000 years, which saw the development of agriculture and cities)…… “

Let’s not forget, the “Goldilocks period” for humanity has been a dark age for non-humans. 10,000 years of death and destruction:

“It’s been calculated that, since the rise of human civilization, Earth has lost 83 percent of its wild mammals, 80 percent of marine mammals, and about half the biomass of trees and plants—a worldwide elimination of life’s abundance that has been aptly named by biologist Norman Myers “the Great Dying.””