Adapted from a story in the Lamont-Doherty Earth Observatory 2021 Annual Report. 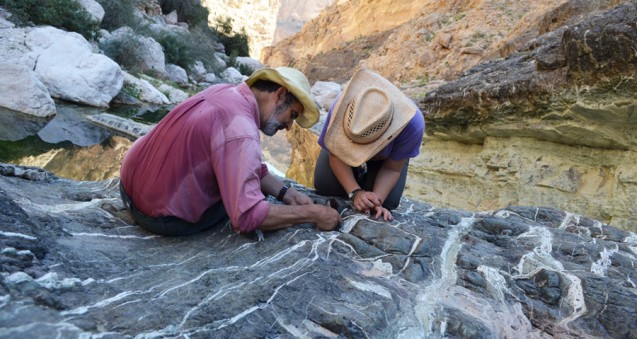 Carbon dioxide (CO2) levels today are higher than at any point in the past 800,000 years or more.

During a year when terms like carbon neutrality and net zero have become more and more commonly used, it appears the world is waking up to the imperative underscored in every high-level climate assessment—humanity needs to make a drastic change to stem the most catastrophic climate change consequences.

Climate impacts are happening more quickly than many scientists had predicted. Greenhouse gases are making the planet hotter. That rise in temperature is disrupting the weather and climate system in profound and cascading ways.

In its 2020 report, The UN Environmental Programme (UNEP) concluded that despite a slight dip in atmospheric CO2 created by the pandemic lock down in 2019, “the world is still heading for a catastrophic temperature rise in excess of 3°C this century—far beyond the Paris Agreement goals of limiting global warming to well below 2°C and pursuing 1.5°C.” It goes on to say, to avoid the worst consequences of global warming, we need to remove 10 billion tons of CO2 from the air by 2050.

In other words, in addition to drastically cutting global fossil fuel emissions, society needs to develop and use technologies to remove the CO2 already in the atmosphere. This is a huge undertaking, but one that scientists at Lamont-Doherty Earth Observatory have been striving toward for more than a decade.

Decarbonization, the process of capturing CO2 from the air and from industrial processes, has been in various stages of development at Lamont-Doherty for several years. One of many strategies that researchers are developing involves harnessing a natural process by which the Earth itself takes back CO2 from the air.

Geologist Peter B. Kelemen is a research scientist at Lamont-Doherty Earth Observatory and the Arthur D. Storke Memorial Professor in the Department of Earth and Environmental Sciences. He has been a key architect of the Oman Drilling Project, an initiative involving more than 200 international scientists from disciplines such as geophysics, geochemistry, geology, biology, and physics who are working on research topics related to a unique geological feature in the Oman desert. In this region, the oceanic crust and its underlying mantle rocks have been thrust up onto the surface, creating the largest on-land exposure of ocean crust and upper mantle in the world.

Atmospheric CO2 spontaneously reacts with rocks from the Earth’s interior, the mantle, to form “carbonate” minerals, both removing CO2 from air, and permanently storing it in solid form. This is driven by the chemical energy due to disequilibrium between mantle rocks and the atmosphere.

Kelemen studies the chemical and physical processes of reaction between fluids and rocks. His primary focus now is on CO2 removal from air and permanent storage via engineered methods that emulate natural carbon mineralization. While his work in this area began in 2006, during fiscal year 2020, his discoveries have begun to fuel exciting industry investment and commercialization.

“We wanted to figure out the cheapest way to take carbon dioxide out of the air and we came up with something very simple: Take limestone, cook it. Now you have CO2, to store or use, and calcium oxide. Put the CaO out in the weather. It will draw down CO2 from air, to make limestone again. Repeat. This is so simple, it is almost stupid. But we are finding that we can convert 75 percent of CaO to limestone in less than two weeks, just reacting with air in the lab. And, because the process is so simple, it currently has the lowest peer-reviewed cost estimate, of any proposed method for direct air capture.”

Two start-up companies are putting Kelemen’s innovation to work. Heirloom Carbon Technologies based in California is committed to removing one billion tons of CO2 from the air by 2035 by “looping” CaO and CaCO3, as described above.

Meanwhile, 44.01, based in Oman, is focusing on storing CO2 removed from air, by forming solid carbonate minerals below the surface.

Both represent a profound advancement in the practical application of decarbonization science.

“It’s the most promising I’ve seen so far. And so it’s very gratifying to finally see these things moving toward tests on the field scale,“ said Kelemen. 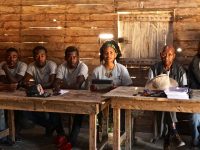 Cataloging the Past for Clues to Future Climate Adaptation 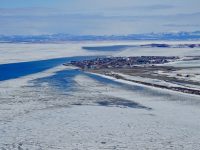 Yikes. Regarding – “Take limestone, cook it. ” Cook it? How? With coal or fossil fuels? Electrical cooking – where does that come from? Even quarrying the limestone takes energy.

Woops. Back to Thermodynamics 101 for Kelemen.

We are acting like junkies, trying to find ridiculous excuses to continue abusing. Our insane dependency on fossil fuels and our outdated concept of development is destroying our environment, leading to the extinction of millions of species an to our own misery and demise. It’s now the time to stop playing games and realize that we need to radically reduce our energy consumption, increase our efficiency in everything we do and to invest heavily in ecosystem regeneration. This is the only economically and energetically realistic, feasible, proven, sustainable way to revert the social and environmental damage. We cannot afford to wait one more minute.