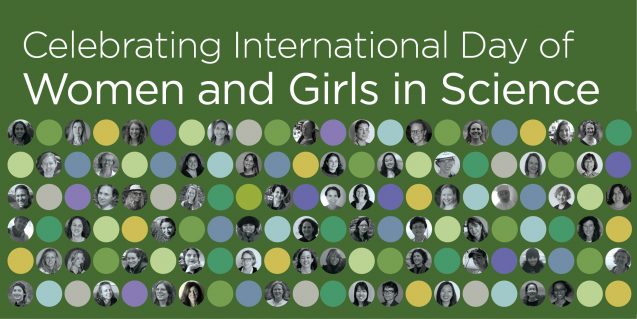 February 11 is the International Day of Women and Girls in Science, which raises awareness about the barriers and disparities that women and girls still face in participating in STEM fields. Shown here are a few of the woman researchers with the Columbia Climate School.

In 1856, amateur scientist Eunice Newton Foote’s paper “Circumstances Affecting the Heat of the Sun’s Rays,” was published in the American Journal of Science and Arts. It described her experiment comparing two glass cylinders, one filled with CO2 and the other with moist air, as they sat in the sun. Her discovery—that the CO2-filled cylinder became much hotter than the other—was the basis for understanding the greenhouse gas effect, and its potential to produce climate change. 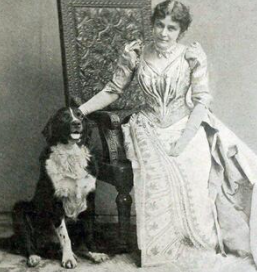 Foote wrote, “An atmosphere of that gas would give to our earth a high temperature; and if as some suppose, at one period of its history the air had mixed with it a larger proportion than at present, an increased temperature from its own action as well as from increased weight must have necessarily resulted.”

However, it is Irish physicist John Tyndall, who made the discovery about the greenhouse gas effect three years later, who is considered the founding father of climate change science. As a recognized scientist, Tyndall had access to more resources and stronger connections to the largely male network of scientists than Foote, and was thus better able to deepen and expand his research.

Today, women scientists continue to face unequal access to resources and opportunity and are underrepresented in their fields, including climate science. This lack of gender diversity shapes which scientific questions get answered — and which ones don’t — and could have implications for women around the world who face unique challenges from climate change.

Only about 30 percent of the world’s researchers are women, with fewer holding senior positions.

These inequities and specific obstacles women face help explain why there are only 122 women on Reuters Hot List of the world’s 1000 top climate scientists. Among the top 100 scientific papers in the last five years, less than half were authored by women, with only 12 papers having female lead authors.

There has been some progress for women climate scientists, however. When the Intergovernmental Panel on Climate Change’s (IPCC) first assessment was published in 1990, female authors comprised 8 percent; by 2021 their ranks had risen to 33 percent. In addition, for the IPCC’s Special Report on 1.5°C in 2018, female authors comprised 38 percent. The IPCC has developed a gender plan to increase these numbers by providing equal opportunities for participation and leadership, a gender-inclusive environment, and more training and guidance to raise awareness.

Why this matters for climate science

As the impacts of climate change worsen, conditions for women around the world are worsening. Climate change is a threat multiplier, exacerbating conditions for vulnerable populations, and women are often the most vulnerable because they make up 70 percent of the world’s poor. Women suffer the most from the direct and indirect effects of climate change because they have less access to resources, education, and decision-making power than men, and are often the most dependent on natural resources for their livelihood. 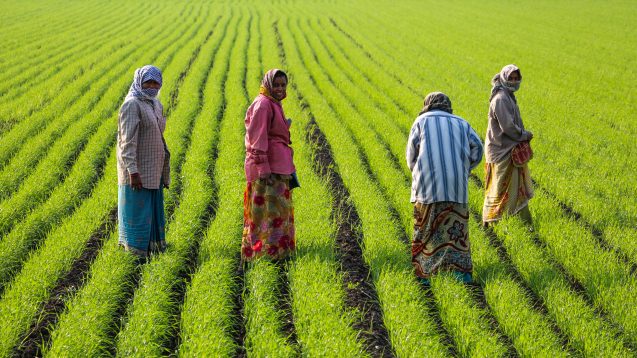 Female farmers are responsible for 45 to 80 percent of food production in developing countries, but in half the countries of the world, they are denied land rights. They are also often prevented from borrowing money, which could enable them to access skills training, fertilizer, better seeds, and the tools that would help increase their crop yields. According to the UN Food and Agriculture Organization, if women had the same access to resources as men, they could raise their yields by 20 to 30 percent.

In rural communities, women and girls are the ones who fetch water for cooking, cleaning, and gardens, and wood for fuel. 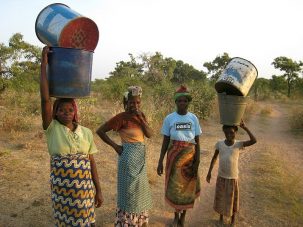 Droughts, floods, and heat waves intensified by climate change mean these tasks are becoming more difficult and time consuming, leaving women less time to pursue their education or other sources of income, and impacting their health. And when climate change impacts affect food supplies and cause food shortages, the health of women and girls is more affected than that of men. The economic stress caused by climate impacts can also mean less money for medication and for pregnant women to get the care they need. Moreover, in natural disasters, more women than men die because they have less savings or property to deal with the impacts and must shelter in unsafe places. Lack of assets and restrictions on their human rights may also prevent them from moving to safer locations.

More female climate scientists in the mix could potentially mean an increased emphasis on understanding and providing solutions for some of these far-reaching implications of climate change.

The classic tropes about women are that they are better collaborators, particularly in negotiation, may be more responsive to the vulnerable, and are more sensitive to nature. These assumptions are sometimes given to explain why climate science needs more women scientists at the table.

While women may tend to have strong emotional intelligence, paleoclimatologist Maureen Raymo, co-founding dean of the Columbia Climate School and director of the Lamont-Doherty Earth Observatory, believes there is no fundamental difference between scientists based on gender. 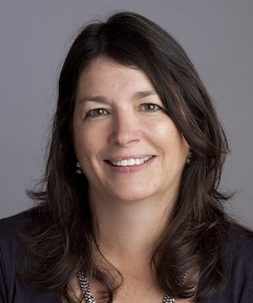 In fact, these tropes can be used to disguise the real issue for women and minorities—inequity. “I think you should be hiring minorities and women, not to improve your group dynamics, but because they deserve to be hired,” she said. “The imperative of hiring fairly is that everybody has a shot at being their best self and in bringing their brilliant ideas and unique perspectives to the table. Fostering healthy group dynamics is everyone’s responsibility—we all need to do the work of making sure diverse perspectives come together in collaborative and productive ways.”

Ruth Defries, a professor of sustainable development and a co-founding dean of the Columbia Climate School, did not feel she could generalize about the different characteristics of men and women either. 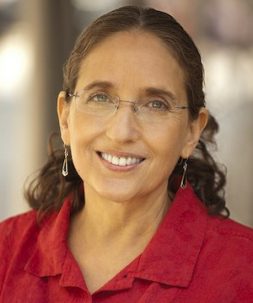 Diversified research groups have been shown to publish more articles and receive more citations. This is likely because people of different backgrounds may investigate different questions, or approach the same question in different ways, which can provide new insights. A more diverse research team could also correct biases that might persist in research done by an entrenched homogenous group since how scientists seek answers can be heavily influenced by their values and experiences.

Climate change is a complex challenge. To meet it, it’s essential to consider diverse perspectives, ask questions from different angles and come up with a variety of solutions.

“Science advances with passionate people and their creative ideas,” said Raymo. “By not hiring equitably, you’re decreasing the chances of finding the brilliant people that are out there and have incredible untapped potential.”

Meet some of the women scientists at Lamont-Doherty Earth Observatory in the video below; read about others from DEES, IRI and CIESIN; and learn how Columbia University is promoting women in science.