Reporting on the Climate Apocalypse: An Interview With Brian Kahn

In honor of Earth Day on April 22, Columbia Climate School has a variety of great events and stories lined up for you. Learn more on our Earth Day website. 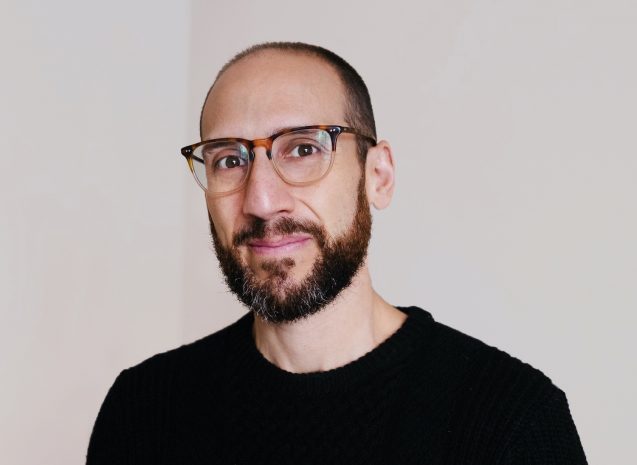 Brian Kahn is a graduate of Columbia University’s Climate and Society program. He now works as a climate journalist and an instructor within the program.

Brian Kahn, 41, is a journalist with a 10-year career covering climate change for the Wall Street Journal, Climate Central, Earther, and Protocol.

Twelve years ago, he was a park ranger focused on preserving the National Elk Refuge in Wyoming and seeing his impact in real-time.

Outside pressures brought him to Columbia University to study the relationship between people and the climate in the M.A. in Climate and Society program.

There, he evolved his mindset from protecting resources within the boundaries of national parks to disentangling the complex economic and political systems that threaten them. He now teaches Climate and Society students how to apply classroom lessons of climate science, policy, and communications.

We spoke via Zoom before he began his day teleworking as climate editor for the technology publication Protocol. An edited and condensed version of our conversation follows.

You’ve described yourself as a journalist on the apocalypse beat. Could you tell me about that?

I’ve always felt that my role and my reporting has been kind of on the front line of the apocalypse. Like we’re heading towards it. We’re not there yet, we can still, you know, sort of change the course of things.

You call climate change “easily the world’s most important issue.” Why do you think that is?

We have a lot of issues to deal with right now, but this one stands out to me as the biggest, especially because, if we don’t address it, it’s game over for society and civilization as we know it.

We know there are solutions. We know the problem and the risk that it poses to keep doing [business as usual]. And yet, we’re still on this course.

How do you think the media falls short on climate?

I find it really frustrating that we’re still locked in this political debate rather than one that’s, at the end of the day, a physics debate.

If we’re talking about a commitment to telling the truth in journalism and we’re thinking about what reality is, then I think we need to break out of that political mindset and say, “Okay, if this is what the science says we need to do and the middle isn’t going to get that done, and certainly, the Republicans and the Joe Manchins of the world don’t want to get this done, then who are the realists here? And what is the more right position to take on this?”

Your writing is unique. Where do you find inspiration?

Looking at what’s going on in the world. I try to find the things that are happening in the world that people are maybe already relating to or questioning or trying to think about. By putting that climate lens on it and helping people understand the context of what’s happening, they can then process it in their own lives: how climate slides in and latches into our culture and is changing it right now.

Do you think it’s worth engaging with climate deniers through your work?

There are already so many people that are engaged with this issue or want to be and just don’t have the full grasp of how to latch onto it. When it comes to connecting to people, those are the ones that I want to reach out to. They’re easily winnable and given the timeframe that we need right now to push political action and make things happen, that’s a lot shorter road to walk.

Looking back on your career in journalism, do you have any big regrets?

I wrote a piece on Exxon being dropped from the Dow Jones Industrial Average, and they’d been there for 92 years. I don’t want to say it was like, “Hell yeah, screw Exxon!” but it didn’t mention some things I wish it had, like the idea of a just transition for workers or the risk it would pose to people who rely on Exxon to make their living.

It ended up making it onto Google News, which means it reached well beyond the normal audience that we would reach, which means a lot of people that maybe disagreed with me read the piece and sent an incredible deluge, I mean probably a hundred or so messages over the course of a couple of days.

There’s a lot of value in humility as a journalist, or in any career. When you make a mistake [you should] fess up to it to people. So, I decided to write a follow up piece, because I wrote back to those people that didn’t write me with threats of death or bodily harm and it was really impactful actually.

That story was much more what I wanted to say, so I think there’s always room to improve and make the most of those mistakes.

Do you regularly engage with comments and emails?

I do like to write back to people. I think it’s important.

Even if someone sends me hate mail, I’ll always start with, “Thanks for writing,” and try to use it. It’s a lonely quest, I guess.

I don’t think that my writing back to one person will cause a thousand people to be like, “Oh, journalists are great people, actually.” But I think it’s important to remind people that write to you that you’re human at the end of the day and that their words can be mean and hurtful.

You can still be a decent person and treat them with grace and hopefully they realize that they should do the same to their fellow people here on Earth.

Have you seen a shift in how journalists are perceived throughout your career?

I don’t know what people imagine about me, but when I see some of the emails I get, wow, I would never write this to anyone. Maybe this person wouldn’t either, maybe they just see me as so unworthy of decent treatment that they’re just going to send me this kind of email.

People are much quicker to pull the anger lever because it’s a lot easier to send what you think in the moment compared to when I started writing. Smartphones weren’t as ubiquitous, Twitter was much smaller, and social media in general wasn’t quite as big a deal. It slowed things down a little bit, enough that people were maybe less bad.

Within your sphere of control, how do you construct your own integrity and values as a journalist to combat some of that?

It’s not even necessarily as a journalist. There’s a journalism side and these are also big life rules, big human rules to live by.

As part of that truth telling, it’s important to acknowledge that we all come from different backgrounds and have our biases built in.

I do think it’s important to approach people with empathy and humility and approach the profession and life, in general, that way.

Is there anything else that you’d like to add?

It’s really important to connect with as many people and find as many ins as possible to this issue, because those ins are endless.

Whatever you do, there’s always a chance to connect with someone and help them see things in the world a little bit different. So even if I’m not making that eye-to-eye contact like I did as a park ranger, where I’m like “Yes, mission accomplished,” that’s something I know is happening.

Emily Davis is a student in Columbia Climate School’s M.A. in Climate and Society program. 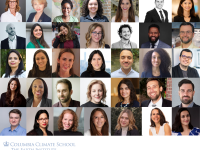 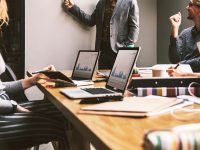 Internship Opening With Climate School Admissions
Subscribe
Login
0 Comments
Inline Feedbacks
View all comments
wpDiscuz
0
0
Would love your thoughts, please comment.x
()
x
| Reply
This website uses cookies as well as similar tools and technologies to understand visitors' experiences. By continuing to use this website, you consent to Columbia University's usage of cookies and similar technologies, in accordance with the Columbia University Website Cookie Notice.Close